User generated content (UGC) can be a brand's best friend. Or it can fall flat on its face. The difference lies in finding a genuine fit between content and partner that resonates with and compels the target demographic.

Generating the right kind of branded UGC requires mindful methodology to deliver ideal brand-building results. To unlock this potential, marketers need to source content that rises from consumers' honest love of a brand. Kraft does this well, for example, with its dedicated recipe page for followers to post Kraft-enabled recipes. In order to produce meaningful results marketers must use disciplined measurement tools that go deeper than collecting "likes."

This is something eyeglass disruptor Warby Parker's been doing since 2012, as well. Customers are encouraged to take pictures of themselves with the different glasses on, sharing them to their social channels with the #WarbyHomeTryOn hashtag. The arrangement is and effective win-win, as consumers receive valuable style feedback from their social networks, and, of course, Warby Parker earns product exposure.

Got my @WarbyParker pkg. These are my favs although I #love them all. What do you think? #WarbyHomeTryOn pic.twitter.com/NnWpusYuY6

And the reward, is earned media at its purest. In fact, Millennials spend 30 percent of their total media time on content created by their peers.

You can bet consumer packaged goods and product managers know the value of UGC on purchase intent. A recent Forrester Research study on the topic revealed that 70 percent of consumers are strongly affected by customer reviews and ratings when making a decision to purchase a product or service. 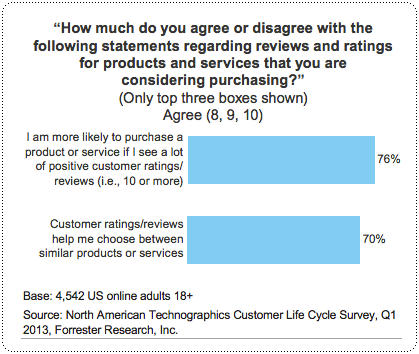 Now with advanced mobile video compression technology and user friendly editing software, UGC is coming from all corners of the earth. In 2014, Estee Lauder created an international breast cancer action campaign where women from all over the world shared stories of inspiration and survival. The campaign was successful because the tales of real women and their partners/family members had a palpable authenticity that could not be denied.

UGC from Every Corner of the Earth

Another example of UGC as a source of new artistic talent comes from "The Real Montana" campaign. The promotion is a short film competition featuring one- minute videos about the experience of living and playing in Montana. This brainchild of The Audience Awards & The Montana Office of Tourism seeks user generated videos that reveal the amazing scenery and unique character of the state.

Entrants compete in a competition format where the audience chooses the winners. The top three videos with the most votes in each category win cash prizes totaling $5,000. The top two videos from each category compete for a total grand prize of $15,000. Expectations for the contest are strong. The Audience Awards expects over 100 film submissions and by the end of the voting period over a million views and 10 million social impressions.

The Audience Awards founder Paige Williams created another competition where 32 original short films were created through "Art MT" for an $8,500 give away. Williams said, "The engagement with the filmmakers and artists is overwhelming. The competition received over 250,000 views and had 2.5 million social impressions. Now that we've proven the model, we're replicating our successful UGCs for other brands and states. "

Spontaneous waves of response to world events or songs occur often now, with people uploading content to YouTube and Vimeo. Pharrell Williams' "Happy" campaign with the United Nations is a great example of a campaign that had officially organized roots, but grew far beyond expectations for its reach. 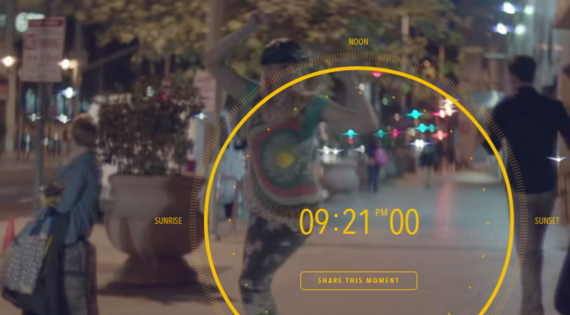 People from 23 cities and 17 countries danced and rejoiced to the song, which earned over 500,000 views and was shared extensively across social media platforms.

Nissan used stop-motion photography from Instagram and Vine for their VersaVid campaign. In their 2013 the auto maker gave customers an easy-to-assemble at your desk paper car, and enticed creative users to develop a story with it. Enticed with the chance at a national commercial exposure, or winning a $1,000 Amazon gift card, Nissan Versa UGC came in like droves.

The future for UGC is wide open. Brands have an imperative to create campaigns containing integrated content that doesn't feel like a traditional commercial. The reason is simple -- users show a preference for viewing content that comes from real people. According to Forrester, only 14 percent of US consumers trust an ad created by a brand compared to 48 percent of users who trust the words, pictures and videos created by other consumers. Carefully crafted calls to action from ad agencies are no match for the unvarnished truth shown in user-generated videos, shaky camera shots and all.

Creative people of all types have the desire to express themselves, and users are passionate in their search for new artistic endeavors. The Internet is inherently democratic. For proof of this look no further than the latest viral video or meme. Images and content that spark curiosity enable anyone with web access to become a creator or curator who freely participates in the creative process. To that we say a robust "Bravo."