Does science call for walking away from protecting wolves across the country? In a word, no.

But the U.S. Fish & Wildlife Service (FWS) announced today that they feel their work to protect gray wolves in the United States is done (not including Mexican or red wolves). Done?

While FWS deserves serious credit for the incredible efforts it made to bring the wolf back, it is now jeopardizing its own accomplishment. The comeback of the wolf in the Northern Rockies and the Great Lakes is undoubtedly one of the greatest success stories of the Endangered Species Act, but it is way to early to call it quits.

Wolf populations around the country are still recovering. Obviously, we don't expect to see wolves everywhere they once roamed. However, if protected, we know that wolves have the potential to return to key states like California, Colorado, Utah, Maine, and New York--all of which have suitable wolf habitat.

How do we know? Take OR-7, otherwise known as Journey; he is an incredible wolf. He has traveled alone more than 1,000 miles, leaving behind his family in Oregon to explore California. In doing so, he made history, becoming the only wild wolf known to be in California in the past few decades. Meanwhile, another 81-pound wolf very recently found his way down to Missouri. (He was unfortunately shot by a hunter mistaking him for a coyote).

Wolves don't recognize state boundaries. They will find their way to new suitable habitats. But, unless they're protected, individual wolves are not going to start families in a new state. In most states, they'll be killed well before they find a mate and start a litter of pups.

We are already seeing what happens when wolves in a particular state lose federal protections. With wolves pulled from the endangered species list nationally, it will be up to the states on how they want to "manage" wolves. When we take a look at the few states where wolves have already been delisted, it isn't looking good.

Often-conflicted state officials, pressured by anti-wolf extremists and other special interests, are increasingly allowing aggressive management policies. Wyoming is opening up more land to shoot-on-sight, limitless killing. Idaho has hired an outside agency to reduce its packs in a misguided attempt to inflate elk numbers. Montana's proposed buffer zone to protect wolves around Yellowstone National Park has been blocked by the Montana legislature. Minnesota allowed the trapping or shooting of more than 400 wolves in the first year. And Wisconsin allowed the killing of more than one hundred wolves, mostly by trapping--an incredibly inhumane form of taking wolves. (We'll spare you the pictures, but trust us, wolves shouldn't have to endure such cruelty.) 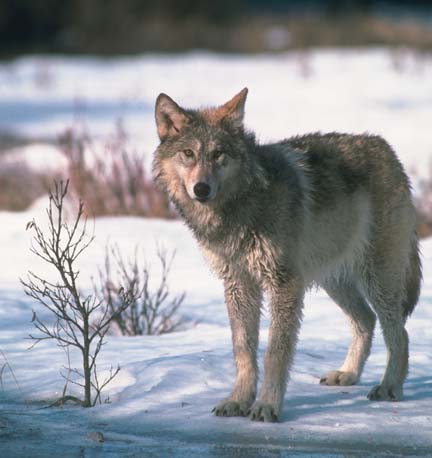 We know wolves are seeking out new territories. We know that states are under pressure to be more aggressive to kill wolves. Given these trends, removing protections from the remainder of the country's wolves hardly seems like a sound, science-based conservation.

We've made such great progress. Why turn the clock back on this incredible success story of the Endangered Species Act? This is a disappointing beginning to Secretary Jewell's term at the Department of Interior. But it doesn't have to be. FWS's announcement is a proposed delisting of wolves. It isn't final yet.

We all need to make our voices heard and request the continued protection of wolves. We've got 90 days to comment. Go to the Federal eRulemaking Portal at http://www.regulations.gov. In the Search box, enter FWS-HQ-ES-2013-0073, which is the docket number for this rule making. And make your comments known.

We will fight to stop this proposal at every step. You can learn more about our work to protect wolves and other endangered wildlife here.

Thank you for standing up and speaking out for wildlife and wild places.