What if a simple blood test could help cure cancer by early detection?

Or, what if we could "edit" the human genome to correct disease genes to ensure that babies aren't born with hereditary diseases?

Finally, wouldn't it be amazing if humans could launch a robotic mission to Jupiter's icy moon, Europa, to see if there really is an ocean of water resting beneath the surface?

While these ideas may seem "out of reach," new developments in the fields of AI, robotics, digital medicine, 3D printing and more are transforming the way we live to ensure a better future.

The Mission to Inspire

Driving this technological revolution is Singularity University. The University's mission is to, "Educate, inspire and empower leaders to apply exponential technologies to address humanity's grand challenges."

Singularity University's Global Summit featured discussions from thought leaders such as Jack Hidary, Chairman of the Hidary Foundation and an encourager of "Moonshot Thinking."

"We are investigating the use of deep learning to improve the accuracy of diagnosis in cancer. We believe that in addition to better diagnoses, AI will significantly improve the prediction of how a patient will do on various treatments based on the biopsy and other metrics, Jack explained. 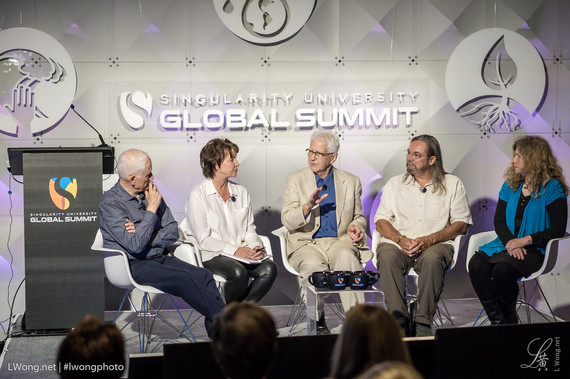 Esther Wojcicki was also a speaker at the Global Summit, discussing the work she is doing with ExplorePlanet3, a science-gaming startup that uses augmented reality to teach science to kids in grades 6,7,8.

"It is a revolutionary way to engage kids in what would ordinarily be a dry subject focused on memorization. The product launched in Nevada schools at the beginning of October. Why Nevada? They are one of the lowest performing schools in the nation and we wanted the challenge," Esther said.

"Singularity University gave me profound hope for the future of humanity in a way that no other experience in my life has. We are going to see exponential technologies embedded in everything that helps us live our lives in powerful, positive ways. For the bottom billion as future exponential leaders, we must be the change we need to see in our world, and empower them to rise out of extreme poverty and become part of the abundance that awaits human beings in the near future." 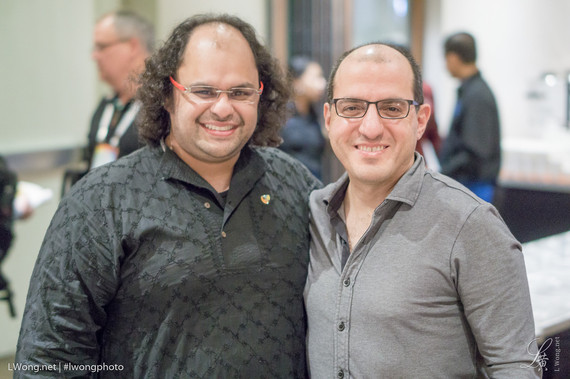 What The Future Holds

Programs and initiatives offered through Singularity University are not only driving change, but are also encouraging others to become involved in this technological revolution.

For example, Miroculus is a precision medicine startup planning to create widespread access to affordable early-stage cancer detection. The company is building a 3D-printing device called "Miriam" that will utilize a small blood sample to diagnose early-stage cancer.

The device uses digital microfluidics, a new technology creating a "lab on a chip" that can be designed with a step-by-step protocol for transferring and analyzing tiny fluid samples. The idea for Miroculus was originally developed at Singularity University's Global Solutions Program in 2013.

The discovery of CRISPR/Cas9 is another example of technology driving future innovation. CRISPR/Cas9 is a tool that is being used to "edit" the human genome with incredible precision and is already being used by biologists to alter DNA.

By editing the DNA of cells or the embryo itself, it could be possible to correct genetic diseases and pass those genetic fixes on to future generations. This could be used to rid families of cystic fibrosis or muscular dystrophy, for example.

Finally, a variety of robotic subs are being tested underneath the ice in Antarctica to determine which technologies will work best when NASA eventually launches a mission to Jupiter's icy moon, Europa.

Astrologists have been intrigued by Jupiter's ice-covered moon since evidence was found showing an ocean of water beneath the surface. This body of water could potentially contain twice as much water as earth, as well as include signs of life.

The Future is Upon Us

While applying technology to drive innovation is still an emerging concept, benefit corporations such as Singularity University, along with emerging startups, are helping innovate this change.

"We want to help individuals and organizations think differently about the future of technology and their role in creating it. Grand challenges still exist because we haven't brought together the right people to create change. At Singularity University, we have some great opportunities that give people anywhere on planet the ability to solve problems that have never been solved before. We are creating a forum to empower people to do amazing things," explained Rob Nail, CEO and Associate Founder of Singularity University.

Now, entrepreneurs can focus on new ways of using technology to create a better world for us all.