The undivided attention of a 10-year-old kid is a difficult thing to capture. It's even harder to hold. But somehow football does both. The game has a unique ability to ignite a young imagination and, as America's most popular sport, wields immeasurable influence over millions. It's exciting to watch and fun to play.

Football provides something else too: an unmistakable opportunity to teach a captive audience of young people about character. It's a rare opening and we feel very strongly that it shouldn't be wasted. So we use the game as a hook to teach kids that strength of character is an essential ethic for a successful life. 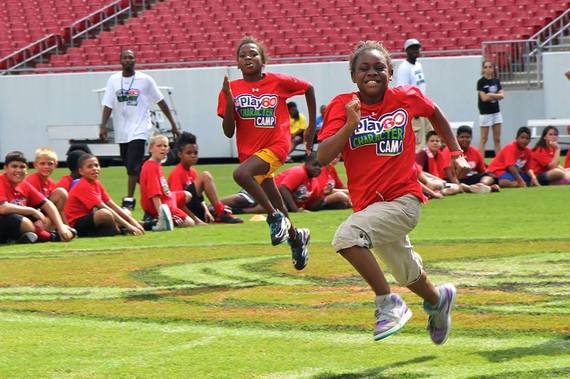 We've teamed up with the NFL for a series of youth football camps focused on character. We host boys and girls in cities around the nation for non-contact sessions on football and life. It's part of the NFL's successful PLAY 60 franchise and we've done 50 of them since 2012. We see these camps as a proven mechanism for teaching a set of values that are much more important than the game itself.

We teach kids that personal character can propel them much further than their speed or agility on the field. We share how discipline and perseverance can help overcome adversity. We talk about loyalty and integrity because those qualities will help them become a constructive force in any organization. We explain how respect and selflessness can improve relationships. 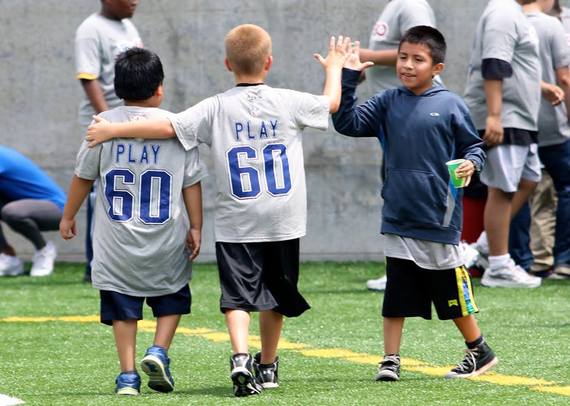 Of course, the traits we teach certainly require more than a one-day camp to ripen. Character takes time to develop. It takes plenty of encouragement too. And in our experience, an enduring commitment from a mentor is vital. For many kids, that mentor is a parent. But sometimes a parent is either not an option, or not enough.

We both credit much of our success to a handful of special people who invested in us. We were blessed with strong mothers who gave everything they had to set us on the right path and there were others who selflessly guided us along the way. Siblings, coaches and other father figures played an outsized role in determining the type of people we are today. 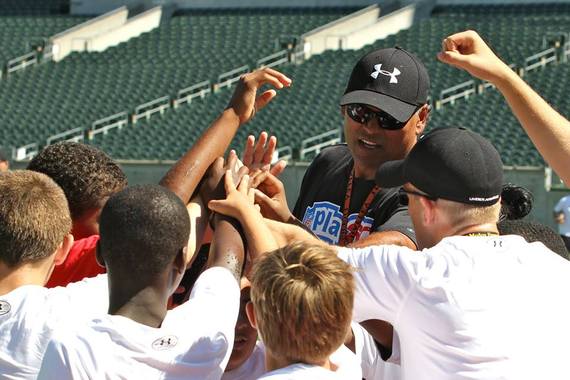 Their sacrifice on our behalf fuels our passion to pay it forward with the next generation. It compels us to relay the lessons we were taught at a young age about the importance of character. It drives us as we recruit others to do the same.

The good news is that you don't need a background in professional sports to make a positive difference in the life of a young person. The figures who had the biggest influence over our youth never played a down in the NFL.

They captured our undivided attention because they cared about us. They taught us life's most important lessons. And they showed us that character is much more important than football. 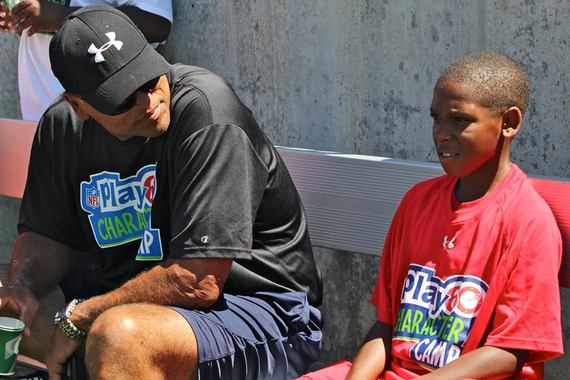 Tony Gonzalez is a former player for the Atlanta Falcons and the Kansas City Chiefs and he's widely considered to be the best tight end in the history of the NFL. He currently works as an analyst for CBS' NFL Today and his personal story is the subject of a new documentary called Play It Forward airing on SHOWTIME Networks. Anthony Muñoz is a member of the Pro Football Hall of Fame, former Cincinnati Bengal and recognized by many as the greatest offensive lineman of all time. He currently runs a charitable foundation that awards scholarships and conducts youth leadership seminars and he works as a paid consultant for the NFL.