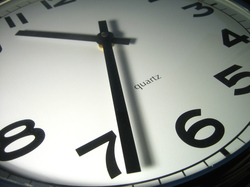 A number of studies have pinpointed the best times for achieving the best results as we work to succeed at life. Here what researchers have found.

YOUR MOST PRODUCTIVE TIME AND DAY

A study commissioned by Accountemps found that Monday and Tuesday are the two most productive days of the week for employees. However, if you want to make each-and-every day productive, research has found that a simple early morning practice of mentally framing your day in a positive light goes a long way to generating the mindset that sustains high performance, enabling you to meet the day's challenges with clarity, creativity and optimism. This simple practice only takes five-minutes first thing in the morning but the research shows that it delivers a big return on the investment.

When you consciously frame your day in a positive manner, you experience more positive emotions during the day (such as excitement, joy, and pride), and a positive emotional state is what activates the higher order brain function that sustains peak performance. As a result, you are more likely to be fully engaged in your work, and the Gallup Organization's study of 82,000 business units found that those which were highly engaged employees were two to four times more productive and profitable.

In addition, when you consciously frame your day in a positive light, you are more likely to feel connected with others and be more collaborative, and you'll sleep better that night. That's a big return on investing five minutes each morning to frame your mind for success.

YOUR MOST CREATIVE TIME and DAY OF THE WEEK 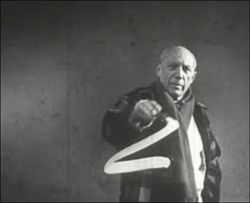 The research shows that there is not a best time of the day for generating the kind of breakthrough creative insight that solves a problem or leads to innovation. Creativity syncs with your own internal clock. If you identified yourself as a morning person, you will be better at creative problem-solving in the afternoon and evening. If you are a night owl, you will experience more "aha!" creative insights earlier in the day. This is because when your brain is working through your to-do list, focusing on one thing and then the next, it narrows perspective, screening out anything irrelevant to the present task. But these seemingly 'irrelevant' mental hits are often the beginnings of a creative insight.

A narrow focus is great if you're doing a task that requires concentration. But brain research on creativity has found that creativity is more organic and holistic. It requires being open to seeing all the dots as each gradually connects to the other to deliver an Aha moment of creative insight.

Studies have shown that the creative insight that solves a problem, or helps us think out of the box, or leads to innovation requires stepping away from the grind. It's born in the relaxation of letting everything go, freeing your mind and brain. A relaxed mood is a precondition to generating creative insights or 'ah-ha' moments. A recent breakthrough study on creativity at Stanford found that analyzing and thinking about a problem blocks the creative processes that can solve it.

Research shows that Tuesday afternoon at 3:00 pm is the best time of the week to schedule an important meeting, partly because of people's availability. Almost half of the large number of people studied responded that they are usually available for a 3 o'clock meeting on Tuesday. First thing in the workday is when the fewest people are available. Additionally, a 3 o'clock meeting gives people ample time to prepare for the meeting. Also, steer clear of Mondays for important meetings, when people tend to be moody, and avoid scheduling meetings between 1:00 and 2:00 PM, because it is the sleepiest hour of daytime when biorhythms shifts to siesta mode.

MORE IMPORTANTLY, GET THE STRESS OUT OF THE ROOM 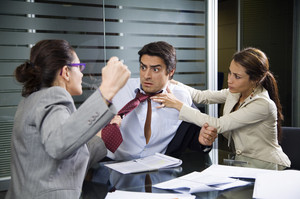 Lower the level of stress in the room by training employees on how to alleviate stress. It's a matter of teaching people the practice that generates the neuroplastic change which rewires the brain to quell chronic stress reactions instead of inciting them. This skill is critical not only to a successful meeting but to sustaining the fearless self-confidence that succeeds at every level of life. That's because stress hormones make people emotionally negative, non-collaborative (meaning fight, flight, or freeze behaviors), and can temporarily lower the level of IQ by as much as 40%. On top of that, stress hormones short-circuit neural networks that enable people to brainstorm and think creatively.

BEST TIME TO SELL OR APPLY FOR A JOB, LOAN or COLLEGE

A study by Bright.com found that people who apply for a job on a Monday have a 30 percent better chance of advancing to the next round. And try not to be the last thing on someone else's schedule. Researchers at Penn and Harvard business schools found that when five similarly qualified candidates were interviewed on the same day, the last one to interview received lower scores than they deserved. It's a phenomenon called "narrow bracketing," and it could apply to any situation from selling widgets to applying for college admission. You're routinely penalized if you are slotted late in the day or are the last one in line.

BEING HONEST AND FAIR

If you need to get an honest answer from someone, Harvard researchers found that the morning is the best time to ask. They've found that people tend to be moral in the morning, but dishonest in the afternoon. It's called the morning morality effect. People tend to have higher levels of moral awareness in the morning, meaning less lying and cheating, and more likely to make unethical decisions as the day wears on. The study found that students cheated 25 percent more often in the afternoon. This effect was found to be even stronger for people who tend to be loose about being ethical. The morality effect is the results of being mentally tired. As the day drags on your moral resolve wears down.

Above all, learn the practice that changes your brain to bust stress reactions, 97 percent of which are mind-made. Busting stress reactions not only regains the higher brain function that makes your success inevitable, it also creates the neurological condition that stimulates the growth of new brain cells forming new connections between existing neural networks, increasing your capacity to succeed.