"What happened to Christmas?"

A USPS holiday stamp ad had some Twitter users up in arms over the omission of the word "Christmas." 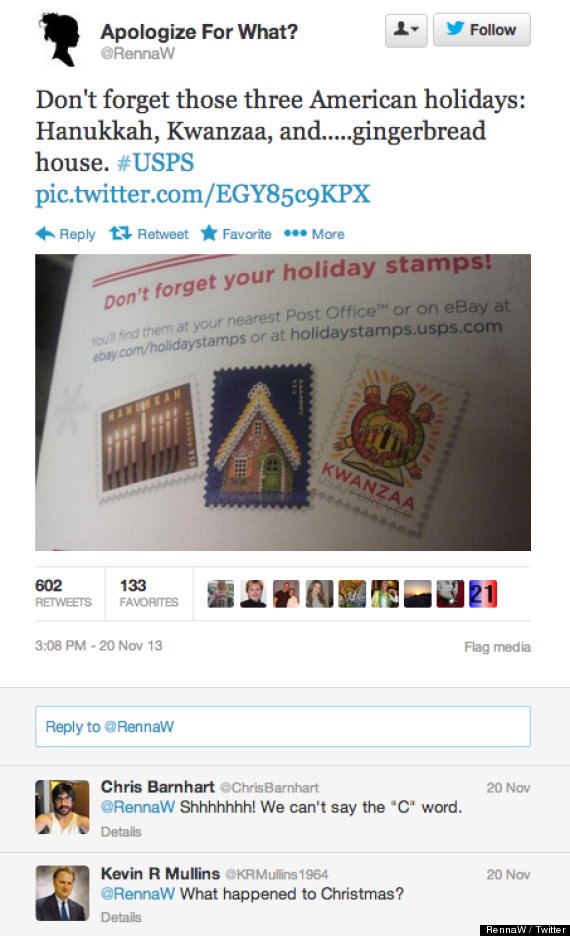 The kerfuffle comes in the wake of a "Naughty or Nice" list published by the American Family Association which ranks companies by how "Christmas-friendly" they are. They even set up a hotline for people to complain about Christmas-friendliness or lack thereof, as well as a memo concerning one's "rights of seasonal expression at Christmas."

USPS actually has a large selection of stamps which explicitly say "Christmas" as part of its holiday stamp collection. However, on their holiday mailer, they chose to feature a gingerbread house stamp along with Kwanzaa and Hanukkah stamps. 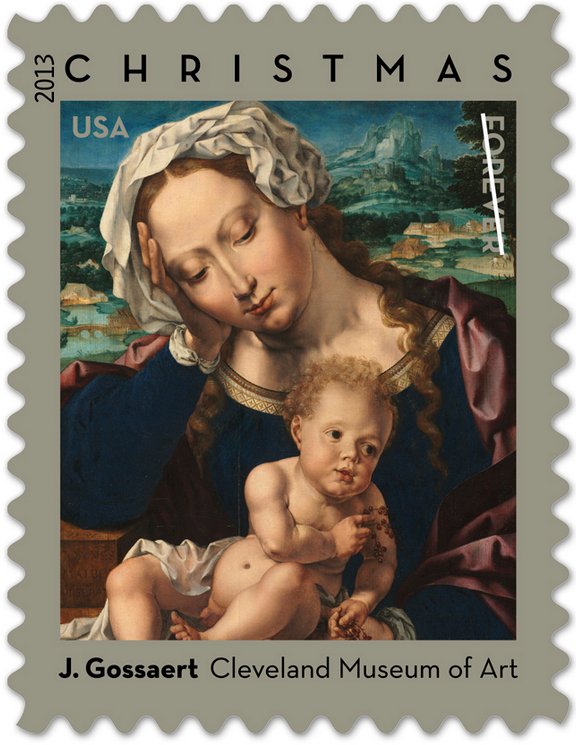 One of the stamps available

However, some customers bemoaned the fact that an explicitly Christmas-themed stamp was not part of the holiday mailer.

I feel it is a slight to advertise Holiday stamps and not actually represent one of the Holidays. Gbread House is not Christmas @ShannonPoe

USPS apologized on Twitter, explaining that they "did not look to offend or exclude any religion."

We apologize for not including all of our holiday religious-themed stamps due to design constraints. View them all @ http://t.co/r0EGurMCHL 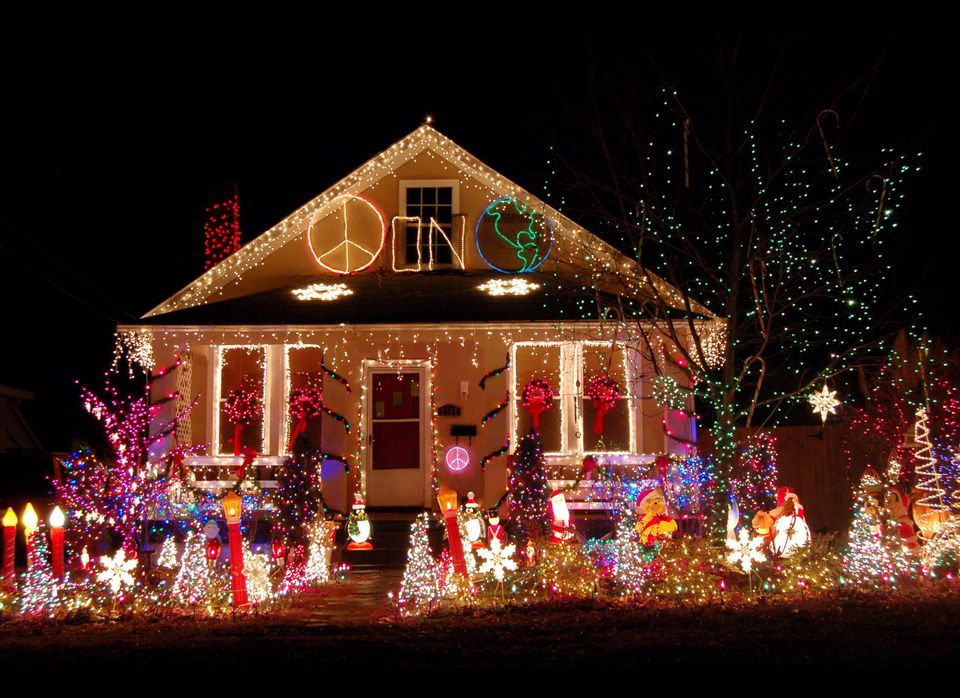 1 / 15
Peace on Earth, but not on my lawn!
Courtesy of flickr user taberandrew