If there were tombstones for ships, the one for the USS Monitor would read: January 30, 1862 - December 31, 1862. So it's fast approaching the 150th anniversary of its active service. Many genealogists are Civil War buffs, and I'm no exception, but as a genealogist, I'm especially interested in the men who served. One of the 16 who lost their lives when the Monitor went down in a storm off the coast of North Carolina on New Year's Eve is a hometown hero of sorts, Ensign George Frederickson, a Danish immigrant who made Philadelphia his new, if temporary, home. Given my proximity to his former haunts, I decided to take a closer look at his truncated life.

PHOTO GALLERY
Men of the USS Monitor: George Frederickson of Denmark and Philadelphia

Those especially interested in the USS Monitor or history mysteries in general may enjoy reading this previous article about William Bryan, who also served on the Monitor. 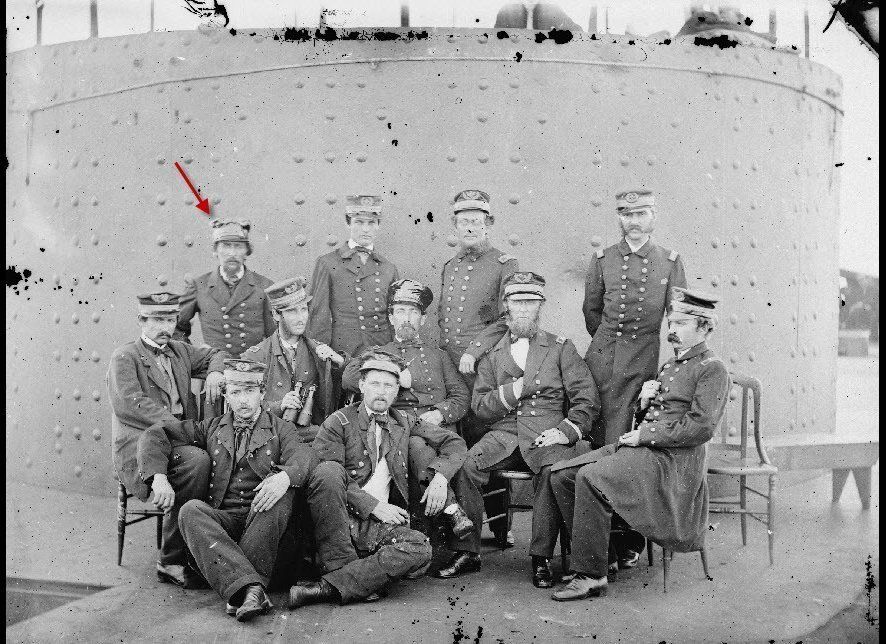 1 / 7
Officers of the USS Monitor
Largely because Frederickson was an officer, it’s possible to identify him in this well known photo James F. Gibson took of the <em>Monitor</em>’s officers grouped beside the turret. Frederickson is the fellow indicated, a slim, short-statured individual. (Those wishing to examine every nuance of the image may wish to consult the <a href="http://www.loc.gov/pictures/item/cwp2003005888/PP/" target="_hplink">Library of Congress website</a> which makes high resolution images available.)