Imagine: A massive open-pit coal mine next to a wilderness jewel. A scenario like that might have been routine in the past, but this is the 21st century, when many cleaner, more sustainable ways to power our economy abound. We no longer have to sacrifice an iconic landscape in order to burn some dirty rocks.

And yet a mining company got approval last month to open Utah's first-ever strip mine for coal in the small community of Alton. Few new coal mines have opened in the West in the past decade since most developers focus on expanding existing mines, not reaching into untouched wilderness. And that's what makes this mine so troubling: it will be located 10 miles from Bryce Canyon National Park. 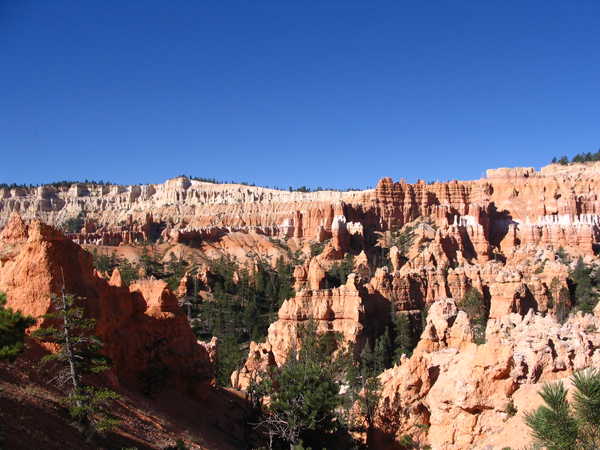 The truth is we don't need this coal. The developers claim they have a contract with a Utah utility, but they won't disclose which one. It's questionable whether local utilities even have the need for such sizeable quantities of coal. Instead, rumors indicate that a lot of the coal will be hauled to a West Coast port for shipping, possibly overseas. If the company is so confident there is a market for its product, it should name its buyers.

The West has a long history of outside companies extracting local resources, selling them elsewhere, and leaving nearby communities to clean up the mess often at taxpayer expense. No matter what they might tell you, there is no reclamation plan that can return on open pit mine to a natural, wild state. Once that untamed spirit is gone, it's gone for good

Some places are simply too special to industrialize. Bryce country is one of them.

Even within Utah's renowned redrock splendor, Bryce is unique. Nowhere else has the same combination of pink and orange rock fins that gracefully descend into the canyon, sandstone spires that seem sculpted by a giant's hand, and soaring ponderosa pines that add a splash of green to the red canyon walls.

At more than 8,000 feet in elevation and with little moisture, Bryce country has extraordinarily crystalline air that is so clear you can see 100 miles from the canyon rim. It is also home to some of the darkest skies in the nation, revealing a universe more crowded with stars than city dwellers could possibly remember.

This singular beauty is what tens of thousands of people come to Bryce Canyon National Park each year to see; they do not come to see the gray gash of a coal mine.

People in nearby communities realize this and are deeply concerned about the future of their jobs. Many of them depend on the tourist industry, and the mine is a threat to their livelihoods.

Not only will the open pit erode the natural landscape, but it will intrude on the human one as well. Every day, more than 300 heavy-duty trucks will haul coal down the National Mormon Heritage Highway, a narrow two-lane road that meanders through several historic towns, like Panguitch.

Panguitch is a magnet for travelers. The entire original town site is listed on the National Register of Historic Places, and its streets are dotted with beautiful red brick homes built by the pioneers who followed Brigham Young's call to settle the valley.

Large trucks coming through Panguitch already have a hard time negotiating the turn at the only intersection in town. Now a wave of massive vehicles is about to descend. A coal truck will leave the mine every seven minutes around the clock six days a week, bringing traffic, noise, and highly toxic, health threatening diesel fumes into a swath of quiet rural communities.

Locals are worried about what coal dust and other pollutants from the mine will do to their crisp, clean air. They have found little comfort from the Utah Division of Air Quality, which admitted it does not have the money or expertise to monitor the mine.

Even without a clear indication of how state agencies will manage the risks, Utah Governor Gary Herbert asked regulators to expedite the mine's permit. In fact, he made the request shortly after he met with the mine's developers and his campaign received a check from them for $10,000.

Ultimately, the Alton Coal Mine is not only about Bryce National Canyon or Utah's wildlands. It is also about how we as a nation manage our natural and energy resources in a new century.

We could continue to mine every coal seam we come across. But if we pass more policies to promote clean energy sources like wind, solar, and efficiency expands, we won't need as much coal as we once did.

We could continue to pretend these fights are about jobs versus the environment. But the truth is that beautiful wild places like Panguitch support vibrant tourism industries which mean jobs. Even within the energy sector, the jobs are increasingly found in green power. There are 80,000 coal miners in the nation, but there are also 80,000 people working in the wind industry--an industry that hardly existed a decade ago.

We have arrived at a moment when we no longer have to choose between powering our nation and preserving our wilderness heritage.
The Utah Board of Oil, Gas, and Mining failed to make the future-oriented choice, and last week my friends at the Natural Resources Defense Council and their partners asked the Utah Supreme Court to halt progress on the mine so local residents and people across America who love wild places can have their voices heard and help make the cleaner, more sustainable decision. You can do your part by telling Governor Herbert to stop this mine now.