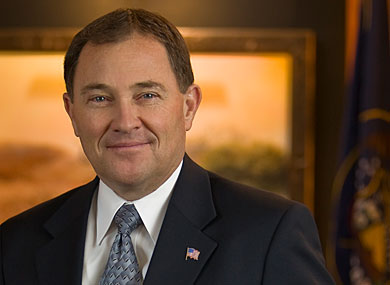 Utah announced yesterday that they are considering a new law that would criminalize an "intentional, knowing or reckless act" that led to an abortion without doctor supervision. The bill stems from the case of a woman who had her stomach beaten in order to abort a fetus. Utah wants to prosecute. The law is on its way to the Governor's desk and the uproar, quite rightfully, around the country is growing.

Forget for a moment that this law applies to the entire duration of a pregnancy, meaning that a miscarriage at any moment opens up a woman for investigation and prosecution. Forget for a moment that "reckless" behavior can mean any behavior where a woman consciously disregards a substantial risk that the pregnancy would result in miscarriage because of her actions (that's the penal code definition). Even forget that this new law changes the target of the anti-abortion movement from the abortion providers to the women themselves - making women victims twice over.

What I want to know is, how can a state that can't afford to keep twelfth grade afford to launch all these complicated criminal investigations into the pregnancy status and reckless actions of Utah's women?

You might remember that, just last week, Utah's State Senate was seriously considering a proposal to eliminate twelfth grade or make it optional in order to save the State as much as $102 million. They are cash strapped and desperate, so desperate that their children's education is no longer a priority.

But if your friend gets pregnant, fails to put on her seatbelt, gets into a car accident that is not her fault and then loses the fetus. Well, she is most certainly going to be a spending priority for Utah.

Think how many kids could have completed their high school education (an education that means Utah students won't always be the dumb ones in the nation's freshman university classes) with all that money spent on prosecuting your friend.

Utah has its priorities seriously turned around. It also is about to take a great step backwards in terms of women's rights and privacy rights in this country. It may be up to the court's to correct this travesty of law-making. I hope the Constitution is up for the challenge.

* Thank you to Alex Leo for invaluable input for the above piece.