A group of dinosaurs roamed across a patch of ground in southeastern Utah around 125 million years ago, leaving behind more than 200 footprints.

The tracks went undiscovered until 2009, when a hiker from nearby Moab stumbled across them and alerted scientists, who kept the location secret while they worked to excavate and study the incredible find. Now five years later, Deseret News reported, the off-limits area is being prepared for an unveiling to the public, scheduled for around October.

Photos of the Cretaceous-era site provided to The Huffington Post by the Bureau of Land Management include tracks from large three-toed therapods, ancient crocodiles as they slid along the ground, raptors, and other extinct animals.

Rebecca Hunt-Foster, a paleontologist at the bureau, told Deseret News that the well-preserved tracks now have been photographed in 3-D.

"And then we'll be able to replicate any of the tracks, should they ever be damaged or destroyed,” she said. “People will be able to study them without doing damage to the actual surface."

Check out photos from the soon-to-be-unveiled site below. 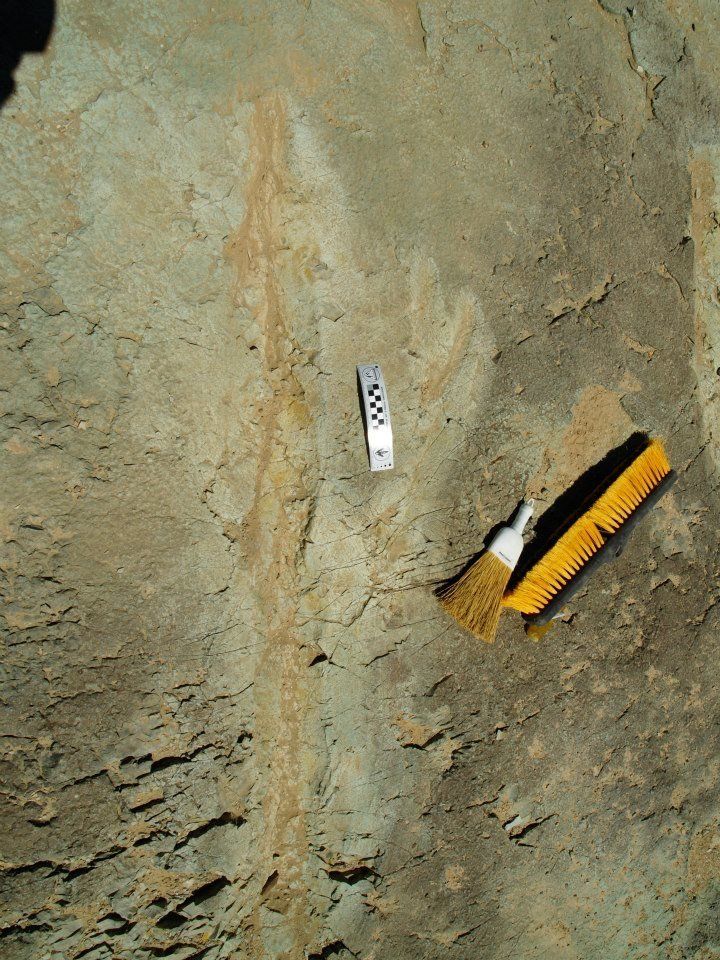