The state of Utah just let a very big fish off its hook.

After months of sparring with Utah politicians over their repeated attacks on public land protections, including the creation of Bears Ears National Monument, the world’s largest outdoor retail show has decided to part ways with Salt Lake City and find a new home.

The decision was announced Thursday after officials of Outdoor Retailer, the Outdoor Industry Association, Patagonia, The North Face and REI participated in what clearly proved to be a fruitless teleconference with Utah Gov. Gary Herbert.

“Salt Lake City has been hospitable to Outdoor Retailer and our industry for the past 20 years, but we are in lockstep with the outdoor community and are working on finding our new home,” Marisa Nicholson, show director for Outdoor Retailer, said in a statement.

In its own announcement, the Outdoor Industry Association, one of several sponsors of the biannual event in Salt Lake, said it is clear the Republican governor has a different perspective ― one it feels is “bad for our American heritage” and the 1,200 businesses it represents.

“It is important to our membership, and to our bottom line that we partner with states and elected officials who share our views on the truly unique American value of public lands for the people and conserving our outdoor heritage for the next generation,” Amy Roberts, executive director of Outdoor Industry Association, said in a statement.

The biannual outdoor gear show has been held in Salt Lake for more than two decades. Each year, it draws hundreds of brands and suppliers, and roughly 40,000 visitors. It generates $45 million for the Salt Lake economy.

In an interview with the Salt Lake Tribune, a spokesman for Herbert said Outdoor Retailer’s decision is “offensive” and “reflects a gross ingratitude” for the city of Salt Lake.

“It perpetuates the false narrative that Utah — a state that derives much of its inspiration and identity from its iconic public lands, a state that invests tens of millions of dollars into the protection of and access to its public lands — is somehow hostile to those public lands,” Edwards said in an email to the newspaper. “It shows how a political agenda, rather than reason or merit, seems to have captured the decision-making at the Outdoor Industry Association.”

The association, however, says Utah has “a long history of anti-public land sentiment and action,” including supporting the transfer of public lands to the state and overturning a newly established monument.

In December, Utah Attorney General Sean Reyes (R) moved to sue the White House after President Barack Obama set aside nearly 1.4 million acres, including sacred tribal lands, to create Bears Ears National Monument. The Navajo Nation and conservationists, who pushed Obama to designate the monument before President Donald Trump took office, hailed it as a victory. But Reyes, later joined by Herbert and the state’s Republican lawmakers in Washington, blasted the move as a federal land grab and urged Trump to undo it.

Sen. Orrin Hatch (R-Utah) told The Washington Post last month that Trump is “eager” to work with Republicans to undo the Bears Ears protections and that the new interior secretary has pledged to quickly address “this travesty.”

Major outdoor retailers vowed to take action if the Republican leaders refused to stop challenging the designation. Patagonia, the upscale outdoor apparel giant known for its environmental activism, pledged to boycott the state. Peter Metcalf, co-founder of the gear chain Black Diamond Equipment, urged the Outdoor Retailer show, which he helped bring to Utah 20 years ago, to leave the state. Patagonia pulled out of the event earlier this month.

“It would be totally unprecedented to rescind a national monument and designated public lands,” Patagonia CEO Rose Marcario told The Huffington Post at the time. “That, to me, is frankly a horror that anyone would be considering that.”

The White House is not explicitly barred from altering a previous president’s designation, but such a move would be a first. Legal analysis by the Congressional Research Service suggests that presidents may adjust, but not completely abolish, a prior designation.

The Utah fight comes as Republicans, emboldened by their November election sweep, and environmentalists stand at odds over the future of public lands. House Republicans made it easier to sell off public lands by voting to change how the government calculates the cost of transferring those parcels to states or private developers on the very first day the 115th Congress convened.

In January, Rep. Jason Chaffetz (R-Utah) reintroduced a bill aimed at selling off 3.3 million acres of national public land in 10 states ― an area nearly the size of Connecticut. Less than two weeks later, however, facing a wave of public backlash, he withdrew the measure, saying “groups I support and care about fear it sends the wrong message.”

Unsurprisingly Chaffetz’s decision has been hailed as a victory by conservationists. But it clearly wasn’t enough to convince Outdoor Retail to stick around.

And neighboring Colorado already has its sights set on becoming the next host.

Here are the ads we ran in #Utah newspapers urging the @OutdoorRetailer show to move to #Colorado because of #publiclands! #keepitpublic pic.twitter.com/em3X0doX9r 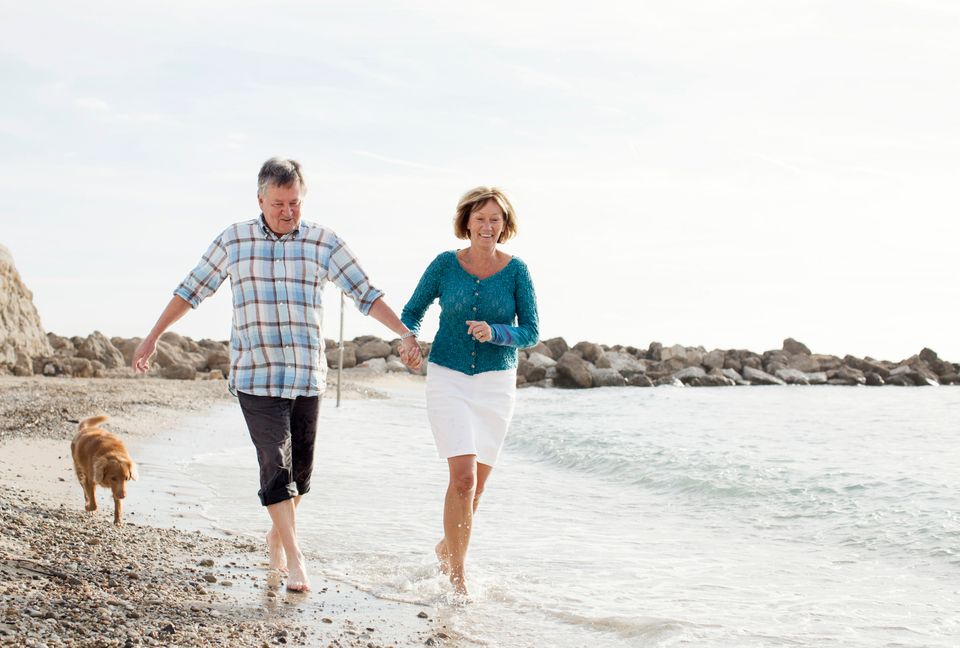 1 / 7
Take a walk on the beach
<br>Who says exercising can't feel good? Enjoy the breeze of the ocean with a nice relaxing walk on the sand. Research shows that bodies of water like seas, lakes and rivers have a <a href="https://www.theguardian.com/sustainable-business/impact-sea-lakes-rivers-peoples-health">calming effect on people</a>, and that if you can <a href="https://www.washingtonpost.com/news/inspired-life/wp/2016/05/10/its-time-to-move-to-the-beach-its-for-your-mental-health-research-says/">see water from your home</a>, you&rsquo;re less likely to report psychological stress.
Maskot via Getty Images