Founded in 1961 and presenting its first season in 1962, the organizers wanted to create something special. And they have. While all the festivals like the one at Stratford-upon-Avon, Ashland Oregon's Festival and others around the world have many things they can boast about, the Cedar City experience is unique.

"We are more than just productions; we surround our plays with activities that can fill up the entire vacation day for a patron. Starting in the evening with an in-depth orientation on the play that will be seen that evening, we then offer a free half hour of entertainment designed to put the play-goer in a complimentary mood for the play they are about to enjoy; this is followed the next morning by a compelling talk-back (seminar) on what the patron saw and experienced the night before. This is followed by discussions on the matinee they might have also seen the previous day and then a demonstration on costumes, stage properties or a personal visit with actors from the production. All of this 'surround' experience is designed to provide additional insight and appreciation for the productions viewed. We try to visit with patrons at the Festival every performance... prior to and during intermissions. These personal greetings are designed to let the customer know that he/she is more than a customer to us, we consider them friends and family."

As Fred alluded, all the plays are discussed in some detail beforehand with theatergoers free to ask any and all questions they may have about the play, the characters, or the time in which Shakespeare wrote the play. The next day after the play, in what has been called a "Literary" seminar, you can ask about anything you saw or heard, felt or believed and discuss it at length. And on other days the actors spend an hour with those who yearn for even more. Many of the actors said this opportunity to talk with the audience was one of the most unique things about the Cedar City Festival that they cherish.

By the way, all of these discussions are free and open to the theater going public.

Like Shakespeare events in most venues, the synopses of each play, the cast list, characters in each play, relevant articles, festival news and "happenings" are listed. Perusing the festival's site is a great way to start to understand the man and his plays. In addition to Shakespeare's works, Broadway plays and musicals are also offered, but the focus remains on the bard. 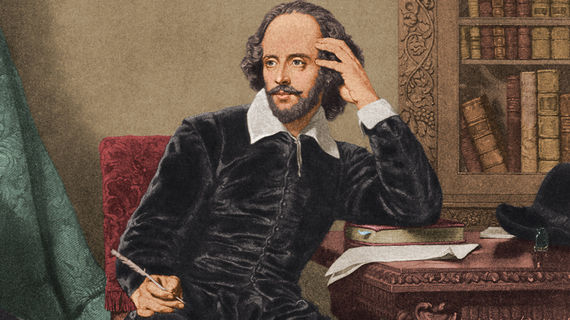 Ben Johnson, an English playwright, poet, and literary critic of the seventeenth century, whose artistry exerted a lasting impact upon English poetry and stage comedy once said of Shakespeare, "He was not of an age, but for all time."

According to Amanda Mabillard, author of Why Study Shakespeare? :

"Shakespeare's ability to summarize the range of human emotions in simple yet profoundly eloquent verse is perhaps the greatest reason for his enduring popularity. If you cannot find words to express how you feel about love or music or growing older, Shakespeare can speak for you. No author in the Western world has penned more beloved passages."

This is in part the reason that the producers, artistic directors and managing directors of over thirty-seven Shakespeare festivals and companies met in Washington D.C. over a decade ago to create a new organization called the Shakespeare Theater Association (STA).

STA was founded to "Bridge the gap between scholarship and production...and promote better teaching of Shakespeare in school." As Cindy Tumiel, at the University of Texas at San Antonio has noted, "Shakespearean works are required reading for high school English students and a course or two for college students who study writing or literature...Even in prisons, teachers find that Shakespeare offers contemporary connections that open pathways to learning for some of society's most marginalized."

It is no wonder why Shakespeare is widely regarded as the greatest writer in the English language and the world's pre-eminent dramatist, and why appreciating his work is so vital to understanding. As Shakespeare said: "We know what we are, but know not what we may be."

Most of the Utah Festival plays are available until October 18th.