Robert Manzanares has been fighting for his constitutional right to nurture his daughter for an astounding eight years.

These are just two of the many fathers fighting Utah for virtually stealing their children and having them adopted without their fathers' consent. 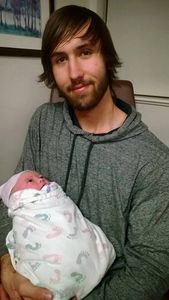 Mormons are opposed to abortion and also to children being raised by unmarried mothers or fathers (without recognition that the vast majority of single parents go on to marry and married adopters, even Mormons, divorce.). Adoption is encouraged and adopted children are "sealed" to adoptive parents and considered as natural children for all doctrinal purposes, including tracing genealogical lineage.

During the 1970s, LDS Family Services, a private nonprofit corporation owned and operated by The Church of Jesus Christ of Latter-Day Saints, became a major player in US domestic adoptions.

With nearly 70 offices worldwide, LDSFS was, according to investigative journalist, Kathryn Joyce:

"a top donor and the second-largest member of the adoption lobby organization National Council for Adoption, which has helped shape adoption policy at the national level. In 2005, NCFA inducted LDSFS into its 'Adoption Hall of Fame' for the agency's work in adoption policymaking, helping to make Utah a 'national-model' for 'pro-adoption' states."

"Pro-adoption" sounds humanitarian and it might be if it involved finding safe adoptive homes for children in need, such as those in foster care. The truth is far less noble, however, as the goal is obtaining newborns to be placed with married Mormons often via unethical adoption practices.

As with Catholics and Evangelical Christians, children conceived outside of marriage are considered in need of salvation, which is accomplished by being raised by married couples. At the same time this helps to increase the Mormon population.

In July 1, 2014, LDSFS got out of the adoption business, but the legacy of lax "pro-adoption" laws in Utah - which has a 60% Mormon population - remains, with attorneys facilitating the procedures.
.
A class action suit by twelve fathers led to a new law in May, 2015. No longer can mothers be transported to Utah from out-of-state for the purpose of adoption without informing their baby's father. However, nothing has undone the harm caused to families unnecessarily by deceitful and unethical adoption practices. They have caused many contested adoptions and long drawn-out interstate battles, while children's lives remain in limbo. 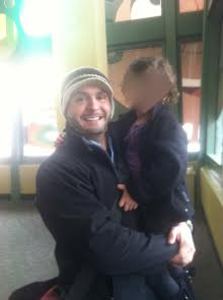 As a single father, Rob Manzanares did everything legally and morally to protect and maintain his constitutional rights as the father of his daughter. He even obtained a Utah Supreme Court decision in 2012 that dismissed the adoption because of fraud on the part of Carrie, her brother and his wife. Despite him doing everything right and nothing wrong, having thus far invested nearly $200,000 in legal fees for almost eight years of hearings, trials and appeals in two states, it is still not over.

Rob is 38 years old and currently married with a 5-year-old son. He works for the Federal Government holding top secret clearance. He is a Big Brother to a troubled teen in the Big Brothers Big Sisters organization and coaches soccer and basketball. Rob's motto is: "Fatherhood starts at Conception and Never Ends!" He has become a champion for father's rights and is well versed on the state laws on paternity and putative father registries.

Rob and Carrie met at 29 and after two months of dating, they moved in together in Colorado. About 8 months later they found out they were to become parents.. When Carrie was 12 weeks pregnant, she began talking about adoption and he immediately told her he would never consent to his child being adopted.

Carie was a non-practicing Mormon when they met who returned to her faith when she became pregnant.

"She came home one Sunday afternoon after her Mormon Church service and said she had spoken to her Bishop and he told her that she needed to have our daughter adopted by a Mormon Family that could provide for our child better. I said again I would never consent to an adoption and that I would do whatever it took to keep my child from being adopted."

Carrie and Rob separated the following week and Rob began paying support to help with doctor bills and other expenses. The court has recognized that Rob paid more than $2500 in support during Carie's pregnancy and kept in contact via email inquiring about their unborn child, an important fact in establishing paternal rights for unmarried fathers. Court documents also verify that Rob repeatedly told Carie that he wanted to raise their child and would do so alone if necessary.

Rob hired an attorney who wrote to LDS adoption services, which Carrie was dealing with, and informed them that he opposed the adoption. In November 2007, Carie asked a Colorado adoption agency to contact Rob, requesting that he sign papers consenting to the adoption. Rob refused again indicating that he would actively oppose any proposed adoption.

Utah and a Tangled Web of Lies and Fraud

In a Jan 2008 email, Carie mentioned traveling to Utah to visit her father. She told Rob that when she returned to Colorado they would discuss the baby and adoption. Rob then had his Attorney file for Paternity Action in Colorado and an Injunction to Adoption on January 13th, 2008. Carrie responded to the action stating that she would not go to Utah to relinquish their child.

A hearing was set for Feb. 20th, 2008 in District Court of Denver. On that morning Carrie called the court in Denver, Colorado, stated that she was in Utah visiting her ill father and asked for the hearing to be continued. Unbeknownst to me she was at the Utah District Court filing for the adoption of our daughter to her brother and sister in-law 15 minutes after she called the District Court of Colorado. Rob had no idea his daughter had been born 2 days earlier, five weeks prematurely, and was alone in a prenatal care unit in Sandy Utah.

Carrie executed the consent to adoption in Utah without informing the judge of the Colorado proceeding. When Carrie returned to Colorado no longer pregnant and without their baby, Rob rushed to every hospital in Denver trying to find his daughter. Rob's attorney was granted a hearing in Colorado. Rob says:

"During the hearing I find out lie after lie and finally the Colorado court conferenced with the Utah Justice to gain an understanding of what had happened. The Colorado Court determined to keep the case open and ruled I am the father and that my name shall be put on our daughter's birth certificate."

Rob hired Utah attorney Wesley Hutchins and years of hearings, motions and appeals ensued including Carrie's consent to the adoption being vacated which should have stopped it, but only prolonged the case. Rob states:

"At one hearing, December 18th, 2009, before the preliminary termination of my rights my daughter was ordered to court where I met her for the first time for an hour. The happiest day of my life!!!"


On June 15, 2012 the Utah Supreme Court issued a decision In The Matter of Baby B that has changed laws in Utah. Rob became the first out-of-state father to overcome an illegal adoption in the state of Utah via the fraud immunity statue that had been codified there.

Rob currently lives in New Mexico and has shared custody of his Little girl, Kaia whose primary residency is in Utah with the aunt and uncle who tried to adopt her. Rob gets alternating holidays and unlimited weekends - in Utah - during the school year, and five weeks in the summer. He is appealing the current status in order to obtain sole custody, as is his constitutional right as per the Troxel Presumption that states it is in a child's best interest to be reared by his parents unless proven unfit. Rob says, "The case has put a real dent in Utah's fraud immunity clause in their adoption code. Basically fraud can't be a relying factor for prospective adopters to take away a father's right to intervene in an adoption."

Despite changes in the laws, babies are still being adopted without their fathers consent in Utah. 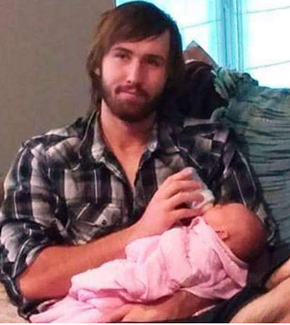 Colby Neilsen of Cache County Utah has been fighting for his daughter since she was born just a week ago.

Colby had been with his girlfriend for over two years when she became pregnant and they remained together through the pregnancy and birth of their daughter. Marriage was being discussed and Colby never left the baby or her mother the entire time.

Colby and his girlfriend were being pressured by her parents, according to his family, to sign the baby over before leaving the hospital. Colby was completely against the adoption and though his girlfriend was undecided, the two talked and agreed to take the baby to Colby's parent's home where baby Kaylee was welcomed by Colby's parents, sister and brothers who fully support Colby and have a fully stocked nursery.

The couple again talked and decided to keep their little girl. However, his girlfriend's parents demanded that she go to their home and talk with them. Kaylee was left at home with Colby who hadn't left Kaylee's side since she was born. He had already spent more time caring for her more than her mother. His girlfriend came back that evening, very upset and emotional, stating that she was going to sign the adoption papers that night.

Colby refused to sign, and again stated that he was against the adoption. She left and signed the papers, leaving the baby with Colby. Since that night she left, she has never been back and took no more part in caring for the baby. Colby planned on keeping custody of his Kaylee and started getting all the legal actions into place.

Colby pleaded with the friends of his girlfriend's family who were trying to adopt his daughter to quit fighting him and just let him keep his baby, but 13 days after Kaylee was born she was taken from her Daddy.

As I write this, a twist has taken Colby and his attorney by surprise. It has been reported that the adoptive parents are "formally relinquishing all custodial right" and have given Kaylee to her mother. Attorney Hutchins said on Facebook:that it is not over until Colby has custody:

"It is our position that because [the mother] relinquished her rights, which are by statute irrevocable, she has no rights to Kaylee. The biological mother is effectively a legal stranger to the child. Surrendering Kaylee to her mother, instead of the legal father Colby, was a huge, legal, and ethical blunder."

The couple who sought to adopt Kaylee also claim that they had discussed an open adoption with Colby and Kaylee's mother, a fact that Colby and his attorney claim is deemed false by a trail of text messages.

Children need and deserve parents who acted lawfully, morally and lovingly from the onset and clearly demonstrated their desire and ability to maintain custody.

It defies all logic, human compassion, and the best interest of any child to be deceitfully tricked away from their father.