The idea of the "utopian" community has a long, storied history (and a largely unsuccessful one at that), from the fictional island dreamed up by Sir Thomas More to present-day attempts to build the perfect urban ecosystem. And even though the perfect society has eluded us, that hasn’t stopped people from trying. Seekers attempting to leave behind the conventions and restrictions of traditional society have created self-sustaining communities ranging from groups of tofu-making hippies in rural Virginia to expatriates living in treehouses in the Costa Rican rainforest (and yes, there is a community called Yogaville).

"The criticism of utopia is that it’s impossible to achieve perfection, so why try?" J.C. Hallman, author of "In Utopia," told Salon in 2010. "But the impossibility of perfection does not absolve us from the path of pursuing a more perfect union."

Is it just cities people are trying to escape? Fed up with society as it is? Check out these nine fascinating case studies in alternative modes of living, spanning from the Arizona Desert to the Korean coast. 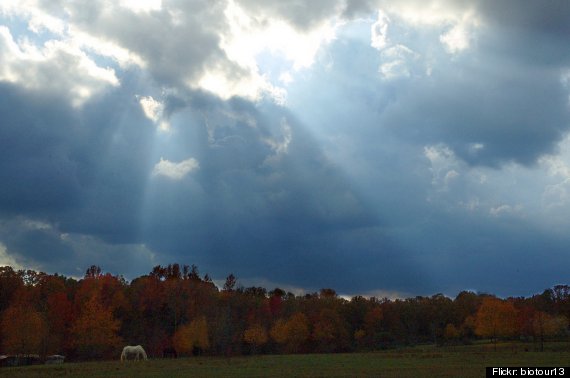 In 1971, a group of 300 flower children and free-thinkers left San Francisco to blaze a trail out east, settling in rural Tennessee to become the founders of what is now America's oldest hippie commune.

The Farm, located just outside Summertown, Tennessee, is still around to this day, and was the subject of the 2012 documentary "American Commune." Now composed of roughly 200 members, the vegetarian intentional community was founded on -- and still lives by -- their core values of nonviolence and respect for the environment. 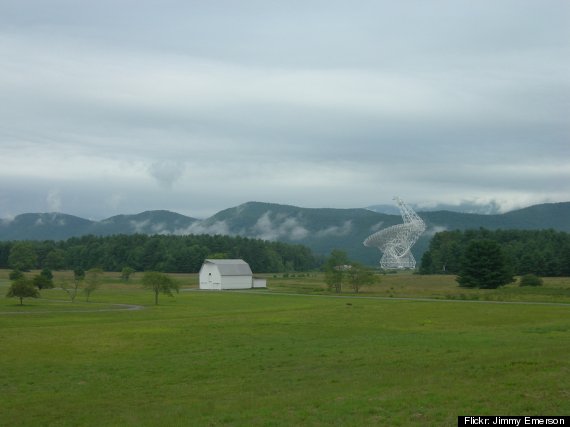 Green Bank, West Virginia is a safe haven away from the reach of technology where the "electrosensitive" can come to escape the digital world. The small town is located in a U.S. National Radio Quiet Zone, a 13,000–square-mile area where electromagnetic radiation (yes, that includes WiFi and cell phone signals) is banned so as not to disturb the National Radio Astronomy Observatory. About 150 people have moved to Green Bank and created a community for the precise purpose of escaping radiation, which they believe is harmful to their health.

“Life isn’t perfect here. There’s no grocery store, no restaurants, no hospital nearby,” a resident of the town recently told Slate. “But here, at least, I'm healthy. I can do things. I'm not in bed with a headache all the time.” 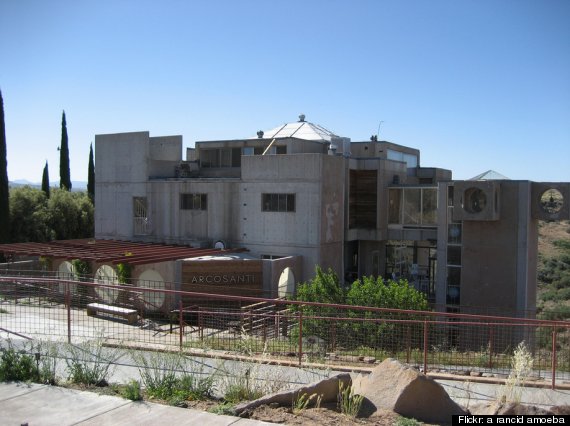 The "urban laboratory" that is Arcosanti was first created in the 1970s in the Arizona desert 70 miles north of Phoenix as a social experiment of sorts, and it's still standing to this day. Citizens of Arcosanti collaborate in creating and selling their signature product, ceramic and bronze wind bells, according to The New York Times.

The roughly 50 inhabitants of the community ("arconauts") continue living out founder Paolo Soleri's idea of "arcology" -- architecture fused with ecology. 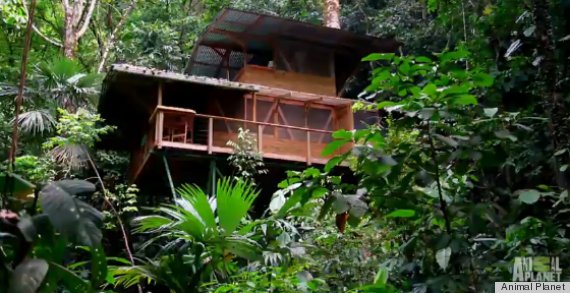 Finca Bellavista is probably the closest that real life can get to Swiss Family Robinson. The sustainable treehouse community is comprised of more than 25 elevated structures, as well as a base camp community center, located deep in the Costa Rica rainforest more than a mile and a half from the nearest town. Its typical resident is a laid-back, environmentally conscious American expatriate, according to founders Erica and Matt Hogan, who started building Finca in 2006.

"In general, people [who live here] want a simpler lifestyle," Hogan told Business Insider. "They want a life less ordinary. They're usually very green, environmentally-conscious and want to live off the grid." 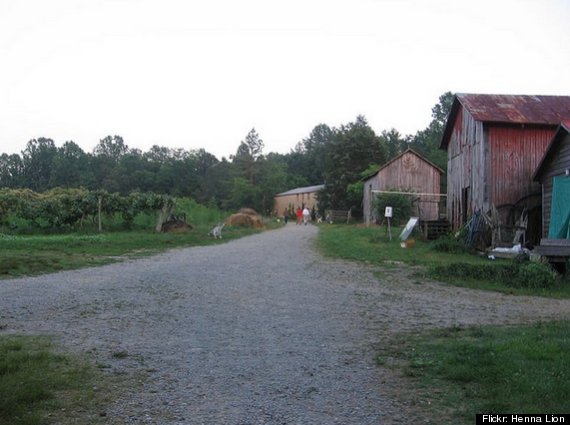 Founded in 1967, the intentional community of Twin Oaks is one of the most successful of that era. The small commune is situated on 450 acres of land in Louisa, Virginia and is famous for its tofu. Approximately 100 residents live in the community now, which consists of seven group houses along with a gathering area, swimming hole, graveyard, soy production facility, several greenhouses, and more.

"Of the thousands of similar communal experiments forged throughout the ’60s and ’70s, Twin Oaks is one of only a handful to have survived," Cluster Magazine wrote in a recent profile, "as other utopian experiments collapsed under the pressure of self-sustainability and interpersonal drama." 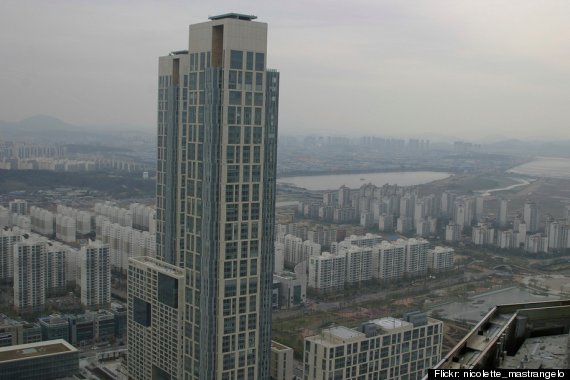 Whereas most of these communities are a throwback to a simpler time, New Songdo City on the South Korean coast is an ambitious new community project that couldn't be more futuristic-looking. Scheduled for completion in 2015, New Songdon will be located on Incheon Bay, and will include city-wide WiFi integration and will be highly environmentally friendly. The city will be built from scratch, like Dubai or Abu Dhabi.

"They’re promising full technological integration," Hallman told Salon. "Lamps and tables and cars and everything will be computerized and on a network. You won’t even need a BlackBerry or a laptop." 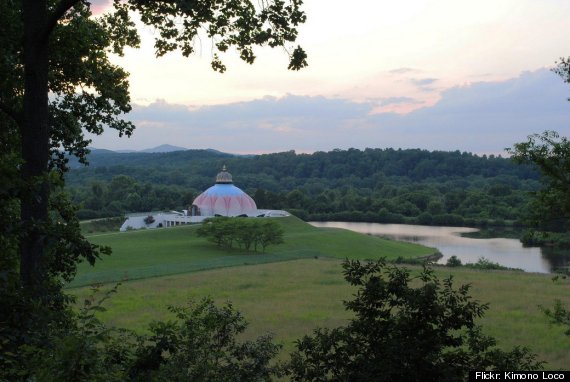 Virginia's Satchidananda Ashram and the surrounding community is known as Yogaville, a space where people of diverse backgrounds have come together to live the yogic lifestyle. The holistic community was founded by Sri Swami Satchidananda, a spiritual leader who aspired to share his message of peace with like-minded others.

As the community's website describes itself, "We came from various places. We have various tastes, various temperaments, various faces, various beliefs, but we are living here as one family, helping each other."

The Ecovillage at Ithaca, New York 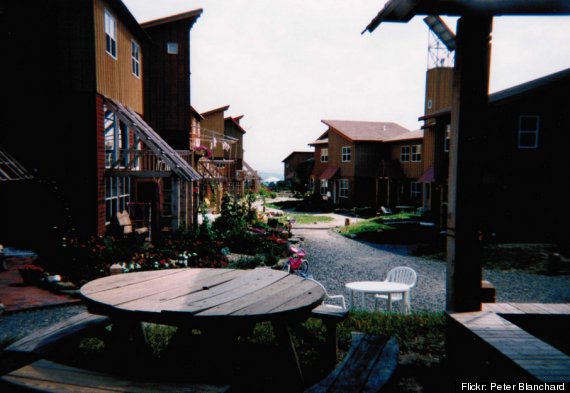 Created in 1996, Ithaca's Ecovillage is a sustainable intentional community and education center which describes itself as an "alternative model for suburban living which provides a satisfying, healthy, socially rich lifestyle, while minimizing ecological impact." It currently has two 30-home co-housing neighborhoods, named "Frog" and "Song," with plans to build a third (the forthcoming "Tree"), as well as community gardens and organic farms. 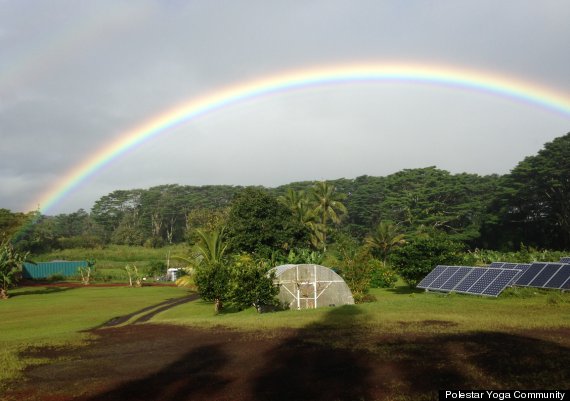 A cooperative yoga and meditation community located on Hawaii's Big Island around 30 miles south of the city of Hilo, Polestar was founded on the teachings of Paramhansa Yogananda, author of the best-selling 1946 spiritual manifesto "Autobiography of a Yogi." The community lives by its core value of karma yoga (selfless service) and essential purpose of "deepening the spirit."

Polestar consists of a small core community of permanent residents, but also welcomes guests to visit and stay on its 20 beautiful acres, enjoying the yoga temple, spiritual library, orchards and organic gardens. One guest described it as "a strong environment for spiritual transformation."