The nameless graves follow the line of a long-gone fence. They're mostly marked with fieldstones, if they're marked at all.

And though they sit just outside the stately stone wall of the University of Virginia Cemetery, it's unlikely anyone today will know who was buried there generations ago.

Archeologists have found 67 graves in the forgotten cemetery. The dead are probably black and possibly slaves, officials have said, but it's hard to know any more than that.

"I'm sure they will look as hard as they can to find definitive information, but it may be that we will never have a definitive answer," University Landscape Architect Mary Hughes said.

She called the fieldwork that's just wrapping up only the first part of the investigation. Researchers are hoping to use a camera on a balloon today to shoot aerial photos of the site discovered as researchers explored the area in preparation for an expansion of the university cemetery.

Researchers will not excavate graves, both out of respect and because they said they don't think it would be productive. The university will preserve and memorialize the gravesite, officials said.

This isn't the first time the university has made a discovery like this one.

Hughes cited the Catherine "Kitty" Foster site, found in the early 1990s near Jefferson Park Avenue. Archeologists searching in advance of a parking lot expansion initially found 12 graves. At the time, researchers theorized the people buried there might be descendants of Foster, a free black woman, and her relatives.

"They thought they had some idea who the burials were," Hughes said.

A few years later, a wider-ranging search ahead of a major construction project in the area turned up another 20 graves. Now, researchers say, it likely was a community cemetery, but specifics remain scarce.

Institutional records aren't likely to turn up any more information about the recently discovered graves, said Rivanna Archaeological Services' Benjamin Ford, who is helping oversee the dig. Personal papers might have indirect references to who's buried there, he said.

Researchers will target their search toward UVa's immense collection, searching indexes for papers from individuals at the university before and after the Civil War, Ford said.

For example, Ford said, there's a reference in the 1830s to a professor making a coffin for a dead servant.

"We know they died, we know they were buried in coffins ... but there's no direct reference to burying them back of the existing university cemetery, and I do not think we will find a list or partial list recording individuals who were buried here," Ford said.

Ford said that so many graves, so poorly marked indicates they almost certainly hold the remains of blacks.

Any other interpretation would be beyond his "understanding of the relationships between whites and blacks in life and in death in the 1800s," he said.

"I just can't imagine that we have this number of white individuals buried here without acknowledgement and marking," he said.

Hughes also said the graves could theoretically predate the university's acquisition of the land in the early 19th century.

When officials announced the find at the beginning of November, researchers had uncovered 30 graves. By the time they'd found the cemetery's northern and eastern edges, the total had more than doubled.

"I just think we're all surprised at the number of individuals that are buried here," Ford said.

And the quote about servant burials has another implication, Ford said: The burials could stretch all the way to the old border of the cemetery, far to the south.

While researchers want to know more, they won't excavate. Leaving the graves alone is the more respectful course, said UVa's chief facilities officer, Don Sundgren. And it's not clear that digging up the remains would reveal much new information, Ford said.

Unearthing a grave can provide clues -- based on the particular styles of objects such as buttons, buckles and coffin hardware -- indicating broadly when a burial might have taken place, Ford said. But that's unlikely to reveal who's buried there or provide information about when other graves were created, he said.

M. Rick Turner, president of the Albemarle-Charlottesville NAACP, said officials should do everything possible -- including excavating graves -- to figure out whose resting places have been found.

"Our history at the university has been buried so much," he said. "Oftentimes, we don't want to find out."

He criticized the way officials and researchers have spoken of the graves as callous.

Archeologists have asked university officials to permit sample excavations of some of the fenceposts.

"We might be recovering material culture, which would help us, of course, date the fence line," Ford said. "All we believe now is that it dates to the 1800s, but it might help us date it tighter, closer and indirectly date the burials."

The graves have been found in short rows and groups. The mix of children and adults among the dead suggests there might be family groups, Ford said.

Archeologists have found two broken marble headstones in addition to the fieldstones, but no inscriptions, Ford said. That might be because it was illegal for slaves to learn to read and write, or it might have been deliberate, intended to make grave-robbing more difficult. That was common in the 19th century because medical students had no legal way to acquire cadavers, Ford said. Black graves were a frequent target, he said.

Workers will survey the location of each grave, and officials are debating how best to memorialize the unknowns buried there.

Dr. Marcus L. Martin, UVa's vice president and chief officer for diversity and equity, said one key consideration is determining what should mark the edge of the burial ground. He said he wondered whether it is better to recreate history, with the black graves inside a wooden fence and the official cemetery ringed by a stone wall, or to give the black cemetery a new wall of its own?

Officials haven't yet decided where the cemetery expansion will go.

The Virginia State Archaeologist could not be reached for comment for this story because he'd been called to Tangier Island to deal with erosion in a cemetery after Hurricane Sandy. ___

Black Voices Living In The Black Slaves University of Virginia 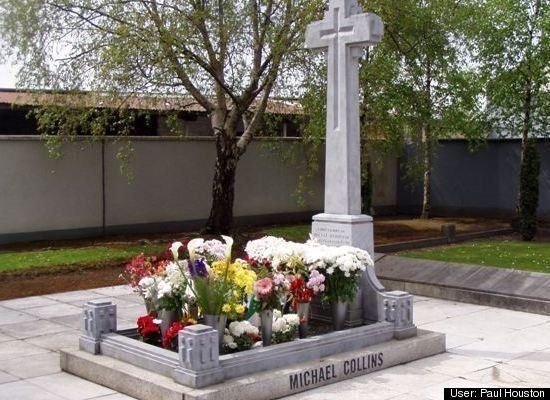