One of the many reasons we love Uzo Aduba's character Suzanne "Crazy Eyes" Warren on "Orange Is The New Black" is for her attention-grabbing look: saucer sized peepers and head full of bantu knots. However, while those traits (coupled with her superb acting) have brought the Nigerian-American star tons of success, it's hard to believe she once struggled with accepting her most defining physical characteristic: the large gap her in front two teeth.

Aduba opens up about her years of loathing the large gap in the recent issue of Cosmopolitan.

"When I was little, I didn’t smile much. Don’t get me wrong. I was a happy kid, but I couldn’t stand the space, dead center, in between my teeth," Aduba told Cosmo. "Yeah, I could whistle through it, but so what? That didn’t win me many points on the playground in Medfield, Massachusetts. To me, it was the greatest imperfection. Straight-up ugly."

With that said, at 12-years-old Aduba started to beg her mom for braces. Her mother consistently rejected her pleas -- and for good reason, telling the actress: "Uzo, I will not close your gap and here's why. You have an Anyaoku gap, my family's gap." And beyond honoring the family's lineage, Aduba's mother explained that in Nigeria a gap is a sign of beauty and intelligence.

That still wasn't enough to convince Aduba that her gap was glorious. But years later during a picture day in high school the photographer told her that she had a "beautiful smile" and everything changed. It was that moment when she says she started to believe in her beauty.

"It's amazing how years of hearing the same response from family and friends constantly had fallen on deaf ears. But right then, I heard it and felt beautiful," Aduba told Cosmo. Adding, "Just like that, my teeth started to make regular appearances in photos. I had a newfound confidence and pride in my smile."

Amazing. In addition, she joins a dazzling list of gap-toothed celeb beauties like Madonna, Georgia May Jagger, Lauren Hutton and Lara Stone, to name a few.

Read more about how Aduba learned to love her gap over at Cosmo. 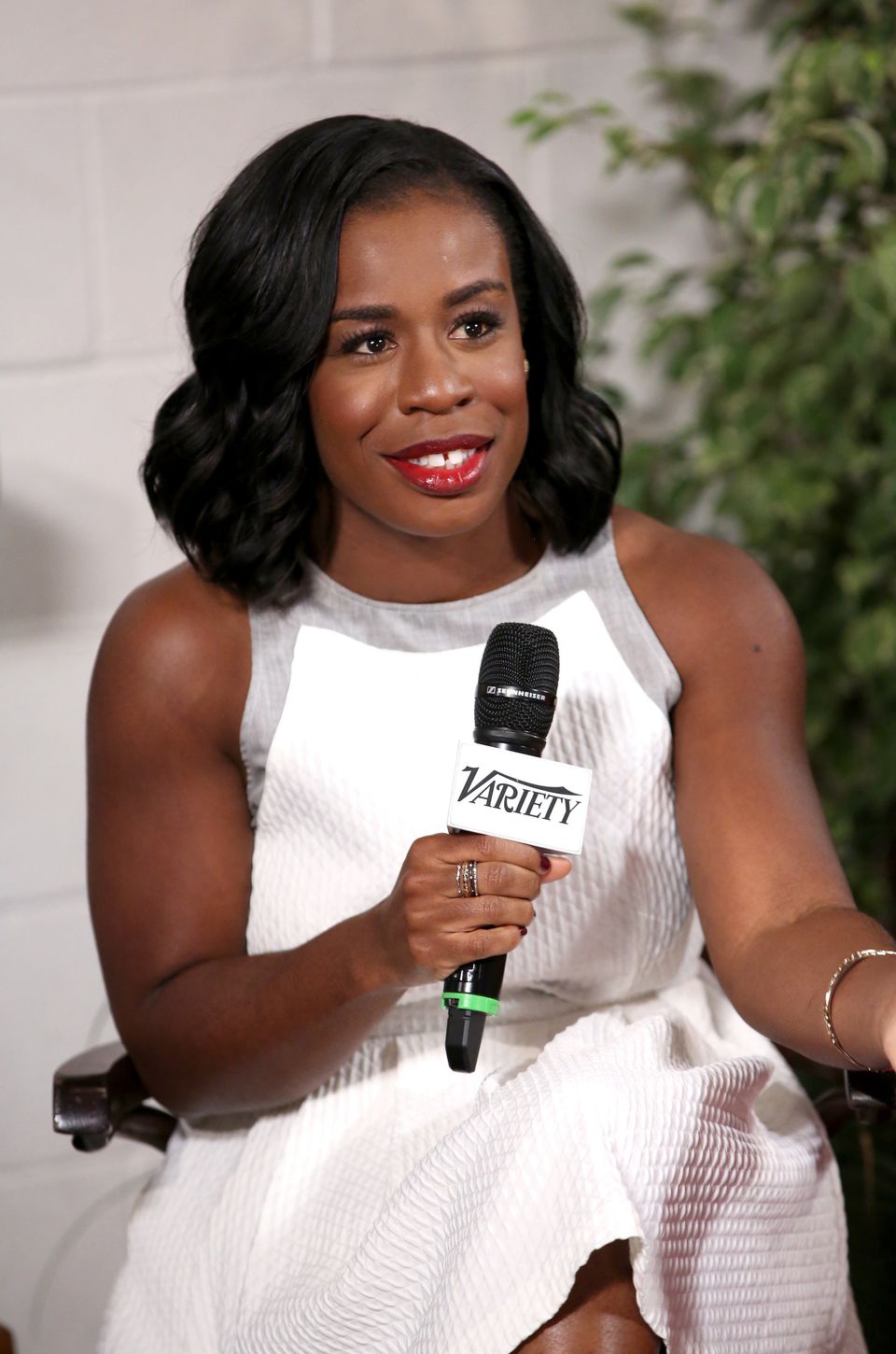