Just one week after five Chicago women were arrested while protesting the decrepit conditions of bank-owned vacant homes that they say bring crime into their neighborhoods, a Chicago City Council committee signed off on an ordinance that lessens the obligations and penalties banks face in their maintenance of foreclosed homes in their care.

The new ordinance, backed by Mayor Rahm Emanuel, amends an ordinance passed unanimously in July that would treat banks as homeowners and subject them to the same obligations beyond routine maintenance, even before foreclosure, according to Fox Chicago. City lawyers expressed concerns that the original ordinance wouldn't hold up in a court challenge.

The proposal approved Monday will give banks 60 days after homeowners default on a mortgage to begin basic upkeep--shooing squatters, boarding up windows, mowing the grass and shoveling snow--and requires banks to post signs with contact information for parties maintaining the properties, according to the Chicago Tribune. Noncompliance will be met with fines of up to $1,000 per day.

Noticeably absent from the approved plan is a provision championed by the Chicago Teacher's Union and Ald. Deborah Graham (29th) calling for banks to hire security personnel to guard abandoned homes near schools between 8 a.m. and 4 p.m. Proposed in early October, the ordinance was expected to serve as an extension to Chicago Public Schools' Safe Passage program, which will receive about $10 million in district funding this year.

Community members who have expressed concerns over the security problems presented by vacant properties are unlikely to be satisfied with the new ordinance, which focuses almost exclusively on aesthetic concerns.

"It amazes me that 60 days later, we're looking at an amendment to weaken [this ordinance]," Ernie Lukasik of the Northwest Side Housing Center, a nonprofit that advocates for homeowners in foreclosure cases, told the Tribune. "[The new measure] would gut some of the most important provisions in this ordinance. It jeopardizes our children, our families, our first responders, our businesses and anyone — anyone — trying to make Chicago a home."

The earlier, stricter proposal was supported by residents of Chicago's South and West Sides disproportionately affected by foreclosure-derived vacancies, according to Fox Chicago. But critics of the proposal predicted it would scare banks away from offering mortgages to homes in low-income neighborhoods.

Still, many residents and advocates are calling for stricter maintenance requirements to be legally imposed on the banks that own vacant homes in their neighborhoods. Gloria Washington, 80, was one of the women arrested for "returning" garbage collected from Bank of America-owned homes to a downtown branch. She said her activism stems from a concern for the safety of her children and grandchildren.

"These kids shouldn’t have to walk by dangerous, abandoned properties on their way to school," Washington said. "Bank of America’s bad loans and greedy practices have made our neighborhoods unsafe, and it’s time they took responsibility for all the damage they’ve done.”

See photos from last week's demonstration calling for Bank of America to maintain foreclosed homes. See above for video footage of the arrest that followed.

New Ordinance Would Require Banks To Maintain Foreclosed Properties, But Is It Enough? (PHOTOS, VIDEO)
Five Women Arrested At Bank Of America During Protest 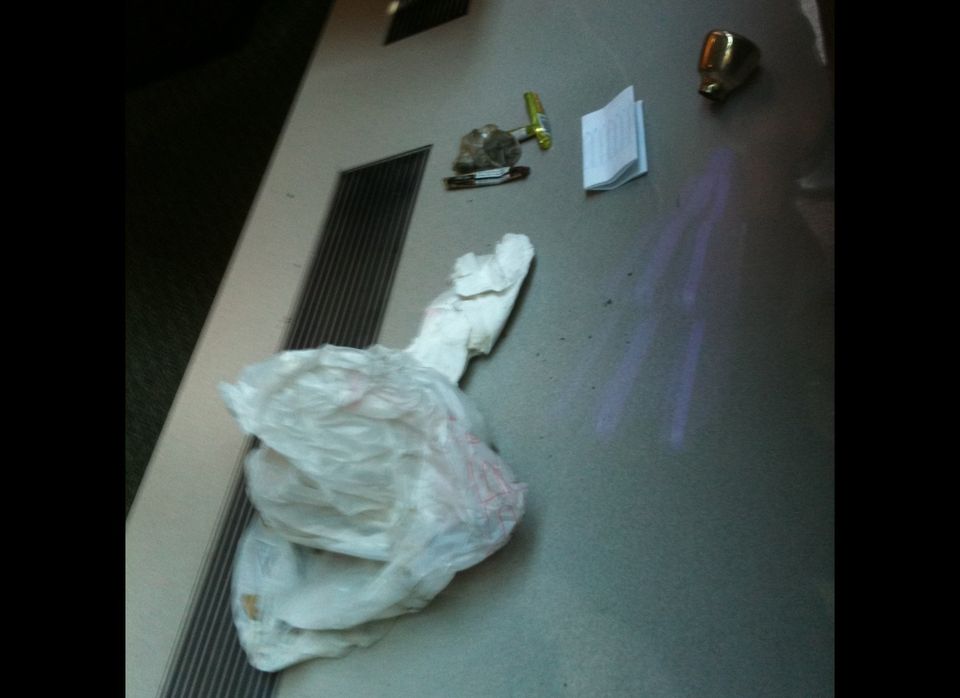 1 / 8
Women Arrested During Protest
Trash dumped on the windowsill of Bank of America at Adams and LaSalle.
Lizzie Schiffman