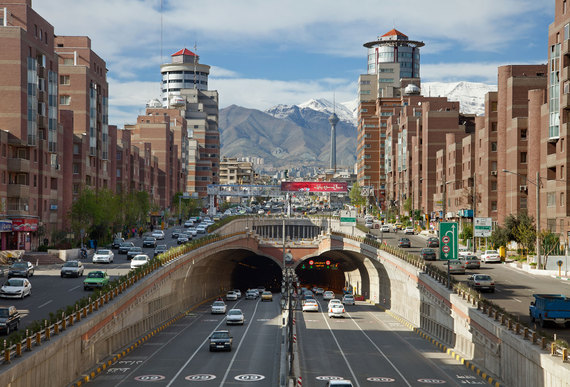 Last week, NPR broadcast a story entitled 'You Are Invited': Isolated Iran Seeks Foreign Tourists, which juxtaposed the revolution's slogan, "Death to America," with its current international tourism campaign inviting foreigners (even Westerners) to its land. Over the past couple of years, this urgency to attract tourists to Iran has been sprinkling through the news. But in the past few months, it seems to have picked up speed. Ever-curious about the world around us, we began looking into what it would look like for American travelers to visit in 2015. 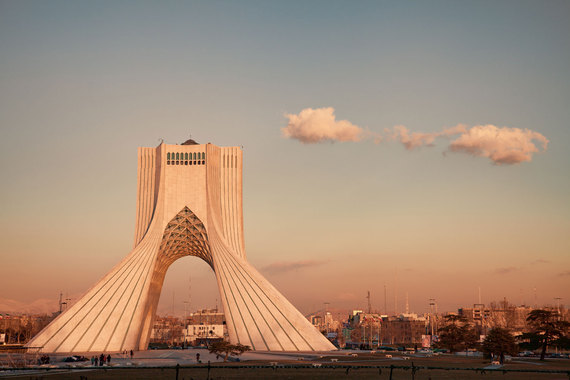 According to NPR, "Iran wants to welcome more international tourists, including Americans. But that's a challenge for a country that's wary of outsiders, and closely monitors its own people." On one hand, we welcome the open-arms invitation, while on the other, we're unsure if our negative perceptions about the violent region reign true. It's easy to assume that this shouldering devil-vs.-angel dance is part of the reason why Westerners aren't wholly thrilled to consider vacationing in Iran.

Last updated on January 16, 2015, the U.S. Department of State - Bureau of Consular Affairs issued an Iran travel warning stating, "Some elements in Iran remain hostile to the United States. As a result, U.S. citizens may be subject to harassment or arrest while traveling or residing in Iran. [...] Iranian authorities also have unjustly detained or imprisoned U.S. citizens on various charges, including espionage and posing a threat to national security." This isn't necessarily a "Do Not Enter" sign, but rather a precautionary measure for Westerners to travel responsibly, being mindful of actions and words. 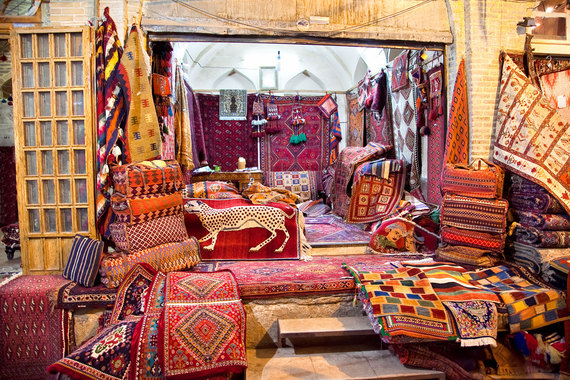 If we start from the beginning, even before getting into the country, our first hurdle is having to go through the sometimes long and often challenging process of securing one of three visas: Tourist, Transit and Tourist Visa on Arrival (VOA). While US citizens are welcome, they aren't free to visit without a private guide, pre-arranged tour or a sponsorship from a friend or relative in Iran. If you are being sponsored, said person will also have to claim legal responsibility for you while there (not necessarily a selling point to Iranians). Be sure to plan in advance giving, yourself enough time to secure the required paperwork. However, the government is reportedly on its way to relaxing its policies.

For our purposes, we'll assume a Tourist visa was acquired which acts as access to the country for up to 30 days and is valid 90 days from the issue date. The best season to visit is from March to May (50-71 F) or September to November (64-90 F) when mild temperatures make for a more pleasant visit. 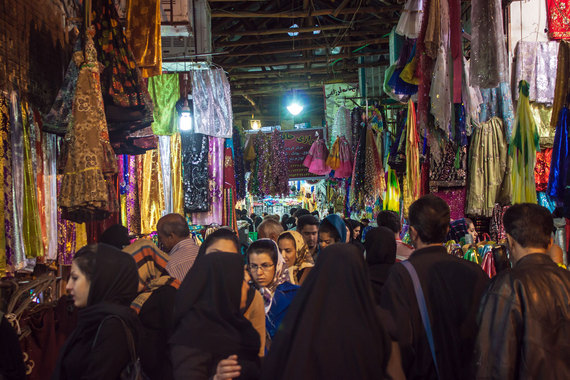 Women are more regulated than men in all areas of the country, but for clothing, both sexes have to abide by a few rules. For tourists, the dress code is not (exactly) mandated, but out of respect for the country, it is strongly suggested that you follow their guidelines. Women must wear head coverings and don loose clothing down to their ankles to cover their bodies. Sandals are, however, acceptable. Men cannot wear shorts and neckties are rare, signifying the mark of a Shah supporter. 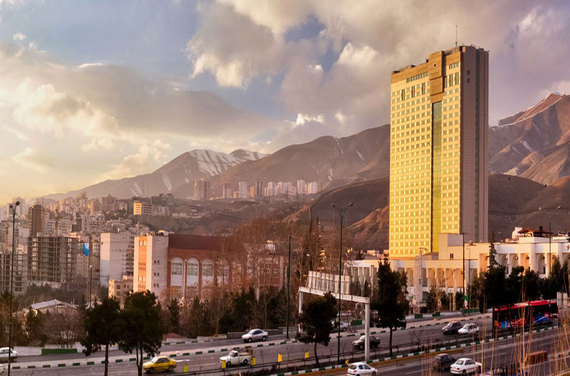 Iran is a beautiful and culturally-rich destination, even if most of its treasures are hidden behind a war-torn countryside and tight-gripped regime. Unlike the dark, hostile images portrayed in the media, locals are a friendly and hospitable people made up of numerous ethnic groups. Most likely you'll be visiting with a planned tour group, so you won't have a choice on your hotel accommodations. But in case you do, Tehran is a great place for newbie visitors to explore first.

The area is home to only a handful of luxury hotels; in fact, last year's heightened number of tourists had hoteliers looking to build more properties to meet the demand. The eco-friendly, five-star Parsian Azadi Hotel is centrally located downtown and holds 475 rooms on 27 floors, boasting the highest building in Iran. Among its suite options, the six 753-square-foot Duplex Suite is extremely impressive with two floors, plush furnishings and a king-size bed. 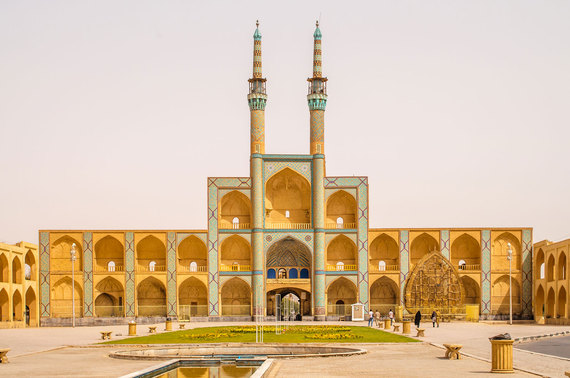 If you're going with a tour operator, a few companies to consider would be Iran Luxury Travel, Travcoa, Danube Express and Corinthian Travel. Currently, Travcoa is offering the Wonders of Persia 14-day excursion starting at around $9,880 per person. Guests will explore country's architecture, art, history and cuisine through guided tours and experiences. Stops include visits to Sa'ad Abad Palace-complex; the National Museum of Archaeology; Yazd, regarded by UNESCO as one of the oldest towns on Earth and the center for the Zoroastrian faith; and Persepolis, a city rediscovered under desert sands in the early 1930s.

For a different view of the countryside, the Danube Express offers Jewels of Persia, a $20,000 per person train ride through Hungary, Romania, Turkey and Iran. The 15-day experience starts in Budapest and ends in Tehran (or in reverse) and is the first European private train to be allowed to enter the country. Passengers will de-board in Zanjan, Tehran, Yazd, Kerman, Mashhad, Shiraz, Persepolis and Isfahan, considered to be one of the most beautiful cities in the world. 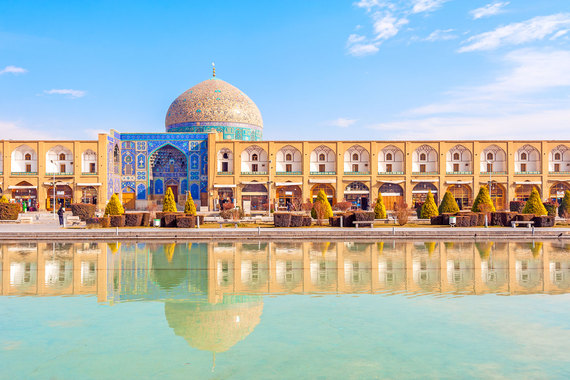 Meaning "Image of the World" Square, Naqsh-e Jahan was constructed between 1598 and 1629 at the center of the city of Isfahan. With an area of 9.6M-square-feet, the square is the second largest in the world after the Tiananmen Square. Scattered around its interior are cafes, shops and entrances to two mosques and a palace. One of the surrounding mosques, Sheikh Lotfollah, is the country's most beautiful monument and is a UNESCO's World Heritage Site. In its heyday, the mosque was used as a place for the royal court and served as a place of worship for the women of the shah's harem. Inside, it features exquisite tile work that changes from cream to pink throughout the day. Because of its origins, it does not feature an interior courtyard or minaret. 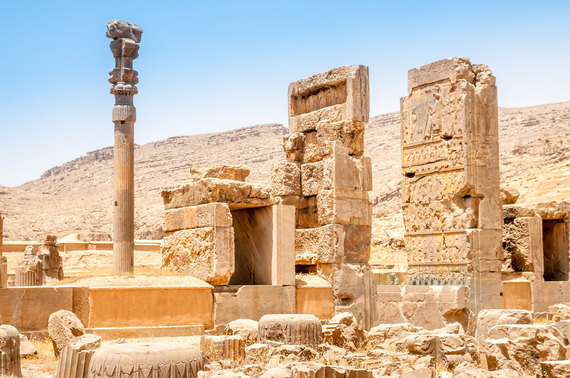 Another one of Iran's sparkling gems is Persepolis. Founded by Darius I in 518 B.C. and built on a half-artificial, half-natural terrace over the course of a century. Once the capital of the Achaemenid Empire, in 331-330 B.C. Alexander the Great looted and burned the palaces, leaving the magnificent city in shambles. Today, Persepolis' ruins make it an exceptional archaeological site at the foot of Kouh-e Rahmat in the plain of Marv Dasht, about 528 miles south of Tehran. 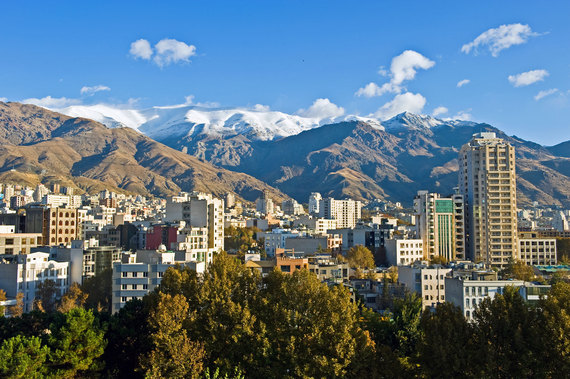 While we can't safely put our stamp of approval on Iran as a hot tourist destination just yet, it is definitely worth considering under the right circumstances. Before you go, be sure to pick up a guide book to familiarize yourself with further customs and regulations (such as Western credit cards not being accepted or alcohol being banned in the country). If Iran's tourism campaign does take flight and they ease restrictions on visitors, who knows, maybe Americans will begin putting the country on their travel radars.