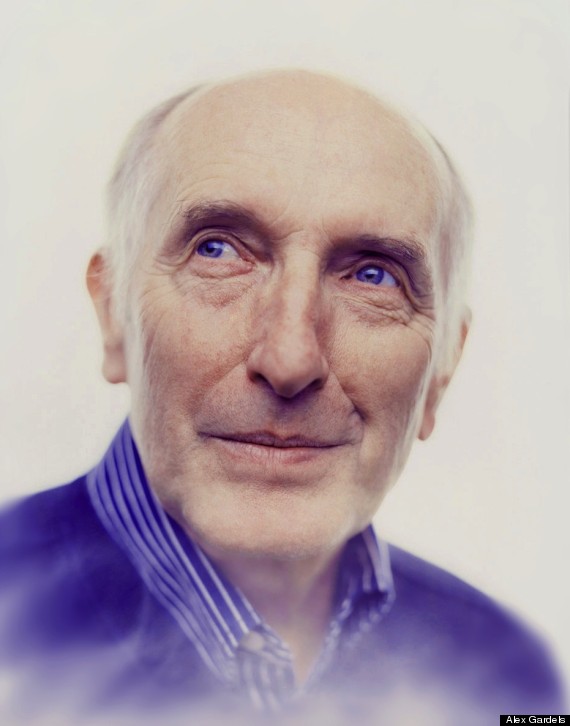 Bill Gates often invokes Vaclav Smil as his "favorite thinker." Indeed, Smil is one of the deeper, more original and independent big minds out there today. His book titles range from "The Bad Earth" and "The Cycles of Life" to "Harvesting the Biosphere."

Recently, I talked with Smil, professor emeritus at the University of Manitoba, about his newest book: "Making the Modern World: Materials and Dematerialization."

You have to listen closely to grasp the wisdom of his views. His rapid-fire mind spews out a deluge of statistics in a heavy Slavic accent -- with a crusty disregard for political correctness and conventional wisdom. And his key concept is counterintuitive: less enables more.

I start the conversation by noting that many of the more enlightened technologists in Silicon Valley and elsewhere here in California also consider themselves environmentalists. They understand that extending globalization from the perspective of America's standard of living to emerging economies like China or India means the earth will run out of resources. But they place their faith in new resource-efficient inventions that will inevitably enable us to extend material globalization to everyone and not wreck the planet -- to have our cake and eat it, too.

I ask Smil whether he shares this faith that technology is our salvation.

He digs right in.

"I wouldn't put a big trust in what people in Silicon Valley say," he says. "They may be good at manipulating ones and zeroes and writing software, but beyond that their contribution to human progress has been pretty dismal. I'm not impressed. Their understanding of the net use of resources has been very poor.

Lets put first things first. You can't just yank out the jewels which power it all, that is, Edisonian electricity, something basically 130 years old.

I keep reminding people that all this electronic stuff in Silicon Valley is just a derivative of this fundamental electricity system, which runs mainly on fuels such as coal and natural gas. Microprocessors may have vastly improved the computing power of devices -- going from giant mainframes to mobile devices with the same capacity. But that has also enabled their proliferation globally and vastly increased the energy intensity that goes into producing all these devices and powering them."

Smil readily agrees the technologists are right that duplicating American levels of consumption in China or India is not sustainable. Yet things are moving in that direction, with the two countries even superseding America in the use of some materials. China, he notes, has used more cement in the building binge of the past three years than the U.S. has in the last one hundred.

He calculates that the gap between the 1.5 billion "haves" and the 5.5 billion "have-nots" is so large that if only one-third of the "deprived" achieved the average standard of living that now prevails in the affluent countries, we would continue to see the aggregate growth of material consumption for generations to come. And that aggregate growth will come not despite new technologies, but because of them.

As Smil sees it, technology has certainly enabled a "relative dematerialization" -- meaning lighter, less expensive materials and more efficient use of resources in particular circumstances. But these impressive achievements have not translated into any absolute declines in materialization on the global scale.

In fact, just the opposite: because technological advances have made materials cheaper, mass produceable and more available for widespread use, and because people always want "bigger and better," material consumption has vastly increased. Though they may be efficient in and of themselves, new technologies end up generating more demand overall, not less.

In his book, Smil puts it this way:

Progressively lower mass (and hence decreased cost) of individual products, be they common consumer items or powerful prime movers like cars or planes, has contributed to their increased use as well as to their deployment in heavier (more powerful, larger, more comfortable) machines. Inevitably, this has resulted in a very steep rise in demand for the constituent materials -- even after making an adjustment for increased populations or for the greater number of businesses.

Though everyone recognizes that mobility is a leap in convenience, cell phones are the worst case in point, he notes:

Mobile phones offer the most obvious recent example of this increase. Their truly explosive diffusion has more than made up for their impressive evolution from brick-like units to slim designs and the net outcome has been a much expanded demand for energy-intensive materials. With an average mass of 600g in 1990 (when about 11 million units were in use) and 118g in 2011 (when there were nearly six million subscribers), the aggregate mass of cellphones rose from less than 7000tons in 1990 to more than 700,000 tons today.

The same, he says, goes for cars, planes and houses.

"All the materials that go into cars -- bauxite, glass, aluminum -- are cheaper today to extract and produce than in 1970. The result: we have made cars bigger, doubling their mass.

We made a great advance by shifting from steel to aluminum, only to wipe out the reduction in weight by using more and more of it. Since 1920, the average weight of American cars has soared 3.4 fold. The efficiency improvements of the mass/thrust ratio of turbofan engines and composite materials for jet aircraft have all but been wiped out for the commercial fleet overall by the shift to ever larger planes and the consequent explosion in travel.

We achieved a great advance with cheaper and lighter building materials and material components for everything in a house, only to wipe out those gains by doubling the size of the house. The average size of an American house in 1950 was 1000 square feet; now it is 2500 square feet.

There is no end to this. We are very inventive, very smart. But then we go forward and waste our gains all over again."

He returns to the cell phone phenomenon, which clearly roils his personal frugal temperament as well as thoroughly illustrates his case.

"I am probably one of the last people on the planet without a cell phone. I have the same old, black, basic phone hanging on my kitchen wall that I've had for 25 years. The mass is far larger than today's cell phones, but in the end I've used far less material by keeping it.

Now people buy cell phones which are an accumulation of silver, copper and other metals that it takes a lot of energy to extract and mold -- every six months! And most of these cell phones are not recycled. They are just thrown away. That is absolute waste.

People say, 'oh, this cell phone is so much lighter and better for the environment and blah, blah, blah.' But no, there has been no absolute dematerialization. We are just using more of everything. The same is true, obviously, of iPads and tablets."

HUMANITY NEVER LEARNS What, one wonders, then, is the remedy? What can we do to change things? What does he propose?

"I don't propose," he says. "I'm old fashioned. I'm not one of these young guys who think they are so smart that they can prescribe what humanity ought to do. Humanity never learns any lessons. Prescriptions don't matter. We already know exactly what to do. We just don't do it."

Ok, then, what is it that we know to do that we aren't doing?

"There is, for example, pricing," he responds. "People pay $30 a month for a cell phone. No one is paying the actual costs -- the costs of the energy that goes into forging it or the costs of pollution created in China when they are manufactured and so on.

So, if we increase the price of all these devices from cell phones to cars to iPads to houses to reflect their actual costs, then we'll start saving like crazy. Since the cost appears so little for so many things, we just throw them all away as junk after a short while when they are out of fashion."

The other obvious solution, Smil points out, "is to build the quality of longevity into products. There is no reason we can't design a car to last for 35 years instead of six or seven. This is the core of the matter.

It is not an issue of quality per se -- a cell phone or a particular car might get the best mileage, include the latest technology and drive most comfortably. But the issue is the quality as a whole, which includes the resources that go into making it and the life cycle of usage."

THE COST OF SHOWING OFF We haven't done these things, he suggests, because human nature gets in the way.

"How much, really, has a car changed in 30 years?" he asks rhetorically. "It is aluminum and steel some glass and plastic, four wheels and an engine that drives the wheels. But the same old, apparently, is what we don't want. We need to change the fashion and the style all the time because that is how we measure our identity. Here we run up against human nature, which is acquisitive and status conscious."

This brings us back to the Silicon Valley entrepreneurs:

"And here is where the Silicon Valley people are brilliant," Smil says. "They know we are social animals that want to show off with the newest shiny object. 'You must buy this, it is better than the one you had six months ago, and your friends all have it.' That leads directly to waste. Any emphasis on long-lasting quality or minimization of quantity or size goes directly against our social primacy of showing off to position ourselves in the cultural hierarchy."

MORE PAPER, LESS FORESTS One more time, I ask if he envisions any change of mentality coming soon.

"No, I don't. Change is always incremental and takes time. Some years ago, everyone was enthusiastic about the paperless office that would be made possible by the advent of word processing and computers. Well, it didn't happen. The consumption of paper has tripled in the last 20 years. For all the talk of saving the forests, we haven't saved anything."

"All we can say," he continues, "is that it is complex, it is difficult, we don't know the impact of technology. No matter how brilliant a person is, we should be wary of any Elon Musk or others who say 'I know where we should go, what we should do and what will be the result.' Again, look at the cell phone. It can help an isolated old lady call an ambulance in an emergency, but it is also the device that has made texting a greater cause of traffic deaths among teenagers than alcohol."

Impressed with his contrarian verve and sharp insights, I ask if he would be willing to blog for The WorldPost.

I NEVER BLOG Without missing a beat, he unleashed his onslaught of a reply:

"I never blog. I just write my books. The world these days seems afflicted with graphomania -- the obsession for self-expression through writing -- telling everyone what you know or pretend to know. There are half a billion people today blogging regularly! I am happy to take 12-15 months to write my books. I just don't have something new to say every afternoon."