The Japanese artist Megumi Igarashi has long been on a mission to make vaginas "casual and pop." It seems in Japan, that's a battle cry. Early this week, Igarashi, who goes by the name Rokudenashi-ko or “Good-For-Nothing Girl,” was arrested by the Tokyo Metropolitan Police.

Her crime was honoring the terms of a crowd-funded project. In a bid to raise money to build a boat shaped like her vulva -- status quo for our girl -- Igarashi offered a prize that runs afoul of Japan's obscenity laws. (See the rather innocuous project video above.)

Donors of a certain level received files containing the 3D data the boat is modeled on, whereby they could, if they wanted, print out Igarashi's vulva for themselves. Japanese police seem be interpreting this as a sale, rather than a donation-based exchange. The arrest has made international headlines, and inspired at least one Change.org petition demanding Igarashi's release, with more than 10,000 signatures so far.

Igarashi isn't an unthinking exploitation artist. As the 42-year-old explained last year in an interview with HuffPost, her interest in demystifying female genitalia is personal. She was once ashamed of her body. Like so many women worldwide, she underwent vaginal rejuvenation surgery. She puts the choice down to ignorance. Female genitalia, rarely discussed in Japanese society, seemed to her inherently imperfect. "I did not know what a pussy should look like," she wrote on the boat's crowd-funding page.

Igarashi decided to elevate the vagina's status by honoring it with pop art pieces (and using unabashed terms like "pussy"). Size can matter, she told HuffPost, which is why her vulvic art, like the boat, is so large. "People bear the sense of reverence against a big thing."

For proof, look no further than Japan's annual penis festival. Rooted in ancient tradition, the Kanamara Matsuri, or "Festival of the Steel Phallus," sees thousands of men and women celebrating male genitalia in every way imaginable, save perhaps the most obvious: licking anatomically correct lollipops, grinning from behind penis-shaped novelty glasses, and hoisting enormous phallus sculptures into the air for all to enjoy.

Then there is Igarashi's 3D vulva. As reference, here is the article of Japanese penal code she allegedly overstepped by sharing the potential to recreate it:

A person who distributes, sells or displays in public an obscene document, drawing or other objects shall be punished by imprisonment with work for not more than 2 years, a fine of not more than 2,500,000 yen or a petty fine. The same shall apply to a person who possesses the same for the purpose of sale.

To which, we offer the following images from this spring's Kanamara Matsuri: 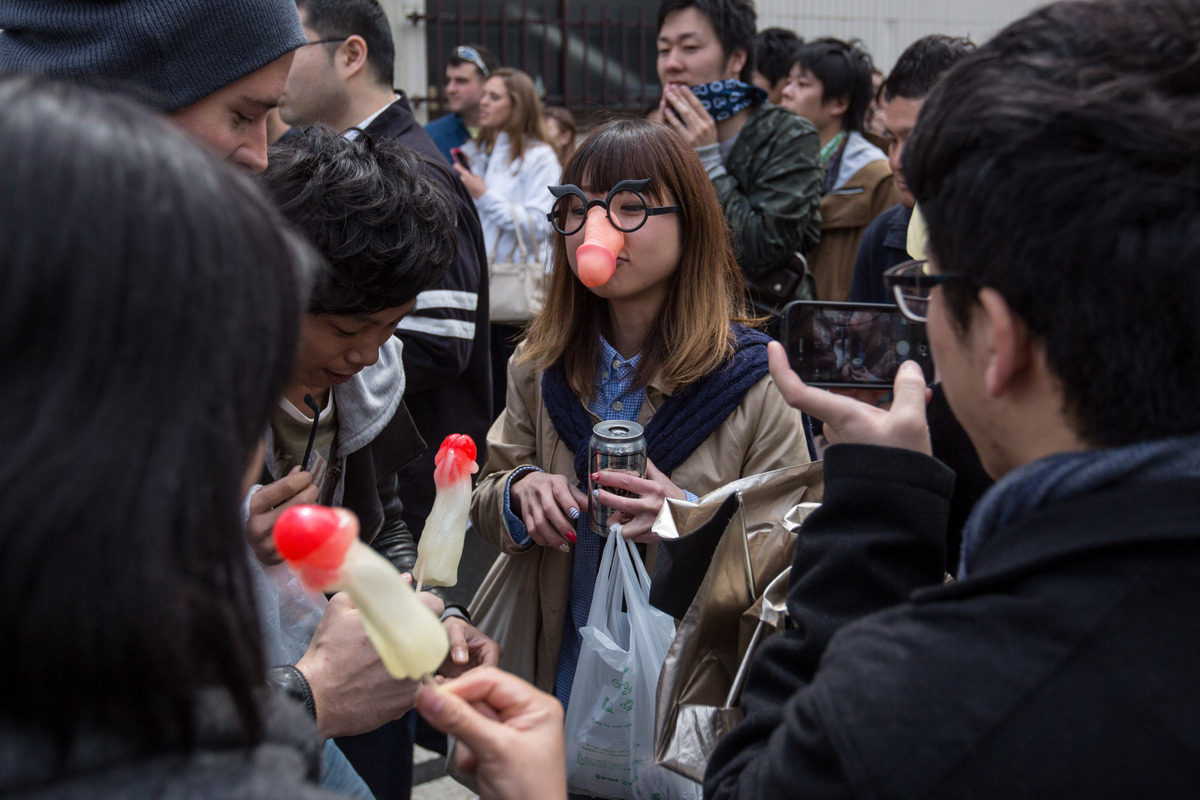 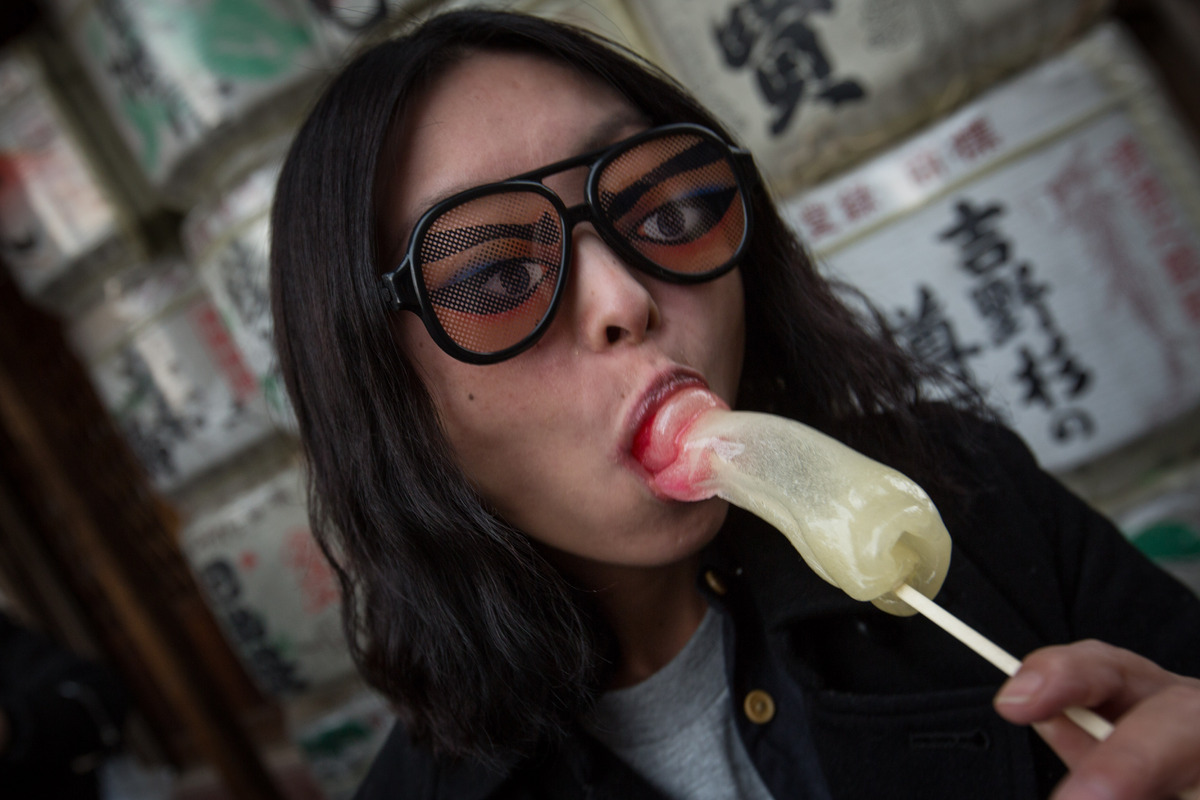 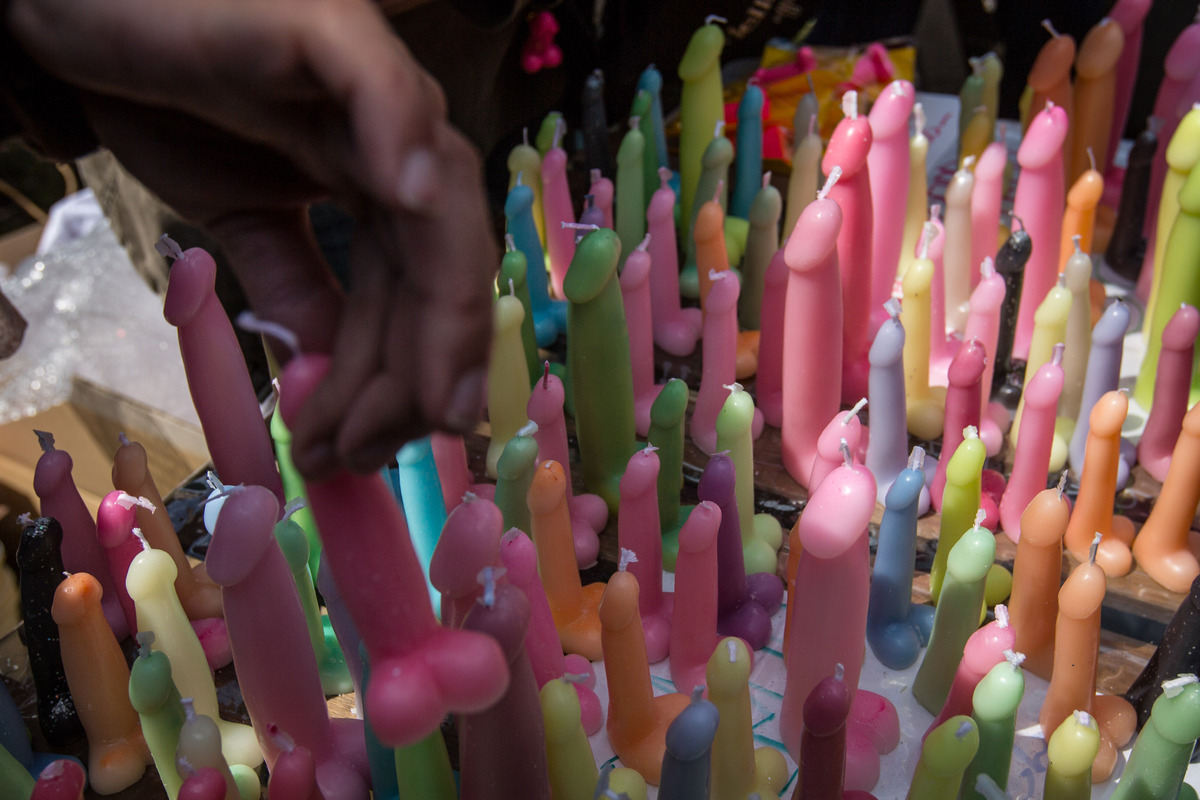 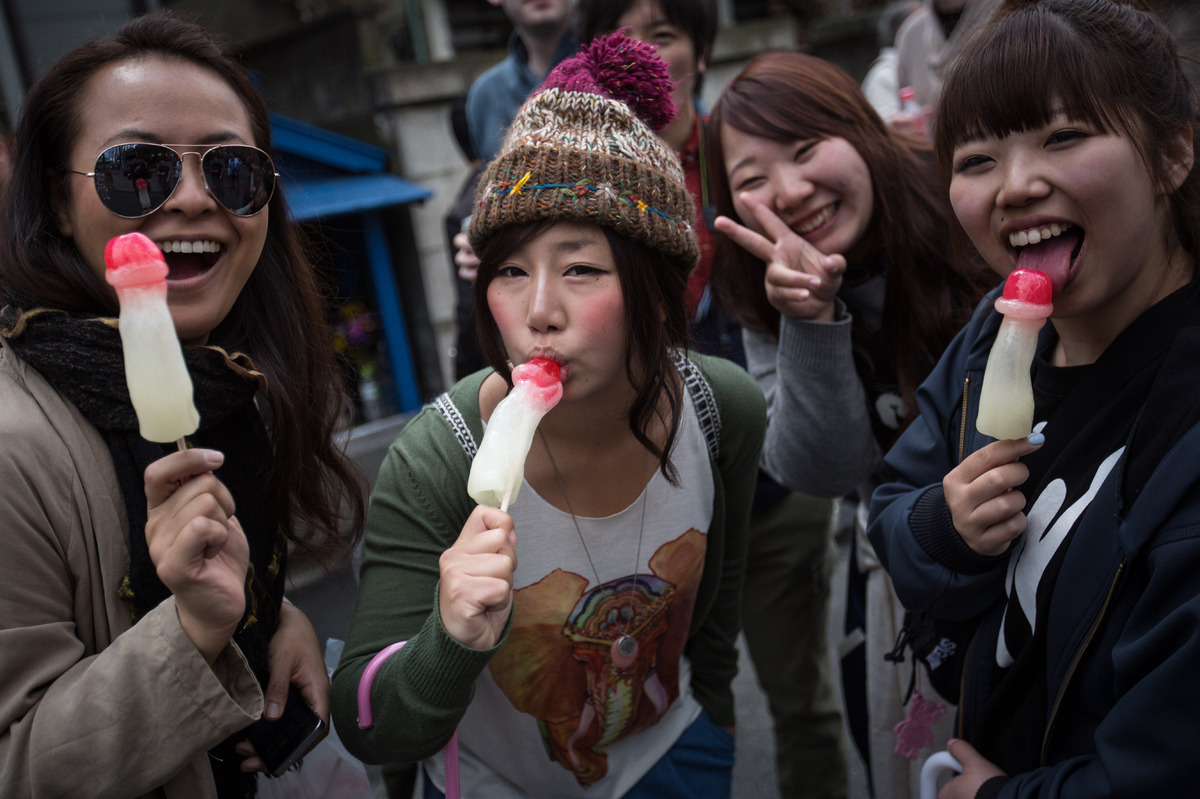 UPDATE: Per The Guardian, Igarashi has just been released from police custody and will join her lawyer in a press conference sometime Friday. It is still unclear if the artist faces criminal charges, which could result in up to two years in prison.