Her harshest critics continue their attempt to sink the "vagina kayak" artist.

In an ongoing Japanese obscenity case, Megumi Igarashi heard Monday in Tokyo District Court that prosecutors want her to pay an 800,000-yen (about $6,600) fine for transmitting images of her genitals that could be reproduced into 3D objects, artnet.com reported.

Igarashi used the digital campaign to create sculptures, cell phone cases and other souvenirs. Perhaps her most noteworthy project was a kayak:

@ladygaga My vagina was scanned by the 3D printer and it was expanded to 2-meter size as the kayak. pic.twitter.com/U5U9pugRAc

According to Japan Today, she was arrested in July and December of 2014 for sending the 3D scans to paying recipients. The artist, who also calls herself Rokudenashiko ("good-for-nothing kid"), said in court the artwork was not "salacious," Japan Today reported.

“Having created works that defy the (existing) image associated with genitalia, I cannot agree with my arrest,” she said, per the Japan Times.

Prosecutors countered that recipients could use the images for obscene purposes.

Igarashi, pictured below with one of her pop art pieces, previously told The Huffington Post that she had been self-conscious about her vagina and actually underwent rejuvenation surgery.

Through her art, she says, she hopes to make "pussy more casual and pop."

The court's decision whether she violated obscenity laws is expected May 9. An earlier HuffPost report noted that the maximum sentence for distributing obscene objects is two years in prison and/or a fine of up to 2.5 million yen. 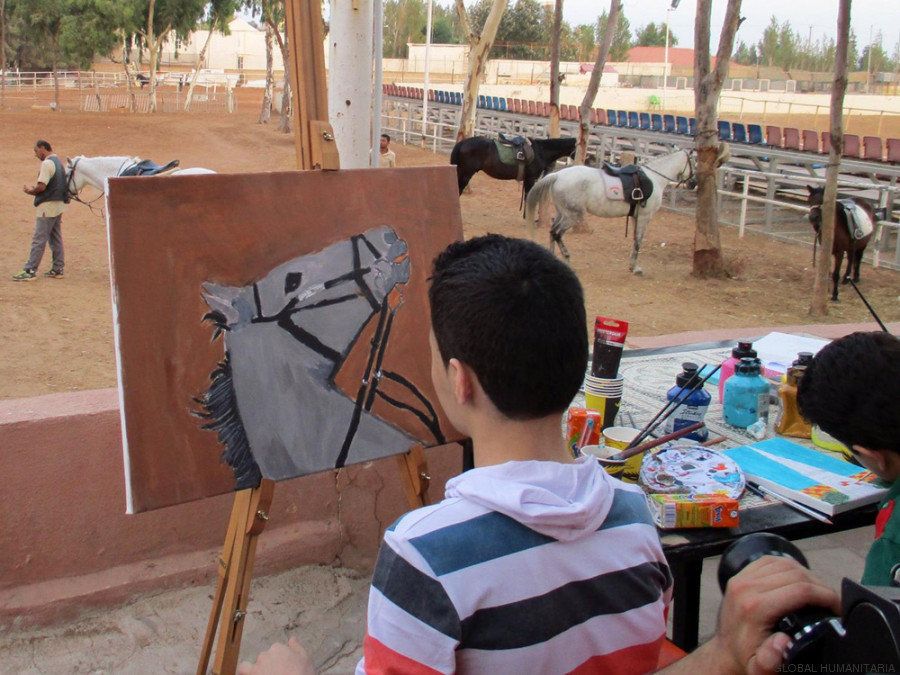 1 / 6
Wissam, a 14-year-old refugee living at the Bader Center, works on one of his paintings.
Global Humanitaria/Bader Center