Peter De Cupere, our favorite olfactory artist, has created a new work exploring the space between divine and embodied representations of women. His piece, entitled "The Deflowering," contains a rather unusual medium: the (organically and mysteriously obtained) scent of vagina. 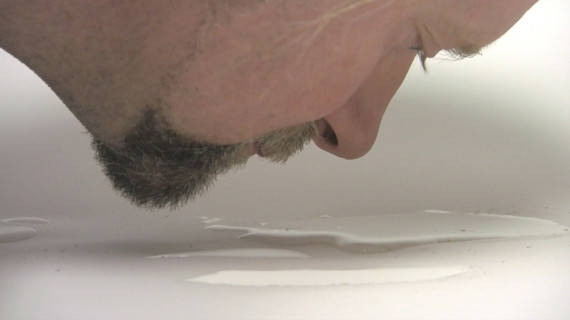 De Cupere has crafted a statue of the Madonna made from what he refers to as "frozen holy water." In an olfactory performance, the statue is placed atop a spot carefully fashioned to smell like woman (i.e. vagina). When the holy water begins to melt, the immediate vicinity of air is imbued with the scent of passion. The work will only be on view for two hours, while the Madonna figure melts. Viewers are then permitted to rub their fingers in the puddle of holy water, but doing so results in a vaginal odor lingering on your person for an extended period of time.

When we reached out to De Cupere for more information on this unorthodox endeavor, our first question was: Why? His answer was twofold. "Religion has always been an interesting issue in art," he began. "The reason is simple, because it's conservative, an old and closed idea and art is the opposite, it's progressive and open -- like a vagina."

The artist then added his secondary method of reasoning: "A woman's vagina smells, in general, great and more men should respect that." 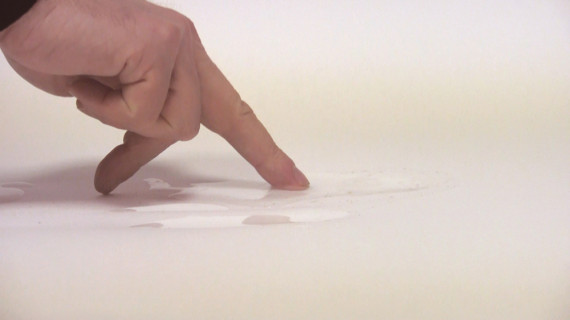 "I use the Madonna statue as a symbol because it's the most known religious symbol of a woman," De Cupere said. His artistic mission is, in part, to break through the aspects of femininity and sexuality often deemed taboo by organized religion -- not only Christianity. "I don't say that women are always treated wrong in religion, but it still happens too often!"

The melting of the Madonna metaphorically yields a sense of sexual freedom, while physically oozing a sexually liberated perfume. At its core, De Cupere's project is simply and wonderfully a celebration of scent -- in particular, a natural, feminine scent all too often deemed unsavory or unwelcome. "Passion is smelling and enjoying the scent of your love," De Cupere states. "It's too taboo! And what is taboo should set be free."

In case you were curious, De Cupere isn't dealing with any imitation odors here. "I ordered the fragrance from a lab and they've made it," he specified. "I wanted to be sure that it's a mix of different women and that they are from different origins. The scent is not synthetic. It's the real vaginal scent distilled in special ways. How they do it is the secret of the labs."

This is surely one of the stranger feminist artwork's we've smelled in our day, but we wholeheartedly support the scentiment. The performance takes place today in Antwerp, but you can get a whiff of the experience in the video below.

The Deflowering from Peter De Cupere on Vimeo.