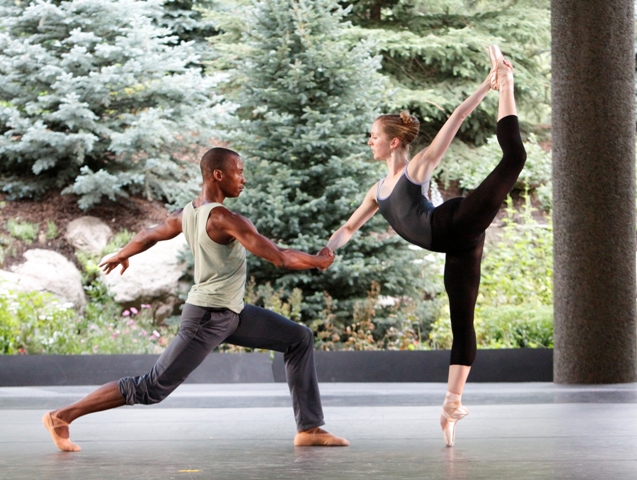 The Vail International Dance Festival kicks off its 24th season, July 29-August 11, with a packed two-week schedule crossing many genres of dance and program formats. This year the annual summer showcase for dance has a diverse line up, including the return of New York City Ballet MOVES, the Vail debut of Martha Graham Dance Company, plus International Evenings of Dance and Dance for $20.12. Additional programming will continue to embrace its original mission of advancing education in the arts through community-based off-stage events such as Celebrate the Beat and Village Vignettes. 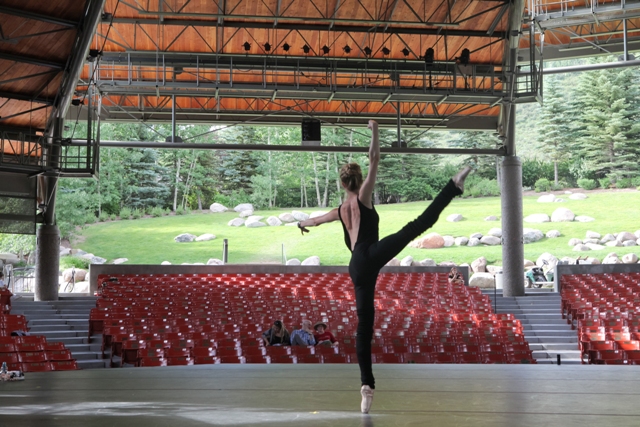 Led by Artistic Director Damian Woetzel, VIDF has grown into one of the most renowned summer festivals in the world and has been widely acclaimed for its innovation. The 2012 event will feature ten performances at the Gerald R. Ford Amphitheater and Vilar Performing Arts Center.

Damian Woetzel is a former ballet star with a storied career in dance. He was a Principal Dancer at New York City Ballet from 1989 until his retirement from the stage in 2008, where he had works created for him by Jerome Robbins, Eliot Feld, Twyla Tharp, Susan Stroman, and Christopher Wheeldon among others. Among his recent projects was directing the first performance of the White House Dance Series in September of 2010, which took place in the East Room of the White House and was hosted by First Lady Michelle Obama. In 2009 and 2010, Woetzel produced and directed the World Science Festival Gala Performances at Lincoln Center's Alice Tully Hall. For the 2010 event he created an arts salute to science honoring the theoretical physicist Stephen Hawking, featuring performances by Yo-Yo Ma, John Lithgow, and Kelli O'Hara among others. 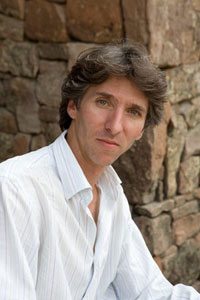 In 2006, Damain was appointed to lead the Vail International Dance Festival. Here are some excerpts from a recent conversation about the 2012 Festival and the performance lineup:

What makes this festival different from other dance festivals?

I try to always present performances that can't be seen anywhere else, whether it's a new partnership between dancers from different companies, or new works made especially for the festival or special performances in the UpClose series that explore an aspect of dance in depth. Some examples from this year are the pairing of Carla Korbes the ballerina from Pacific Northwest Ballet with Eric Underwood from the Royal Ballet-- they have only ever danced together here in Vail and it is a wonderful partnership, Carla is also dancing with Cory Stearns from American Ballet Theatre, another partnership you won't see anywhere else. The UpClose performance this year celebrates the incredible repertory of works created by George Balanchine to the music of Igor Stravinsky, and we will look at the works danced rehearsal style by the dancers of New York City Ballet MOVES.

Are any of the pieces or programs new?

Our "NOW" performance presents a number of world premieres this year, among them new works by Brian Brooks who is creating a piece with the great ballerina Wendy Whelan for the first time, and Christopher Wheeldon whose piece uses the incredible modern dancer Fang-Yi Sheu, and then Martha Graham Dance Company is premiering a new Lamentation Variation by Doug Varone--all are new works, but also new collaborations between wonderful artists.

Why Vail? What prompted this location and how does it differ from a festival in New York for example?

The Gerald R. Ford Amphitheater in Vail is unlike any other performance venue in the world, set with mountains and trees as a backdrop. One of my favorite memories is Balanchine's Serenade being performed there as the moon rose in the sky behind the stage- amazing!

Next year will mark the 25th Anniversary of the Dance Festival. In recent years, what changes have you witnessed that make you especially proud?

In 2006, my wife Heather Watts had the idea to bring "Celebrate the Beat" - a dance and music education program - to Vail. This is a life changing program that teaches children how to learn and how to succeed, all through the arts, and now it is had been in the local schools in Vail for six years! I also take a lot of pride in our Dance for $20.12 program, which launched in 2008 and allows people an opportunity to see a world-class performance, all at a price that opens the door wide to new audiences.

If a "dance rookie" who is new to the VIDF and wants to attend a performance wanted advice on what to attend and look out for, what would be your advice?

I would definitely suggest coming to a series of performances to get a sense of what the person likes--to develop a taste for it. But if it were just one performance they could attend I would suggest the Dance for $20.12 performance, or one of the International Evenings as there is a real variety of dance styles to enjoy.

What piece(s) are you most excited to see performed?

I am really looking forward to seeing the new pieces on the NOW evening, and also very interested to see Jerome Robbins Moves on the Monday 7/30 performance by New York City Ballet MOVES--it is a groundbreaking ballet in silence that Robbins created in 1959, it's a masterpiece, and to see it outside in Vail with the music of nature and life as its score is an incredible and unique opportunity.