I recently got invited to cover a chocolate charity fundraiser by the Global Cocoa Project, a Valentine's Day Chocolate Tasting in NYC to benefit Project Hope and Fairness, a 501(c)(3) non-profit that "assists African cocoa farmers who suffer disproportionately from the inequities in the world cocoa trade."

Now I've always favored single origin Venezuelan chocolate, so when I read this about African cocoa farmers I started to do a bit of digging. What I discovered shocked me, and made me damn glad I've never been a big buyer of chocolate from this part of the world. It happens that quite a lot of plantations in West African nations, Ivory Coast chief among them, use child labor, slave labor, and trafficked children. What I read made me sick, then it made me think... If American consumers could get dolphins out of tuna, then why couldn't we get child labor out of chocolate?

Perhaps nothing has ever demonstrated the power of the American consumer more than the canned tuna boycott resulting from our desire to save the lives of dolphins. When Americans realized that dolphins were being caught in the nets of large-scale tuna fishers, we were outraged. We flat out stopped buying canned tuna. As a consequence, the industry was forced to change its ways. The power of our purchasing choices altered an entire industry.

It's a well documented fact that the worst forms of child labor, even children that have been trafficked into slavery, are prevalent in the growing and harvesting of cacao in West Africa. There was a surge of outrage in 2000 following a documentary on slavery in the chocolate trade that aired on Britain's Channel 4. (See BBC News)

"The Malian consul in the Ivory Coast has had to rescue boys who had worked five years or more without payment and been brutally beaten if they tried to run away. The programme makers say the solution ultimately lies in the hands of consumers."

Widespread media reports followed, and a couple of politicians in DC took notice.

In 2001, Senator Harkin and Representative Eliot Engel drafted the Cocoa Protocol, also known as the Harkin-Engel Protocol, intended to implement certification of cacao plantations as free of child labor, and to end the use of the worst forms of child labor. This was a compromise following Engel's attempt to insert an amendment into the 2002 Agriculture Appropriations Bills that would have set aside $250,000 for the Department of Agriculture to develop a "slave free" label. In response, the Chocolate Manufacturers Association lobbied heavily against the labels, and they ended up with voluntary compliance and no label:

"The Harkin-Engel Protocol (Protocol), signed September 19, 2001, is a voluntary, nonbinding, and nonlegislative document that outlines six steps for the chocolate industry to take in order to eliminate the worst forms of child labor in its supply chain in compliance with international labor standards.40 However, because of the Protocol's voluntariness, it has been largely unsuccessful in eliminating child labor practices on West African cocoa farms.41 This Note argues that proposed solutions must be removed from the hands of industry leaders and situated within state regulatory frameworks to be effective."

In a 2009 report from the US Department of Labor, cacao grown in Ivory Coast, Nigeria, Ghana, Guinea and Cameroon were all included on the "List of Goods Produced by Child Labor and Forced Labor." In response to the inclusion of cocoa products from these countries, the International Cocoa Verification Board -- the body responsible for verifying the non-use of child labor on the ground -- released a statement declaring that the list was counterproductive and could jeopardize efforts that are underway to combat the use of child labor on cacao plantations.

While the ICVB supports the need for increased publicly available information regarding the production of goods using child labor or forced labor; it believes that the current process of listing all products and all countries in the same manner, characterizes each country and product as having been produced in an equivalent fashion with an equal approach to the issue being taken by each country. As a matter of principle, the ICVB believes this approach can be counterproductive, because it does not recognize specific efforts that have been initiated and that are in fact making a difference for children within the supply chains in question. In fact, inclusion of products on the Executive Order list, with its potential prohibition of purchasing by the US Government, may jeopardize the very efforts that are underway to address this critically important issue.

West Africa grows over 60% of the world supply of cacao. And the Ivory Coast produces more of it than the rest of West Africa. The country has been cited by the International Labor Rights Forum and others as the country with the highest use of child labor, child slaves and trafficked children on cacao plantations. "Slave traders are trafficking boys ranging from the age of 12 to 16 from their home countries and are selling them to cocoa farmers in Cote d'Ivoire... A UNICEF study reports that 200,000 children are trafficked yearly in West and Central Africa. "

Many chocolate consumers who are trying to avoid putting their dollars into companies that use child labor or unfair trade policies look for chocolate labeled with the Rainforest Alliance certification. The standards for certification as outlined by the Sustainable Agriculture Network include that "Certified farms do not discriminate and do not use forced or child labor."

However, the International Labor Rights Forum has issues with the strictness and verification of Rainforest Alliance certification, as well as the fact that only 30% of the cocoa content in a given product has to be certified to earn the Rainforest Alliance stamp.

By comparison, 100% of the cocoa content used in a given product must be certified to qualify for the Fair Trade USA stamp. When I spoke with Stacy Wagner at Fair Trade USA in Oakland, CA, she noted that you can't buy just 30% of a product, so the Rainforest Alliance stamp can be misleading to consumers.

Stacy also shared that Green & Black's Organic chocolate (which I love) has made a 100% Fair Trade commitment. The company is now not only certified organic, but also certified fair trade by Fair Trade USA. There are other smaller scale chocolate makers that might not have the Fair Trade Certified label but still don't buy from nations listed for using child labor. Don't hesitate to call your favorite chocolatier and ask about the origins of their cocoa products, I know I'll be doing this from now on. 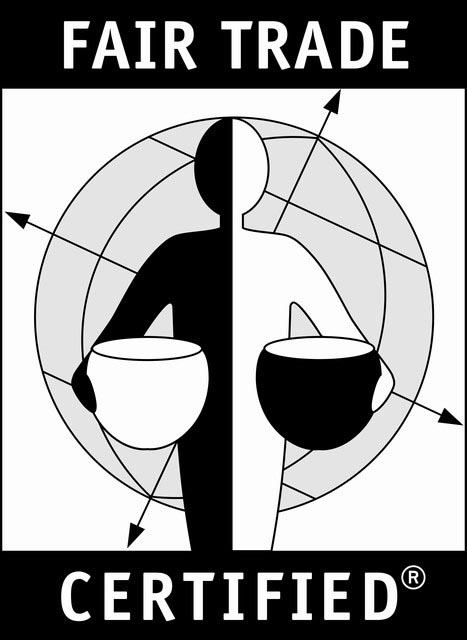 It seems to be the big guys -- Hershey, M&M Mars, Nestlé, etc -- that are the major culprits who turn blind eyes on the use of child labor, child slaves and trafficked children. There are about 280,000 children working on cacao plantations in West Africa, and approximately 12,000 have been trafficked into Ivory Coast, where most of the cocoa product used by the big guys comes from.

Despite the fact that Nestlé signed on to the Cocoa Protocol, in 2005 the ILRF filed suit against Nestlé, Cargill and Archer Daniels Midland, on behalf of a group of children, alleging trafficking, torture and forced labor. Children who testified spoke of severe beatings and the inability to leave the plantations at will. Nestlé's reply to the charges? They weren't responsible because they only buy the chocolate, they don't own the plantations.

In the making of their documentary The Dark Side of Chocolate, film makers Miki Mistrati and U. Roberto Romano captured footage of children as young as seven years old being trafficked from Mali to Ivory Coast to work on plantations. Not surprisingly, this film has yet to hit the screens of American televisions or theaters.

Big chocolate collectively spends billions of dollars advertising their treats to our children, treats they manufacture in China and Mexico for the most part. And they pay millions to their executives for the huge profits they reap as a result of reductions in supply and manufacturing costs. Hershey alone reported an over 50% increase in revenue in 2010.

Nearly all cacao farmers live at or below the poverty level. Even those plantations that do not use child labor -- slave, trafficked or otherwise -- are still guilty of paying their workers wages so low it's hard to sustain themselves. With huge profits at one end and poverty and slavery at the other, what can we as consumers do to force chocolate manufacturers to start giving a damn about the quality of life of those without whom they would have no product to peddle?

A few things actually. For one, we can stop buying bad chocolate. If your kids start crying for Kisses or moaning for M&Ms, tell them the truth, that kids just like them are sometimes made into slaves, even beaten, to make those chocolates, and then let them decide if they still want to eat it. We can buy chocolate labeled Fair Trade Certified (which usually tastes better anyway). We can give time and money to non-profits working to bring about change in the chocolate industry. And we can call our favorite chocolate makes, whoever they are, and ask them about the source of their cocoa. We can even call and write to the big guys and tell them we know the truth, and we want child and slave labor out of the chocolate trade.

The American consumer did all of these things to get dolphins out of tuna, and it worked. We can do the same to get child and slave labor out of chocolate.