After years of getting to know a few thousand animals on a first name basis at the Brookfield Zoo, I have come to the conclusion that the so-called divide between animals and humans is really a laugh. The only concrete difference that I can find is that a few humans are better readers than most animals. Millions of years of evolution have led to one over-arching truth -- that all life on earth is hard-wired to make tough decisions: with or without a lot of information. So how do they, and for that matter we, know when we have found the love of our life?

Love as defined by America's family values would seem to be well-represented in the monogamous bird world. Pair-bonded for life (sort of), most species of birds organize their lives around courting the right female or, if you are the female, sizing up the worthiness of the courting male. Subjecting this question to the slide rule has led to some fairly unromantic conclusions: Desirable females look fertile and desirable males look healthy and reliable. One of the rules of behavioral biology is that "monogamy is female enforced" so inevitably the best males must look "enforceable." And therein is an object lesson for those human mate-choosers who never give a second look at the guy with glasses and the pocket protector.

Not all monogamous relationships in the animal world are by such elegant design. For example, copperhead snakes are not really monogamous but by becoming tiresome and tossing in a sneaky trick or two, male copperhead snakes are able to make exclusive claims on that special someone. In a biological version of the bumper sticker that says "I may be slow, but I am ahead of you," copperhead males mate with females for as long as eight hours. As if that wasn't enough to give a girl second thoughts, the male produces a pheromone during the endless mating that makes the female unattractive to other males. And so, a whole year goes by before the female will mate again. We can only guess if by "again" that means anybody but the guy from the year before. 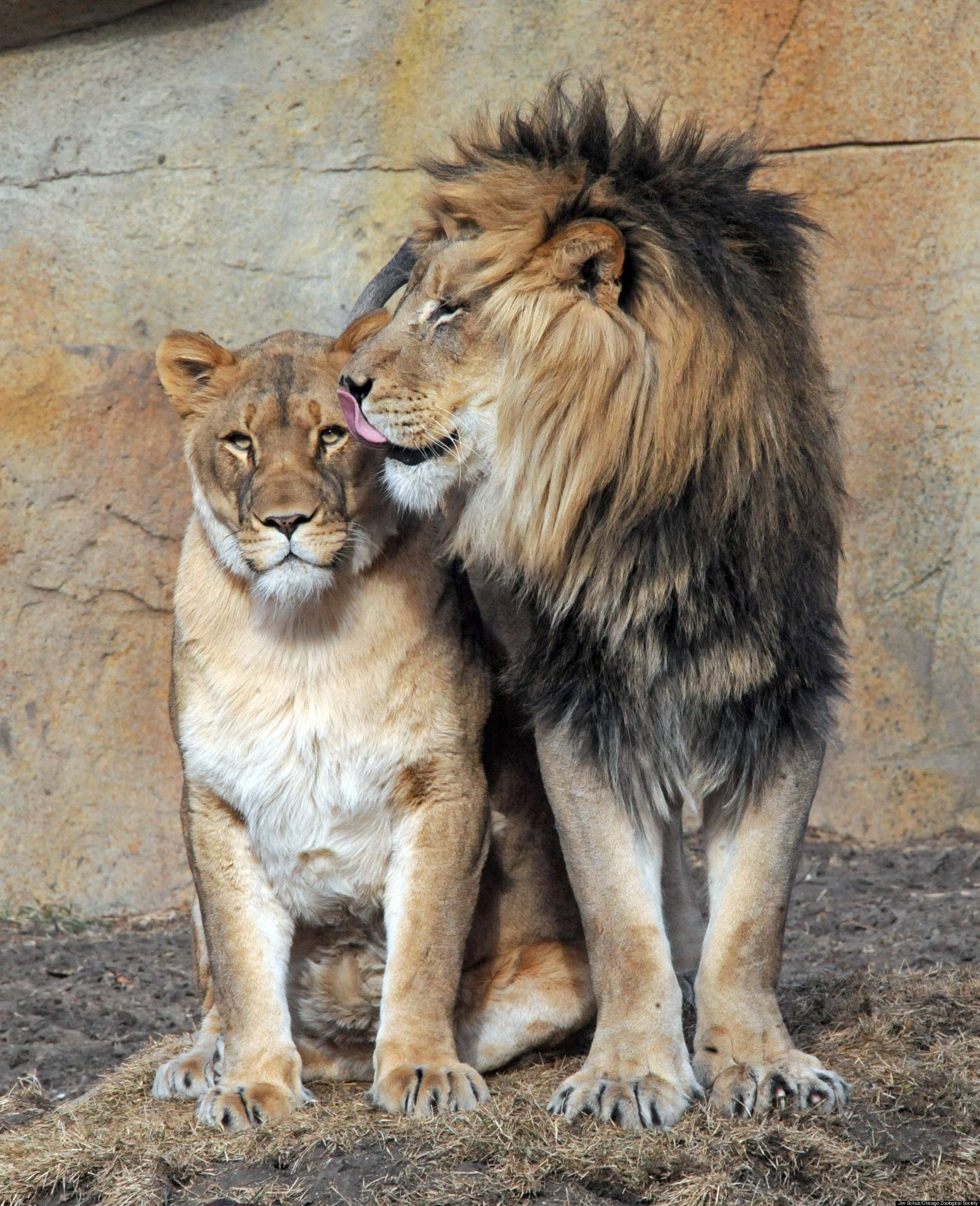 Meanwhile, things get even less neat and tidy in other quarters. "Why do all the men I meet never stick around?" is the perennial cry of most of the large cats. Love among the solitary-living tigers and leopards is pretty much considered a waste of time until the surge of hormones we call estrus kicks into high gear. Then the big lunk from the adjoining territory is invited over for several days of intense passion, at least in the quantitative sense. (Copulation frequency of 25 to 30 times a day is probably just a low average.) Then it's over and the moment of objective reality sets in and both members of the couple see each other for what they really are: large carnivores with appetites for a 50-100 pound antelope at one sitting. Who can afford that?

Primates, our closest kin, are always a point of fascination and always relevant to any human-centric discussion of the biological bedrock of that thing we call "love." The catch is that primates as a group seem to have multiple opinions about the optimal way to go about it. The tiny marmosets subscribe to monogamy while the enormous orangutans of Borneo and Sumatra prefer the single life with the occasional tryst in the trees. Gorillas are polygynous in order to capitalize on the approach-avoidance conflict of needing a giant protector who looks scarier than hell but then wondering what to do with him when there is no danger. The answer: group marriage with enough of the smaller females to outweigh collectively the male that is twice their size. There is nothing like being landed on and bitten by three insulted gorilla females to teach a male to be polite!

And what would a biological Valentine's Day lesson be without reference to our all-time closest kin, the bonobos (or pygmy chimpanzees)? As it turns out, the motto to "make love not war" was not invented by students at Berkeley but by the bonobos of central Africa a few hundred thousand years earlier. Bonobos substitute sex for aggression and would seem to subscribe to sex as the answer to virtually everything: making peace, celebrating food discovery, saying hello, saying good-bye, males with females, females with females, males with males, and young with old. Approximately, 75 percent of bonobo sexual encounters have absolutely no reproductive potential whatsoever. The social biology of bonobos works a lot like scripture; you can read what you want into it. Like it or not, these creatures are on the human family tree, but always keep in mind that biology (or family for that matter) is not destiny. So, in other words, go out, buy a box of candy in the shape of a heart and take it to someone special, say hello, and celebrate.