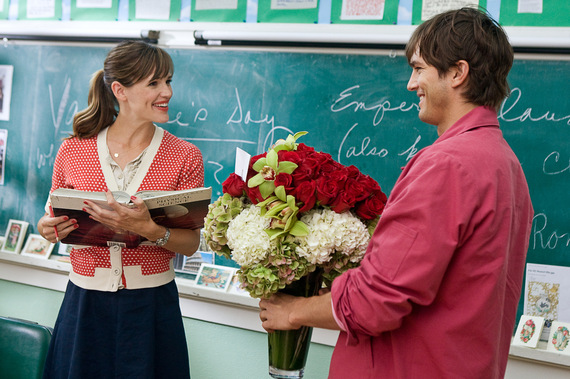 This week, people all around the world will make very similar consumer decisions: buying a card, ordering flowers, getting chocolate and booking a nice restaurant. With Valentine's Day fast approaching, it seems that we are celebrating our feelings in a global village of love and romantic consumption. But is there more to the event than meets the commercial eye?

Valentine's Day is big business. Americans who are celebrating the event are planning to spend an average of $142 per person, or a total of $19 billion this year. In the UK, it is expected that almost $3 billion will be spent in the name of love.

Yet, the greatest excitement about Valentine's Day is expressed in Asia. According to a recent Rakuten survey, Indonesians (57 percent), Taiwanese (53 percent) and Singaporeans (45 percent) lead the race for being the most expectant to celebrate Valentine's Day. Germans, who used to be at the forefront of free expressions of emotions in the period of Romanticism in the late 18th century, rank at the bottom of the multi-market poll (18 percent).

With its global scope, Valentine's Day is a great case to learn more about the workings of globalization -- and the shaping of what we tend to think of as our most personal feeling: love.

Anton Siebert and I have been studying romantic love and consumption for the past 10 years in one of the major emerging love economies of the world: Indonesia. The country and its 240 million population have seen large-scale institutional changes since the millennium. After three decades of authoritarian rule, Indonesia ushered in a new phase of reform, democratization, and increasing integration into the global marketplace. For example, Elizabeth Gilbert's (or Julia Robert's) search for love in Indonesia in the famous novel and film Eat, Pray, Love only added to the appeal of romance.

At first glance, Valentine's Day in Indonesia is an example of the globalizing of Western consumer culture. Anthropologists have used the term "global structures of common difference" to describe what happens when the global and the local meet. The fact that Valentine's Day is celebrated in societies such as Indonesia relates to the common aspect of these global structures, for example in the market landscape. Just consider the products and services that are sold each year, and the symbols that people across the world use. Chocolate, red roses, candlelight dinners and romantic greeting cards; they are much the same, and they have spread from the West throughout the world.

While these market developments are remarkable, our ongoing research reveals that there is something even more fundamental at stake: emotional life itself. From a conventional perspective (and maybe due to the widespread confusion of passion and romance), Valentine's Day simply offers a way for people to openly express their feelings. But when something becomes a global structure, its impact reaches far beyond that. It becomes a standard part in people's biographies, a "normal" way to think about and do something.

So when Valentine's Day becomes integrated into people's lives, it influences the ways in which people manage love. In this sense, Valentine's Day is not only promoting heart-shaped boxes of chocolate, but it is promoting a particular ideal type of love-relationship. The idealized romantic bond is one that focuses on the individual and its emotional preferences and open displays of affection, and is strongly connected to the idea of marriages based on love. This ideal, however, is often at great odds with traditional cultures.

In Indonesia, traditional culture renders love as a concern of the family, or even the larger collective. Individual preferences should be in harmony with the interests of the family. If they collide, those of the family will come first. Open expressions of affection are disapproved of, and arranged marriages are traditionally the norm.

This is where the "difference" in the global structuring of emotional life comes in. When Indonesians celebrate Valentine's Day, they are navigating exactly these conflicting emotional demands. Their experience of the holiday is specific to their culture's emotional landscape. The individualizing force of Valentine's Day has a certain liberatory effect from traditional and religious authority. Both young people's widespread enthusiasm about Valentine's Day, as well as other groups' skepticism and resistance, are linked to this dynamic in the emotional realm.

Whether we want to nurture our love in the US, Singapore, or Indonesia, our consumer activities around Valentine's Day won't be too different. An anthropological look at the global dynamics of emotional life, however, reveals what's truly at stake when people around the world are celebrating their love this Saturday.