One thing's for sure about Valentine's Day: If you're not planning ahead just a bit, it's going to hurt. It did for me last year when I promised my wife I'd go with her to a barre class as a Valentine's Day gift. After much delay on my part, she cashed in in August. I have a new level of respect for ballerinas and folks who make this part of their weekly routine. 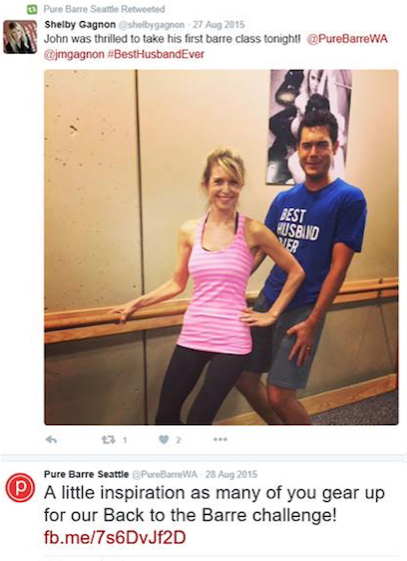 Valentine's Day is a huge holiday for shoppers, who spent $18.9 billion (yes, billion) last year. Of that, $1.7 billion was spent on candy. (No word on how this correlates with a rise in dentist visits.)

Here's some fun Valentine's Day stats for gift givers to keep in mind:

What does a Valentine's Day digital footprint look like?

Getting a close look at the data that search engines have is a great way to see what's going on with shoppers, because searches show intent so clearly. We only search for things we're interested in. Here's what the top searches for Valentine's Day look like: 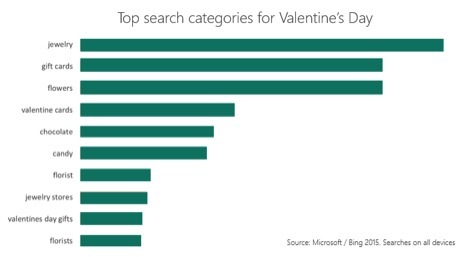 Six million people is a lot. That's almost double the population of Los Angeles. It's no wonder Valentine's is a billion-dollar retail day.

What does all this mean for businesses and marketers who love Valentine's Day?

Still a couple weeks until Valentine's Day, so set yourself a reminder to book that date, order those flowers and buy those chocolates. And which also gives me another few weeks to get my plan in order. No, Pure Barre is not in the plans for 2016.