Turns out, Barbie and Ken are not meant to be.

When "real-life Barbie" Valeria Lukyanova met "real-life Ken" Justin Jedlica, sparks didn't fly. Instead, Lukyanova had some harsh words for the man who compared her to a drag queen.

Lukyanova is a 20-something Ukranian model who has gained fame for her Barbie-esque physique, highlighted by an impossibly small waist, large breasts and wide eyes. Jedlica, an America, has also attained a level of celebrity for spending around $100,000 on 90 surgeries to look like a Ken doll.

In November, Jedlica told HuffPost Weird, "I do find her beautiful. [But] it appears to me that much of her look is added makeup, fake hair and 'slimming' corsets... Drag queens have put on the same illusions with makeup and costumes for years."

When the two living dolls met up in New York City at a recent photo shoot, Barbie blasted Ken, according to British tabloid the Sun.

“Justin said bad things about me but he had more than 90 operations, while I had only one," the real-life Barbie told the Sun. “I am not hiding that I’ve had plastic surgery. I had breast implants because I want to be perfect. He would do better not to comment on who is plastic and who is not. I think he is handsome man -- but he overdid his lips.”

Although Jedlica might not be interested, Lukyanova is happy with her appearance. “This pleases me because a doll is an image of an ideal woman," she told the Sun. "Nobody would mind to be compared with a doll.”

Jedlica, a New York native, appears to have more of an affinity for Lacey Wildd, a model and mother who wears a triple-L cup size. The Ken lookalike posted a photo of him and Wildd together on Friday with the caption, "Omg I love Lacey!" 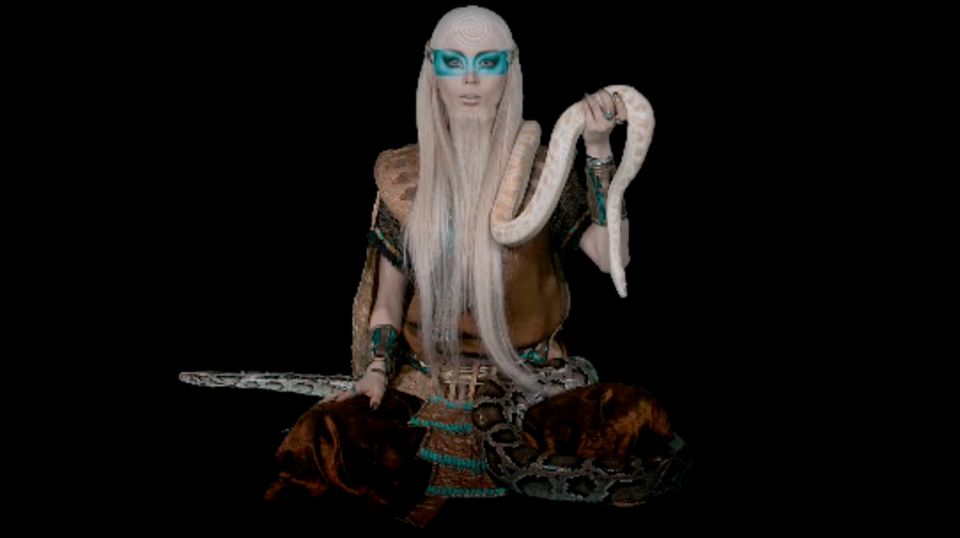 1 / 23
Valeria shows her spiritual side in Vice.com documentary
VICE Media