Somehow both patriotism and horror are palpable in Valerie Hegarty's works, which she mutilates and brings to new life in a new exhibition, titled, "Altered States." The show's title concerns the surreal and disturbing political squabbles of today, although it also alludes to Paddy Chayefsky’s 1980 sci-fi horror film by the same name, which featured a mad scientist who experiments on himself. 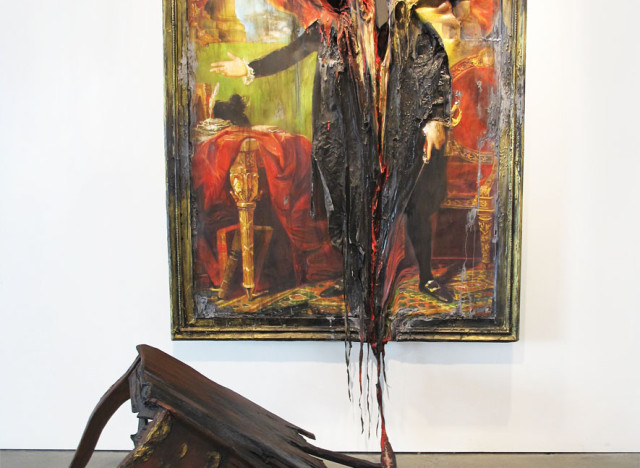 One work, "Headless George Washington with Table", presents a George Washington portrait which was rescued from a White House fire during the War of 1812. Hegarty's work displays an alternate history in which the piece burned in the fire, beheading General Washington in the process. The deep reds from the curtains drip down the spliced painting creating a bloody stream of paint. Breaking the illusion of the painting's representation, Hegarty invites us to look at the guts of the objects themselves.

Through "Altered States" we contemplate ideas of metamorphosis and mortality. The works show the close proximity between destruction and creation, and how easily one can morph into the other -- her sublime historical-scientific experiments provide a glimpse at the beauty of disaster.

"Altered States" will show until May 5 at Marlborough Gallery in New York.

Is burning things the new painting? Let us know your idea for the next unconventional art technique in the comments section below. 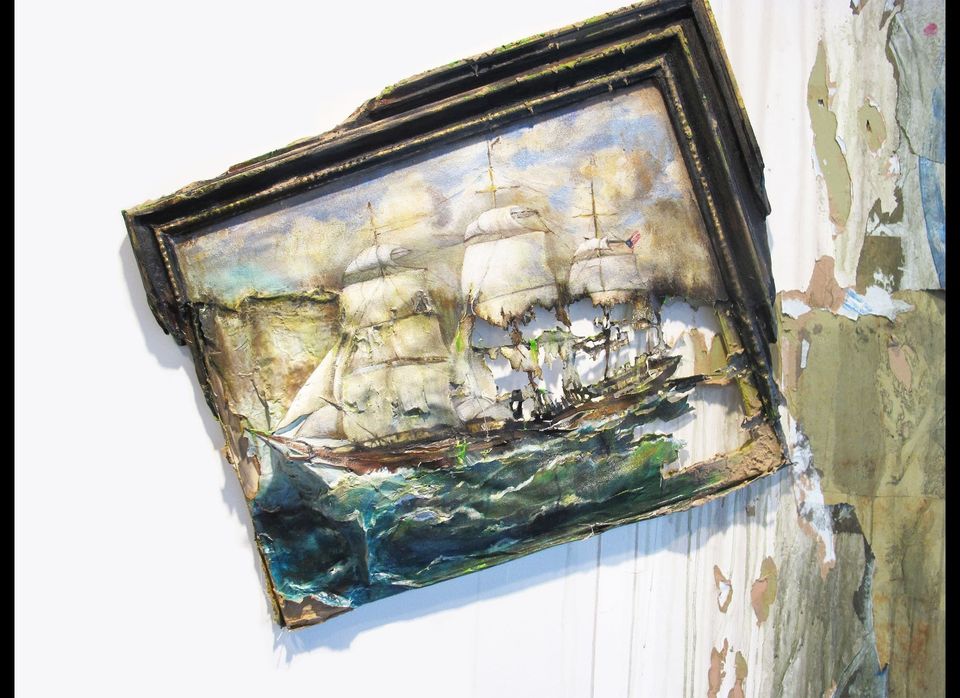