We first met Valley Haggard (best name ever! And yes, it's real!) when David was doing a reading at a tiny bookstore which shall remain nameless. The bookstore was so bad that they didn't even realize there was a reading going on there that day. The reading itself took place in a tiny room with no windows that was approximately 120°. It was like a literary sweatbox. But Valley enjoyed what I did, we talked and bonded afterwards, and she invited us down to Richmond, Virginia, to make a presentation for the James River Writers Conference. It is truly one of the best writers conferences in America. And it was the start, as they say, of a beautiful friendship. We've now been presenting at JRW for over half a decade, and it's proved to be a fantastic, symbiotic relationship. Which all began in a sweaty, nasty room in a sweaty, nasty bookshop at an event that only four people attended. Which just goes to show, you never know. Now Valley has a new book coming out, and we wanted to pick her brain about writing, book conferences, and how to get a book published. 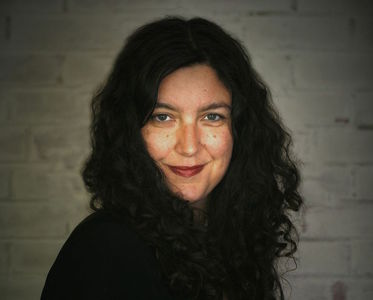 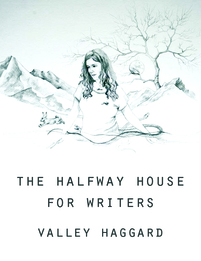 The Book Doctors: First of all, what made you decide to do something as ridiculous as decide to be a writer?

Valley Haggard: When I was seven I told my mother I wanted to grow up to be a famous reader. Writing seemed like at least the next best thing! I was tone-deaf and came in last place in the dance competition, but words were my allies, my friends, my escape, my safety, my rebellion and my fluency. I felt weird in so many places in my life, but not in a book, not on the page. Writing is the one thing that has stayed with me through everything: moves, men, sobriety. Writing has saved my life so many times it seemed silly to abandon it for job security and health insurance.

TBD: What are some of your favorite books and why?

VH: The answer to this question could be a book in and of itself. Some books are friends, some are family, some are lovers, some I can't get away from fast enough. Some whisk me away around the world and some bring me deeper into myself. Some of my most intimate literary relationships have been with Lolita, Beloved, One Hundred Years of Solitude, Love Junkie, Jane Eyre, Gone With the Wind, A Wrinkle in Time, Even Cowgirls Get the Blues, Our Tragic Universe, Claiming Georgia Tate, Chicken, Bird by Bird, Writing Down the Bones, The Glass Castle, Lit, Henry & June, Shantaram, Notes From Underground. And there are so many, many more but I love these books because they took me somewhere and made me feel something. I think back on them as pivotal experiences I had with great friends.

TBD: How did you get involved working with kids and writing, and what are some of the things you've learned by doing that?

VH: The summers after my sophomore and junior years of high school I attended the UVA Young Writer's Workshop, the first structured setting where I was treated with the respect of a real writer instead of a kid with a hobby. This was life changing! I returned for two summers during college to be a camp counselor. I started Richmond Young Writers in 2009 in an upstairs gallery room of Chop Suey, an independent bookstore in the heart of Richmond, after getting laid off from my desk job at the alternative weekly the year before. Initially there were just a few kids but we grew, added teachers and staff and have become a year-round program offering scholarships, a full range of summer camps, homeschool and after-school classes. Our mission is to share the craft and joy of creative writing with kids who otherwise might have the very breath of their work beaten out by SOLs, grades and other harsh, critical realities that can sometimes be present in schools and/or life today. The kids are amazing. Their writing blows me away and gives me hope for the future of humanity.

TBD: What's the idea behind The Write Life?

VH: Initially The Write Life contained the spillover from the author interviews and book reviews I couldn't seem to cut off at their allotted word count. It became a catch-all for my book and writing related thoughts and ideas, a place to post my articles, interviews and the column I wrote for a women's magazine about navigating life as a self-employed creative writer while being a mother and a wife with a mortgage. Now that I'm concentrating my time and energy on Life in 10 Minutes it serves as an archive of my writing journey.

TBD: How has teaching writing impacted you as a writer?

VH: Teaching holds me to the fire. I write in the classes I teach which holds me accountable in a totally different way than lecturing from a podium. If I suggest that my students be vulnerable and brave, that they turn their shit into gold, extract their own splinters one by one, take creative risks and not apologize for their work, I have to do it, too. The synergy of writing and then reading aloud in class creates both the feeling of performance art and a really safe testing ground for taking creative risks. When I read something to the class and no one dies or runs out screaming, it gives me the courage to bring my work to the public arena. To keep my heart and mind in the game, I always teach what I need to learn, and there seems to be a great universal aspect to this. I learn so much from my students' writing and their process every single day.

TBD: Tell us about Life in 10 Minutes.

VH: Life in 10 Minutes is an online literary magazine that features slice-of-life stories written 10 minutes at a time. For years, students would write these fantastic flash nonfiction pieces in my classes and I'd say, "It's brilliant! Send it somewhere!" I finally decided to become that somewhere, to create a platform for my students' writing as well as my own. It's amazing how much story, character, heart and emotion can be packed into 10 minutes. Submissions aren't limited to my own students however, and since the website launched in January 2015, I've been thrilled to publish two unique pieces everyday from all over the world.

VH: Conferences are a great way to step out of the room you've been confined to for months and years laboring alone, to break the isolation of the writing life and to learn from writers outside of your particular genre. I had no idea how much I'd get from a mystery or YA or poetry or food writing panel! The James River Writers Conference is special because the panelists and authors are thrown into the mix rather than being cordoned off like exotic animals. You learn that writers and those in the publishing industry don't bite--most of the time. JRW is especially great at providing southern hospitality, networking opportunities, connection, fellowship, the always amazing Pitchapalooza and a chance to meet and talk to real, live agents and authors in the flesh. This is hard to accomplish in your own basement or home office even with a really good internet connection.

TBD: You've also done lots of interviews and reviews with writers and books, what if you learned about writing in the publishing business from that?

VH: When I was pregnant I thought "If millions of other women have survived childbirth, surely I can too." Interviewing authors has been a bit like that. Of course, the stories of persevering against all odds, getting laid off, being completely broke, and soldiering on despite rejection have been my favorite because I can relate. I've learned that publishing is a different art entirely from that of the writing process itself and that you have to have a certain business savvy and mindset to sell yourself. I've recently determined that if you want to have a baby--or publish a book--there's certainly more than one way to do it. You don't have to go the traditional route to become either a parent or an author. The publishing world is really opening up and changing in this regard.

TBD: Tell us about your new book.

VH: The Halfway House for Writers is the culmination of everything I've learned over a lifetime of writing, reading teaching and studying creative writing. It's a guide for overcoming the damage that's been inflicted on us by the world as well as the damage we've inflicted on ourselves. It's a manual for both beginners and seasoned writers who are struggling with insecurity, self-doubt, writer's block or simply being overwhelmed about how to start. It's the process by which my students and I have found the heart of our true material and begun to heal our wounded writing selves. It's a combination of my own experience, practical advice, encouragement and an invitation to begin.

VH: Surrender your weapons. Stop beating yourself up. Seek shelter. Create some loose structure around your writing. Use your triggers as your prompts. Turn your shit into gold. Extract your splinters one at a time. Take baby steps. Free write. Handwrite. Learn how to be gentle with yourself. Set a timer for 10 minutes and see what happens.

Valley Haggard has written in short and long form all her life. She has slept in tents, hostels, motels, couches, tool sheds, log cabins, bunk beds and the bowels of a ship. She has lived in New York, Italy, Colorado, Arkansas and Alaska and now she lives in the house where she grew up in Richmond, Virginia. She has been a Waffle House waitress, dude ranch cabin girl, cruise ship stewardess and hotel maid. She has written book reviews, author interviews and first person columns; judged fiction contests and fellowships and sat on non-profit writing boards. She is the recipient of a 2014 Theresa Pollak Prize and a 2015 Style Weekly Women in the Arts Award. The founder and co-director of Richmond Young Writers, she leads creative nonfiction marathons, workshops and retreats for adults around Virginia. She is the founder of the online flash nonfiction literary magazine lifein10minutes.com and her book, The Halfway House for Writers, was published in October 2015.