When Valrhona Chocolate acquired the Loma Sotavento cacao plantation in the province of
Maria Trinidad Sanchez in Dominican Republic, they wanted to give back to the community that would be a large part of the new plantation's success. Valrhona, a company making strides in the area of Corporate Social Responsibility, worked with local non-profit Fuparoca Foundation to co-fund the construction of a new school house for local children.

Located on the new Loma Sotavento plantation, the Los Indios School House will serve children in what is the poorest province of D.R., and the establishment of the new Valrhona plantation aims to improve the financial prospects of the 15 local families. 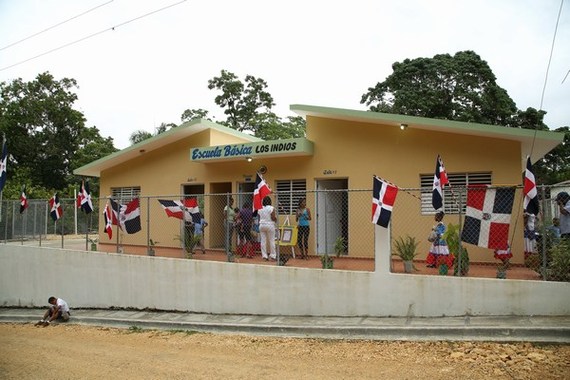 As Valrhona CEO Jean-Luc Grisot explained in an interview, the goal at Loma Sotavento is to create a plantation that will not only produce some of the world's finest cacao beans through cutting-edge practices, it's also to create a working model for the chocolate industry that demonstrates responsible corporate practices.

Grisot continued on to explain that in countries where Valrhona does not own and operate the plantations where they get their beans, Valrhona simply offers growers the best price, thus ensuring they will get the best beans. Valrhona also operates at a high level of social and environmental responsibility.

With the new venture in Dominican Republic, Valrhona aims to make Loma Sotavento an example of what all chocolate companies are capable of accomplishing. With the construction of the Los Indios School House, Valrhona has demonstrated that any company can go further than a fair price for a commodity, they can actively support the communities without whom they would have no product to sell.

When the day came for Valrhona to open the school, they were so proud of the work of all those involved with the creation of both Loma Sotavento and the Los Indios School House, they sent a contingent of Valrhona employees from France and the U.S. to celebrate both ventures. 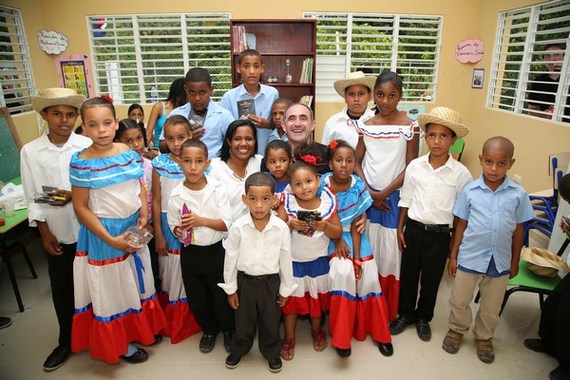 2013 saw not only the opening of the Los Indios School House, but the formal adoption of Valrhona's Buyer's Code of Conduct and Responsible Procurement Charter. The four point code of conduct demands that buyers:

1. Buy with a sense of integrity and ethics.
2. Communicate and collaborate effectively and fairly.
3. Act in a spirit of sustainability and collaboration.
4. Encourage improvement and performance plans.

The new Los Indios School House in Maria Trinidad Sanchez is just one example of Valrhona's growing commitment to corporate social responsibility and supporting local communities. In an industry flecked with questionable working conditions, unfair trade practices and seemingly nonchalant attitudes towards the challenges facing the local communities, Valrhona's actions and its philosophy can and should pave the way to a better future for cacao workers.