How far can you stretch a buck? It totally depends on where you live.

The map below, created by nonprofit research organization Tax Foundation using data from the Bureau of Economic Analysis, shows the real value of $100 adjusted to reflect average price levels in each state. In Mississippi, for instance, $100 would be enough to buy what would cost $115.74 in a place where prices are closer to the national average. In a pricey state like New York, $100 is only worth about $86.66. 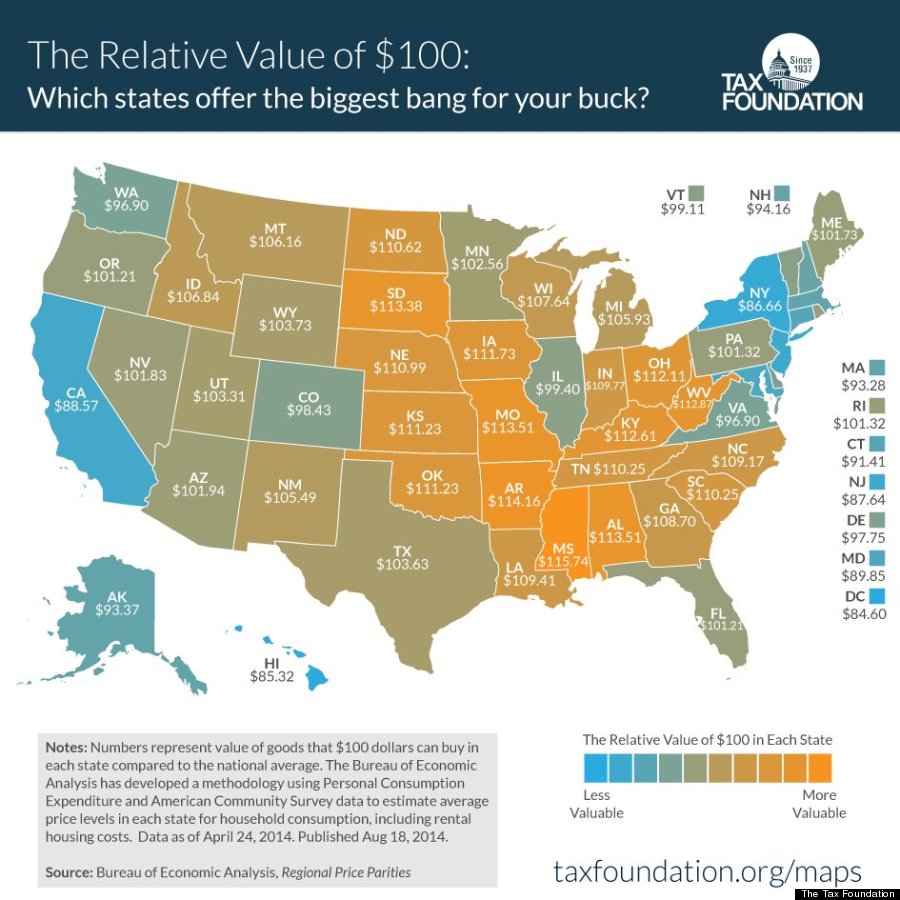 The BEA originally calculated these values based on what are called "regional price parities," which measure differences in prices for goods and services between regions. The data also reflects the BEA’s Personal Consumption Expenditure price index, which tracks changes in average national prices over time.

The wide range between states is in part due to the number of large cities in each state.

"As people gather into densely-packed cities, the price of real estate in those cities rises as people and businesses compete for ownership of scarce land," Alan M. Cole, an economist at the Tax Foundation, wrote in an email to The Huffington Post.

States on the Gulf Coast or the Mississippi River tend to be cheaper places to live because it's easy to ship goods there, Cole said. States that are more isolated from transportation networks, like Alaska and Hawaii, have to pay more to import goods, so things generally cost more.

Cole argues that the U.S. often overlooks these regional differences in purchasing power when designing tax and welfare policy.