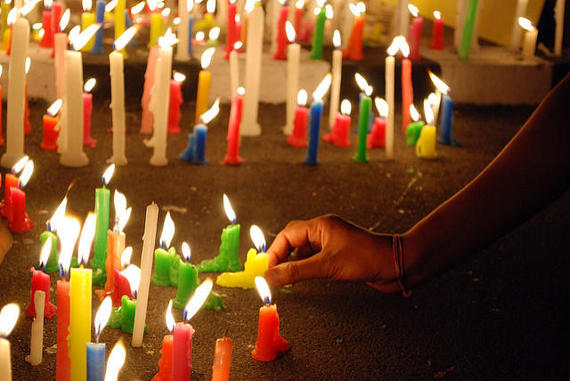 Over the past several days, we have witnessed 66 people shot in Chicago and four fatally wounded over the fourth of July weekend. In Baton Rouge, Alton Sterling was shot to death by police outside a convenience store while selling CDs. And in Falcon Heights, Minnesota, Philando Castile was shot to death by a police officer during a routine traffic stop.

While protestors gathered in peace in Dallas on Thursday evening in response to the deaths of Sterling and Castile, 12 police officers and two community members were shot in another horrific act of violence, with five officers losing their lives.

We must continue to protest and say all of their names, until their families and our communities are able to see justice and know peace.

As someone who has dedicated his life and work to eliminating violence against Black boys so they can grow up safe, healthy and hopeful, today, I am more clear than ever that it is time for a new vision for our country that includes successful pathways for all our children. Between 2010 and 2012, Black people were eight times more likely than whites to be homicide victims overall. In 2015, young Black men were nine times more likely than other Americans to be shot and killed by law enforcement.

We must address the systemic injustice that makes violence, whether it comes from the state or from within the community, prevalent in our neighborhoods. These two forms of violence, which are taking away far too many lives, are interconnected by a deep history of racism and inequality across our education, employment, housing and criminal justice systems.

To achieve our goal of reducing the violent deaths of Black men and boys, it will take clear leadership from all sectors -- government, business, philanthropy, faith and community, including our youth. These leaders will need to stay committed over the long haul until we successfully eliminate violence on every level. The good news is that a lot of good work has already started, from the #BlackLivesMatter movement, Campaign Zero and the Campaign for Black Male Achievement to the President's Task Force on 21st Century Policing and My Brother's Keeper. Because of these efforts, we have many solutions at the tips of our fingers.

Mayors, community members, cities and the country can address and reverse this trend by:

Cities United was formed in 2011 as a national network of mayors to end violence against our young Black men and boys. We work collectively to restore hope through increased education, employment and other opportunities. Because we know our Black men and boys matter. Their lives matter. Their futures matter. Their contributions matter. Now, more than ever, we must pull our resources and communities together to engage in meaningful conversation to act on immediate, mid-term and long-term solutions to make sure all our communities are safe, healthy and hopeful.