We are moving toward one tongue: 97% of the world speaks only 4% of the world's languages. Once we realized that plant and animal species were disappearing from the earth, we worked to protect them out of concern that losing even a single species may have dire consequences for the well-being of the whole planet. We need to do the same for languages.

This will require a radical shift in how we think about most of the 6,000 or so languages we still have left. Some are on the verge of extinction, others are slowly losing out to national and global languages, and most fall somewhere in between. If we don't actively counter the forces of cultural homogenization, the morbidity and mortality rates among languages will continue to climb.

Language diversity brings many benefits: each tongue contains a wealth of knowledge, often reflecting rich spiritual and cultural traditions, critical medicinal and agricultural practices and unique understandings, all providing a lens into how different groups of people view the world. Language is intrinsic to a people's identity, so to lose a language may mean to lose a people. 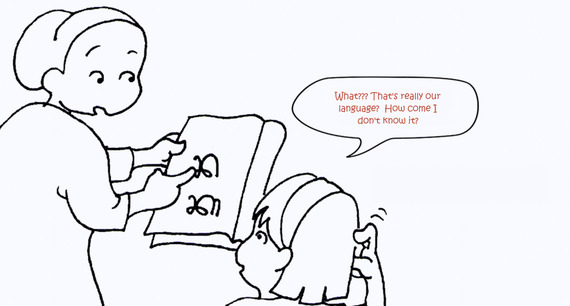 The first step in reversing this decline is the simplest but also the toughest: local communities, national governments, and the international community need to value language diversity. Not all do. Local communities may see their native languages as obstacle to joining the modern world. Governments are often concerned about promoting one unifying national language, and the international community often focuses on commercially viable languages or ones with significant political clout.

In the U.S., the goal has historically been to melt immigrant voices into one English-speaking pot. There are many good reasons for this including economics and social cohesion, but in the process, minority languages -- and the people who speak them -- have been pushed aside. Recently, language advocates have been making some headway in demanding public library materials, instruction for driver's licenses and elections and emergency rooms, and immersion classes, in multiple languages.

There are some linguistic winds shifting in Indonesia as well. Home to 706 living languages spread across an archipelago of 6,000 inhabited islands, Indonesia has long focused on trying to get all of its 250 million people to speak a single language. But just last month, the Indonesian embassy in the U.S. posted an infographic touting Indonesia as leading the world in the number of trilingual speakers.

Admittedly, the the trilingualism is among Indonesian, Javanese and English - each of which enjoys millions of speakers. And, like other countries, Indonesia hasn't gone so far as to support even a fraction of its living languages. Still, when the Indonesian government posts - officially and presumably proudly - that they rank high in trilingualism, one can take this as a small but important sign that Indonesia, and other countries as well, are beginning to understand the value of their languages.

We need to do more. We need to take seriously the proposition that languages are part of a person's - and a society's - identity and we need to value languages as we do other precious resources.

What would this look like? Local schools would teach in multiple tongues. The Internet would be friendlier to a wider range of languages. We would tell stories in their original languages. And we would honor linguists and lexicographers and language teachers and learners as much as we do athletes and scientists and celebrities.

Through these and other approaches, we would figure out new ways of sharing - and appreciating - knowledge embedded in minority languages, particularly with words and concepts that are unique to those languages.

As with endangered species, the goal with languages should not be to wait until there are only a few remaining survivors and then place them under protection (i.e. make recordings of the last speakers). Rather, we should take the more sustainable path of preserving the diverse natural habitats where minority languages are spoken. This means taking a cultural, political and even economic approach to saving languages ... and starting as soon as possible.