Time slows down. Dark, romantic music plays. A tortured-looking, beautiful man walks into the bar and makes eye contact with an equally beautiful waitress. This is how Sookie Stackhouse first meets her on-again, off-again vampire lover, Bill. The scene sends the audience a message, loud and clear: vampires are all about sex. And as Halloween approaches, the image of the sexy vampire is everywhere. (Scroll down to see some photos of these vamps.)

Once depicted as grotesque and repellent, now vampires in popular culture are anything but. They're alluring, irresistible, almost inhumanly beautiful and virtually always sexual in nature. This trend -- which has its roots in Bram Stoker's 1897 novel, "Dracula" -- has become ubiquitous in the last few years with the breakaway success of television shows "True Blood" and "The Vampire Diaries," as well as the entire "Twilight" franchise. There's even a "Fuck Yeah Hot Vampires" Tumblr, which riffs on the popular Ryan Gosling Tumblr.

Overwhelmingly (though obviously not exclusively), the fan bases of these television shows, movies and novels are women. And of course, all of these vampire tales have a lot to say about what constitutes "good" and "bad" sexualities -- especially regarding young women. Our culture tends to be unable to decide whether we should be sexual figures or virginal ones.

Back in 2009, Latoya Peterson critiqued this aspect of the vampire phenomenon eloquently in a piece for Double X:

The latest wave of novels and series are not like the glossy look-but-don't-touch sexuality you see in "Vogue." They reflect our culture's deep ambivalence about women's sexuality and our obsession with glorifying chastity and sexual violence.

To some extent, I agree. There's a lot to be criticized when it comes to most mainstream depictions of something as complex as sexuality, and these franchises are no exception. However, not all vampire stories are created equal. What I've found most interesting having watched all four seasons of "True Blood," and becoming more familiar than I would normally admit with "Twilight" (I blame this on getting stuck for 12 hours in the Madrid airport, where "Twilight" was the only English-language book under $20), is the way that these particular narratives diverge from each other when it comes to issues of sexuality.

The "Twilight" series' brand of sexuality is fairly straightforward. Sex equals bloodlust, and in general the rule is "Just Say No!" -- unless you put a ring on it. The series reads (and watches) like one giant exercise in sexual frustration. Epitomizing this idea, Bella Swan (even her name implies purity) and Edward Cullen's first kiss ends with Edward smashing himself into her bedroom wall to stop himself from doing more than pecking her on the lips. If their frisky business goes too far, he's likely to lose control and devour her ... literally. When the couple finally consummates their relationship (three novels later), it's only after they've been married. And immediately after they have sex, Bella winds up pregnant.

The implications of this dynamic are clear. Sexual urges exist, but must be repressed. This repression is a sign of commitment and love. And if you do have sex? You'll probably get knocked up and have your lover take away your humanity once and for all -- Bella's growing half-vampire child necessitates her own transformation from human to vampire. It will be interesting to see how filmmakers choose to depict this series of events in the upcoming "Breaking Dawn" movies -- the first is set to come out in just a few weeks. (The initial featured clip on film's website gives us an idea. "I'm nothing if not traditional," Edward says to Bella as he swoops her up and carries her to the pristine, white nuptial bed.)

I don't think that it was Stephanie Meyer's intention as an author to force virginity down the throats of her readers. However, after reading the first novel and finding out that it's author was an observant Mormon, I can't say that I was the least bit surprised. I could care less that her characters are chaste, exemplifying what TIME's Lev Grossman coined "the erotics of abstinence." But why do those same characters face punishment every time they act on a sexual feeling?

Although there are some similar themes that play out in the storyline of "True Blood," (i.e. idealizing the initially-virginal, main character Sookie) the sexual values that lie behind the series seem to be very different. Where "Twilight" idealizes repression, "True Blood" embraces play.

Sex is everywhere in "True Blood." For each moment of lingering eye contact that happens in "Twilight," "True Blood" depicts an orgasm. And (shocker!) not all of these orgasms involve straight, white people. After all, in season 3, straight-as-an-arrow bartender Sam has a sexy dream about vampire Bill Compton, and in the most recent season, we see Sookie's BFF Tara in her most functional relationship yet -- with another woman. In Bon Temps, sexuality is as fluid as the beer being served at Merlotte's.

Even Sookie, the blonde, virginal innocent, departs substantially from Bella. Although she starts off a virgin, just waiting for the right man, once she has sex, she doesn't end up pregnant -- or dead, as so often occurs when women are sexual beings in horror films. In fact, she becomes emboldened, asking for what she wants in and out of bed, allowing (and thoroughly enjoying) being bitten by her vampire companion.

Over at Nerve, James Brady Ryan sums up my feelings on "True Blood" perfectly:

To a degree, "True Blood" is confused and confusing when it comes to its portrayal of sex. But the show seems to be growing towards a more natural and nuanced depiction of sexuality.

It's this nuance that keeps me coming back for more "True Blood" and the lack thereof that drives me away from "Twilight." However, one thing is for sure: the vampire trend has created a space for a more in-depth discussion of sexuality than existed before. Most TV shows and movies don't come close to representing the complexity of real sexual interactions, but Edward, Bella, Bill and Sookie might be helping us get a step closer.

Click through to see some "Twilight" and "True Blood" images:

Vampires And Sexuality: What Are 'Twilight' And 'True Blood' Saying About Sex? 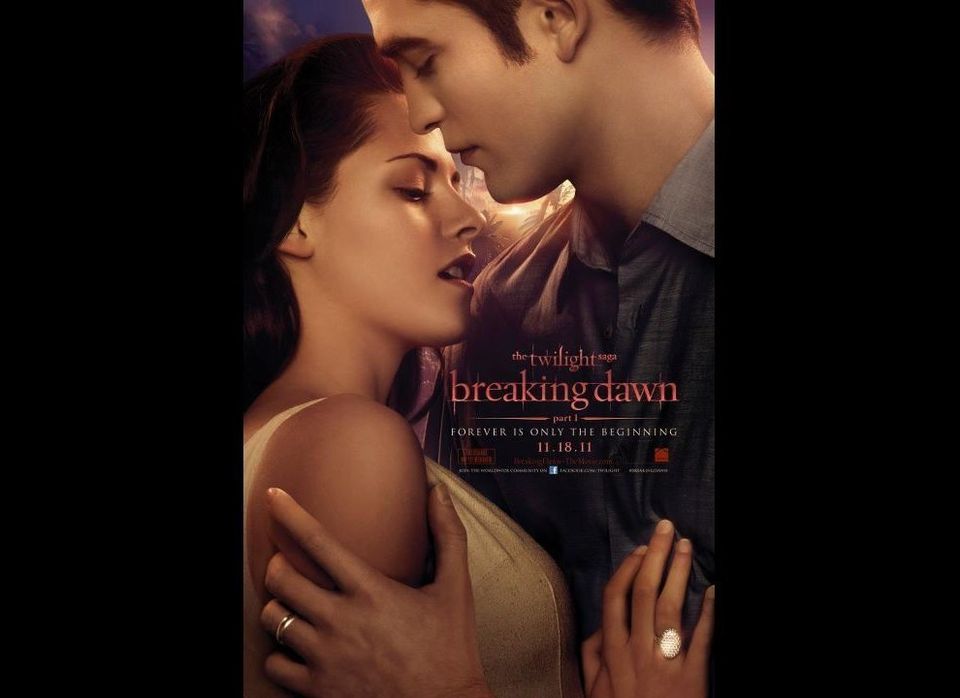