It's been a little while since Alicia Silverstone starred in a major film, so it's only appropriate that her first major comeback role sees her playing the undead.

While she's already made a smaller appearance in this year's "The Art of Getting By," before that, Silverstone's last big screen appearance came in 2006's "Alex Rider: Operation Stormbreaker" (what, you don't remember that?); since then, she's done a few TV movies, but largely has remained out of the spotlight. Now, she's starring as a fun-loving eternally young vampire in the upcoming comedy, "Vamps."

The film, which looks to combine the teen fun of her classic hit "Clueless" with the current vampire crazy in Hollywood (in fact, it's written/directed by that film's Amy Heckerling), sees Silverstone and her younger sister, played by Krysten Ritter, as two reformed, modern vampires living the good life in New York City: you know, partying, shopping and attending classes to help curb their lust for blood. Unfortunately, as we know, vampires have a tendency to fall in love with humans, which ends up causing all sorts of problems -- especially when, in this case, that human's last name is Van Helsing.

Interestingly, Silverstone is going to play the other side of the eternal life coin in the upcoming film, "Gods Behaving Badly," in which she'll portray a human that gets crossed up with Greek Gods now living in New York City. 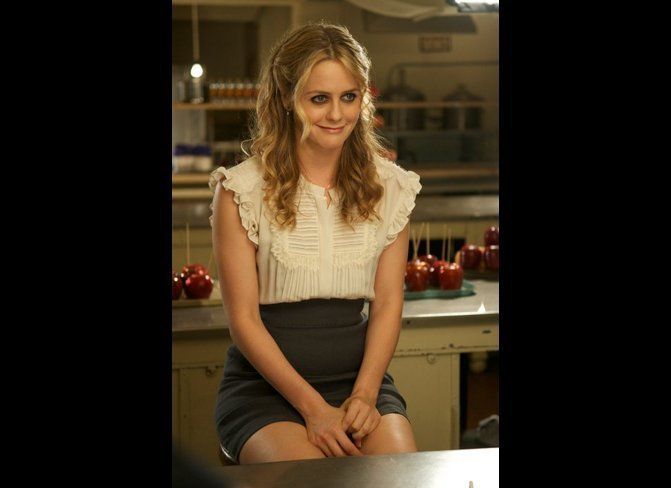