Modeling is a discipline where beauty is seldom equated with depth. One could argue that a culture's general preoccupation with form over substance has helped render such an impression accurate, but one would still be left to account for the ebullient outlier that is Gabrielle Schaub--folksinger, humanist, and aspiring NYC fashion model. 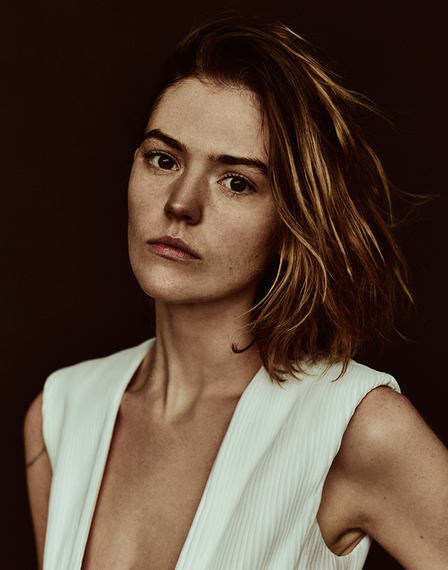 When I first met Gabrielle last summer she was 19, two years removed from dropping out of school to live in a self-sustainable community on 60 acres of land near the Oregon coast. With five other farmers she lived for two months in a complex of rudimentary shacks subsisting on canned tomatoes, potatoes, and oatmeal. The openness to embark on such an endeavor is characteristic of Schaub's approach to music and living. It was likely this same openness that drew her to New York to pursue fashion modeling shortly after lilting enchanting folk songs from the porch of an abandoned cabin in Michigan last summer. Undulant and celestial, Schaub's songs evoke the willowy wonder her intrepidness has enabled her to witness. These songs, her spirit, are a welcome challenge to conventional ideas of the model as mere object. Schaub, who performs as Van Lente, is as deep as the oceans she invokes. See her above. Watch her play in the newly released Fogged Clarity session filmed by Christopher DeSanty below: