Vancouver, Canada, became the first city in the country to regulate and license its booming medical marijuana industry on Wednesday, despite warnings from the federal government.

After four nights of public hearings, the Vancouver City Council voted 8-3 in favor of a bylaw to control the "grey market" of marijuana dispensaries. While all marijuana is illegal under federal law, Vancouver has seen an explosion in dispensaries in recent years and is now home to about 100 of them.

“These new rules will give the City the tools we need to properly manage dispensaries, while enabling those who provide a vital medical service,” Vancouver mayor Gregor Robertson said in a statement emailed to The Huffington Post. “This is a common sense approach to a complicated issue, which has been made worse by the lack of action from the Federal government.”

Under the new rules, dispensaries must remain 300 meters (0.2 miles) away from schools, community centers and other pot shops. They must also deny entry to anyone under 18; and subject employees to annual criminal record checks. To discourage underage customers, the sale of any edible marijuana is permitted only in the form of capsules, tinctures and oils.

The city's current dispensaries have 60 days to apply for licenses.

"Wake up!" City Councilor Geoff Meggs said Wednesday, directing his comments toward the health minister, the Vancouver Sun reported. "You are completely out of touch with the realities on the ground." 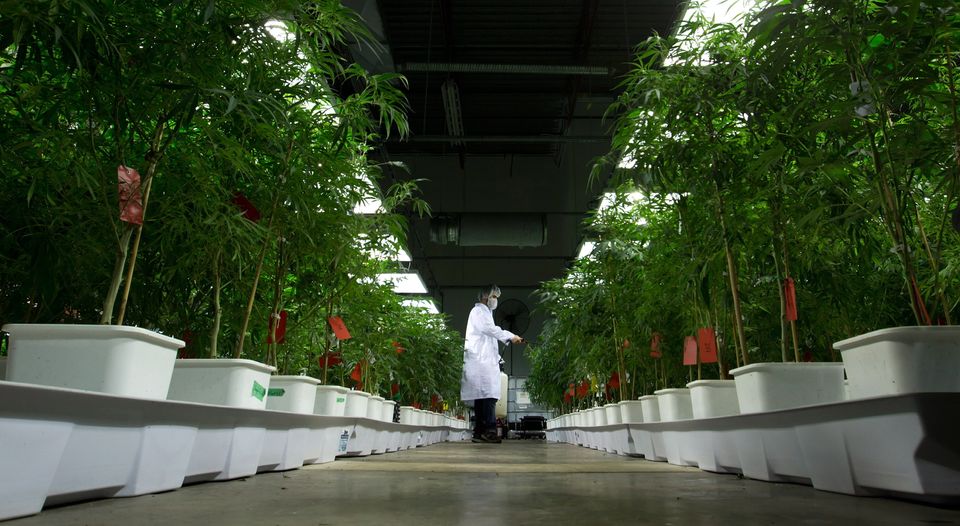 1 / 50
MediJean, Richmond, B.C.
MediJean, based in Richmond, B.C., has a licence from Health Canada to grow marijuana for research and development purposes.
Darryl Dyck/Canadian Press