The glossy tapped a few age-defying stars to be photographed with their daughters for the issue, which included actress Vanessa Williams and her daughters Jillian Hervey and Melanie Hervey.

These starlets have certainly aged beautifully and have passed down fabulous genes (and beauty wisdom) to their children. In a behind-the-scenes video documenting the shoot, Jillian, Vanessa's 23-year-old daughter, says her mom is her role model for aging gracefully. "I try to do what she does and she looks fabulous."

We wonder if that will include Botox?

Vanessa, 50, admits that she has undergone the wrinkle-zapping procedure, but only in the capable hands of those who will insure she can make expressions (a must-have when working as an actress). But you can't fully hold off Father Time and gravity--even with poison shots to the face--so we think she looks pretty damn good for her age.

Here's a look at Vanessa and her daughters in April's Allure. Stunning, right? 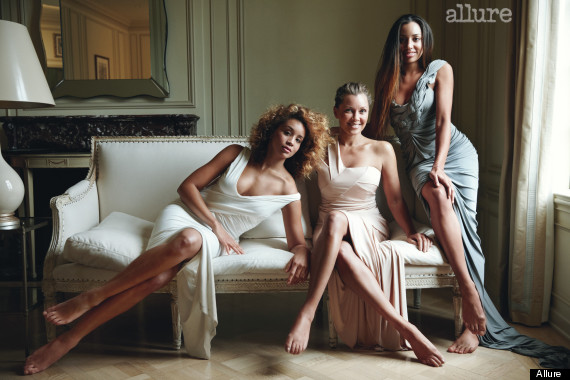