St. Peter’s Basilica joined more than 1,400 of the world’s iconic landmarks on Saturday to take a stand for stronger climate action.

The Vatican’s central square plunged into darkness on March 28 for Earth Hour, a global campaign held between 8:30 pm and 9:30 pm local time in 172 countries and territories. Rome’s Great Synagogue and Great Mosque also took part in the initiative this year, along with other iconic religious sites, like St. Basil's Cathedral in Moscow.

In the past, Francis has called the exploitation of nature a grave sin.

"This is one of the greatest challenges of our time: to convert ourselves to a type of development that knows how to respect creation," he said while addressing students at a university in southern Italy last year.

"When I look at America, also my own homeland (South America), so many forests, all cut, that have become land ... that can longer give life. This is our sin, exploiting the Earth and not allowing her to her give us what she has within her." 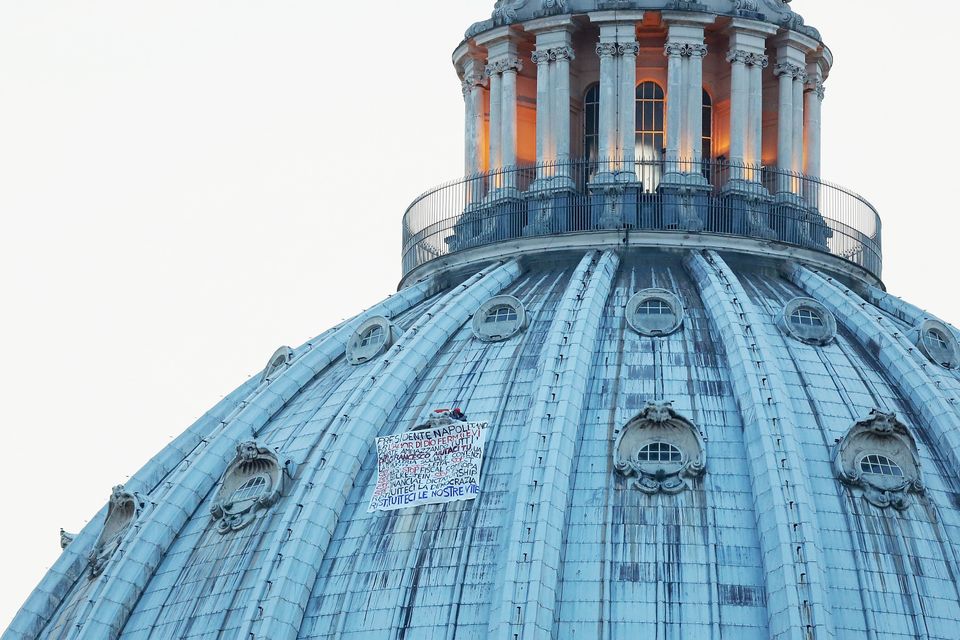