(RNS) Pope Francis and senior Catholic leaders wrapped up their two-week Vatican summit on the challenges of modern family life on Sunday (Oct. 19) without reaching a consensus on a number of hot-button topics. So where does that leave Francis’ papacy? And the church?

A midpoint status report on the debate among some 190 cardinals and bishops was described as a “pastoral earthquake” because of its unprecedented (for Catholic churchmen) language of welcome of and appreciation for gay people, as well as divorced-and-remarried Catholics and cohabiting couples.

The media tsunami over that apparent breakthrough panicked conservatives, who waged an intense public and private campaign to make sure none of that language — apparently favored by Francis himself — made it into the synod’s final report. They succeeded, and even the few watered-down paragraphs on gays and remarried Catholics did not reach the two-thirds threshold needed for formal passage.

Hard-liners claimed victory, and headlines spoke of Vatican “backtrack” and a “resounding defeat” for Francis that left his papacy “weakened.”

2. Reformers may win the war

That could be a Pyrrhic victory, one that cost more than it was worth. If the controversial passages did not reach the two-thirds benchmark they nonetheless won strong majorities. In addition, a growing number of reform-minded bishops say they voted against the contentious proposals because they did not go far enough in emphasizing the church’s welcome, respect, and value for gays and lesbians.

“I didn’t think it was a good text because it didn’t include those words strongly enough, so I wasn’t satisfied with it,” British Cardinal Vincent Nichols told The Telegraph.

Many other synod participants, including Archbishop Joseph Kurtz of Louisville, Ky., head of the U.S. Conference of Catholic Bishops, also made a point of using the language of welcome that had been rejected. Controversial efforts to alter church practice to allow remarried Catholics to receive Communion are also still in play, prominent church leaders said.

Francis himself also made it clear at the end of the meeting that he wants the church to be open to “new things,” and he ordered that the “defeated” proposals still be included in the text. It is likely that over the next year or two he will also appoint more like-minded cardinals and bishops who will push for changes.

Change is especially hard for the Roman Catholic Church, which likes to present itself — and its teachings — as immutable. But history shows that doctrine has changed (or “developed,” as theologians say) and many synod participants reiterated that teachings could, and should, be adapted for today’s new family realities.

Still, finding the theological language to justify such shifts, and the pastoral mechanisms to carry them out, is difficult. The bishops meeting in Rome (those who weren’t opposed to any changes) were all over the map when it came to specifics, and it may take time to settle on acceptable solutions, if there are any.

4. Catholicism is ‘flirting with an Anglican moment’

That’s a phrase New York Times columnist Ross Douthat used on Twitter in discussing the resistance of African bishops to what they saw as the synod’s focus on Western concerns like divorce and homosexuality, and efforts to adapt church teaching on those issues in ways that the African churches would not accept.

The Anglican Communion is the global network of 38 autonomous member churches with some 80 million members — including the 2 million-member Episcopal Church, its U.S. branch. Anglicans have been divided almost to the point of breaking as African churches have rejected moves by Western members to open the sacraments to gays and lesbians.

That dynamic is also a risk for Rome, as African Catholicism is also growing in size and influence. Two key differences, however: About 16 percent of the world’s 1.2 billion Catholics live in Africa, whereas well over half of all Anglicans are from Africa, and they have a far greater say in the future direction of Anglicanism. In addition, Catholic proposals to be more welcoming to gays are a far cry from the changes pursued by some Anglican churches.

Amid all the lobbying and armchair analysis, it’s important to step back and realize that in the three decades before Francis was elected pope, bishops, priests and theologians could have been investigated, censured, silenced or fired for many of the ideas that were being openly discussed at the synod.

That is perhaps the real earthquake, and it’s one that Francis himself wanted.

On the other hand, be careful what you pray for. Francis has long urged Catholics to say what they think without fear of reprisals. Opening the synod, he again reminded the participants that he had just one condition for their talks: “Speak clearly. Let no one say: ‘This you cannot say.’“

And by all accounts they did, with great passion inside the synod hall, but even more sharply in the press. The various interest groups seeking to influence the discussions were often much less diplomatic. As one cardinal put it to the Catholic news site Crux, at a certain point open discussion becomes “chaos.”

7. Francis is the “Pope of Process”

That’s what Grant Gallicho of Commonweal magazine called the pontiff. Francis and his fellow Jesuits might prefer to characterize his method as “discernment.”

Either way, it means that this synod was not the end, but the beginning. Nothing has been decided, and nothing is off the table. There will be another longer, and larger, synod next October, and between now and then Francis says he wants everyone to continue to debate and discuss.

Which they are already doing.

In the first week of November, Catholic University in Washington will present a lecture by Cardinal Gerhard Mueller, the Vatican’s doctrinal watchdog and an outspoken opponent of the proposed reforms. Three days later, the campus will host another German theologian, Cardinal Walter Kasper, a leading proponent of reforms and Mueller’s chief sparring partner.

Pull up a chair. Discernment can be entertaining as well as enlightening.

PHOTO GALLERY
Synod On The Family 2014 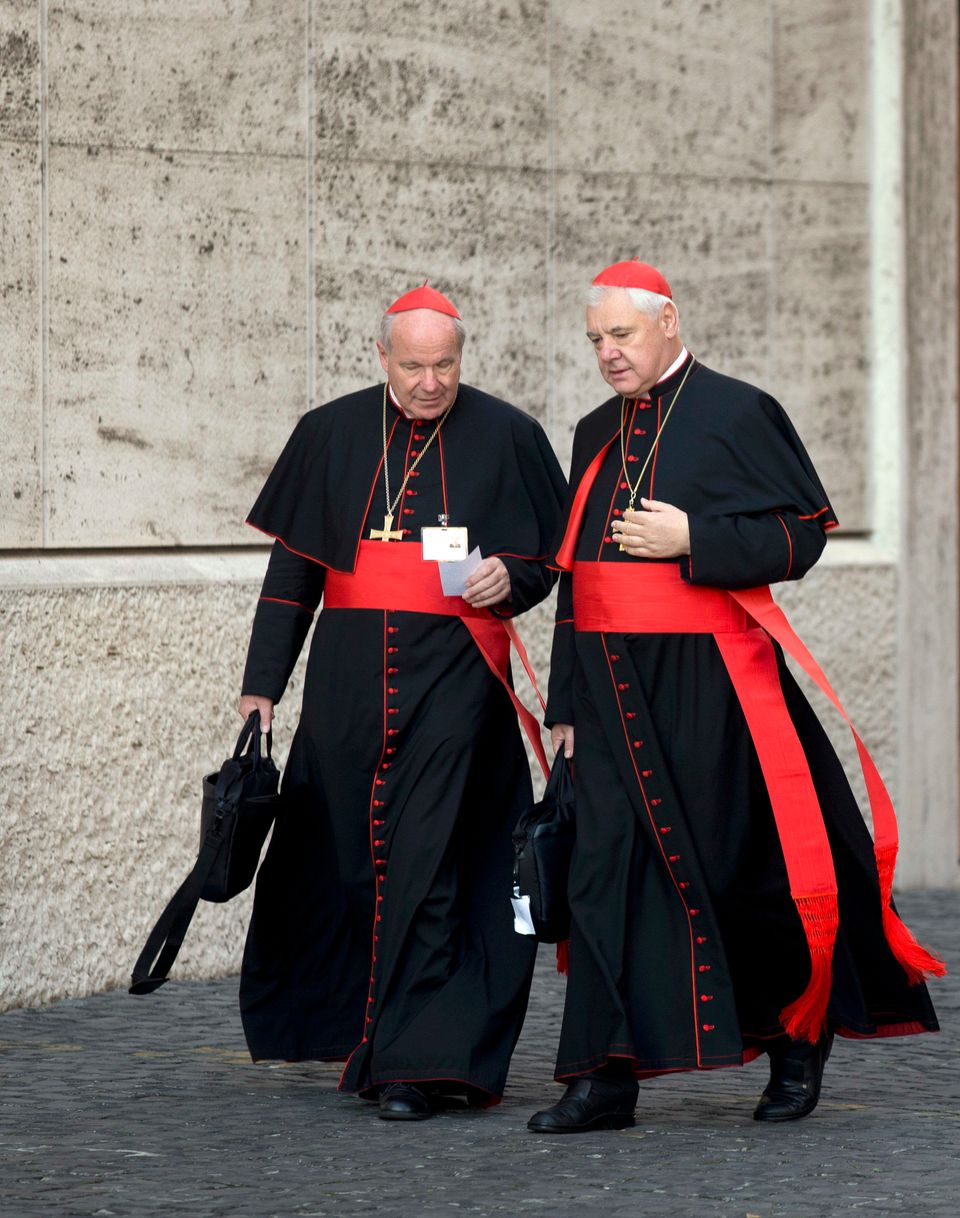 1 / 9
Austrian Cardinal Christoph Schoenborn, left, and German Cardinal Gerhard Ludwig Mueller, arrive at the morning session of the Synod on family, a two-week meeting of 200 cardinals and bishops from around the world, at the Vatican, Thursday, Oct. 9, 2014. (AP Photo/Alessandra Tarantino)
ASSOCIATED PRESS