The Vatican said on Wednesday it was worried about U.S. President Donald Trump’s moves on immigration, in the Holy See’s first comment since his executive order banning travel into the United States by citizens of seven majority-Muslim countries.

“Certainly there is worry because we are messengers of another culture, that of openness,” the Vatican’s deputy secretary of state, Archbishop Angelo Becciu, told an Italian Catholic television station in answer to a question about Trump’s order.

Becciu, who ranks third in the Vatican hierarchy, was asked about the executive order as well as Trump’s promise to build a wall on the U.S. border with Mexico.

“Pope Francis, in fact, insists on the ability to integrate those who arrive in our societies and cultures,” he told TV2000.

Some Roman Catholic leaders in the United States have criticized Trump’s executive order. Cardinal Blase Cupich of Chicago said on Sunday it was “a dark moment in U.S. history” and that it was “contrary to both Catholic and American values”.

Last February, while returning from a trip to Mexico, Pope Francis said then-candidate Trump’s view about building walls was “not Christian”. 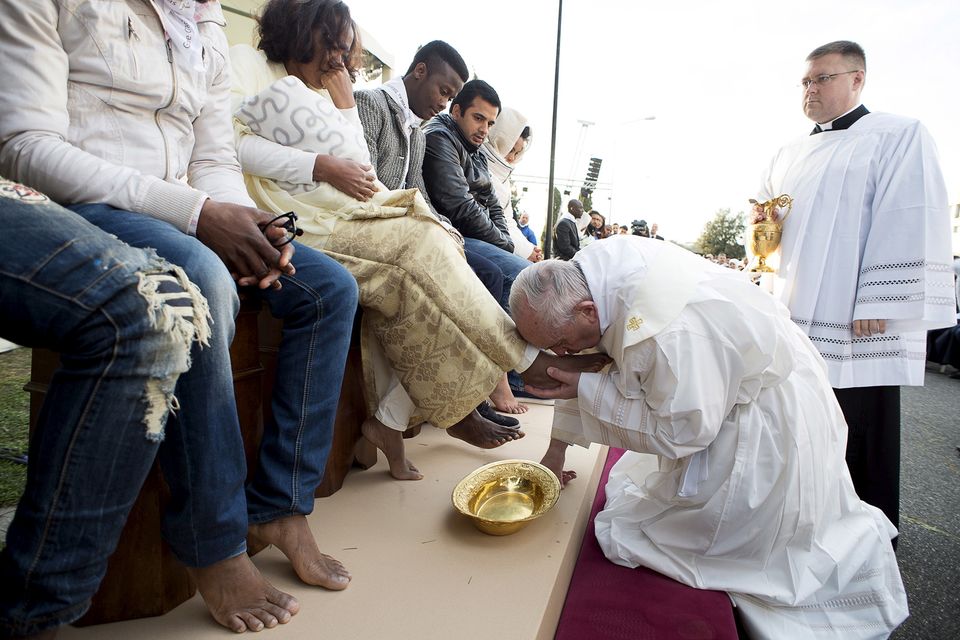 1 / 4
Pope Francis kisses the foot of a refugee during the foot washing ritual at the Castelnuovo di Porto refugees center.
Osservatore Romano / Reuters