The Vatican has published rules to evaluate the authenticity of the dozens of apparitions of the Virgin Mary reported each year.

The “Norms Regarding the Manner of Proceeding in the Discernment of Presumed Apparitions or Revelations” have been in use since 1978, but until now had been available only in Latin, never officially published and only circulated among bishops and specialists.

The Vatican document has now been translated into English and other languages to aid bishops in the “difficult task of discerning presumed apparitions, revelations, messages or ... extraordinary phenomena of presumed supernatural origin,” Cardinal William Levada, the head of the Vatican doctrinal office, wrote in a companion letter last December that was published only recently on the Vatican website.

The norms mandate that the local bishop must conduct a “serious investigation” to ascertain, with “at least great probability,” whether the Marian apparition effectively took place.

The rules also require an evaluation of the “personal qualities” of the alleged seer, including his or her “psychological equilibrium,” “rectitude of moral life” and “docility towards Ecclesiastical Authority.” The contents of the “revelation” must be “immune” from theological error, and the apparition must bear “abundant... spiritual fruit,” such as conversions.

The authenticity of the vision should be rejected if, among other factors, the alleged seer shows “psychological disorder” or “evidence of a search for profit."

In 2010, Pope Benedict XVI appointed a high-level commission to evaluate the authenticity of the controversial Marian apparitions in Medjugorje, Bosnia, which have been attracting tens of thousands of pilgrims for years despite opposition from local bishops.

Click through the slideshow to see famous paintings of the Immaculate Conception of the Blessed Virgin Mary: 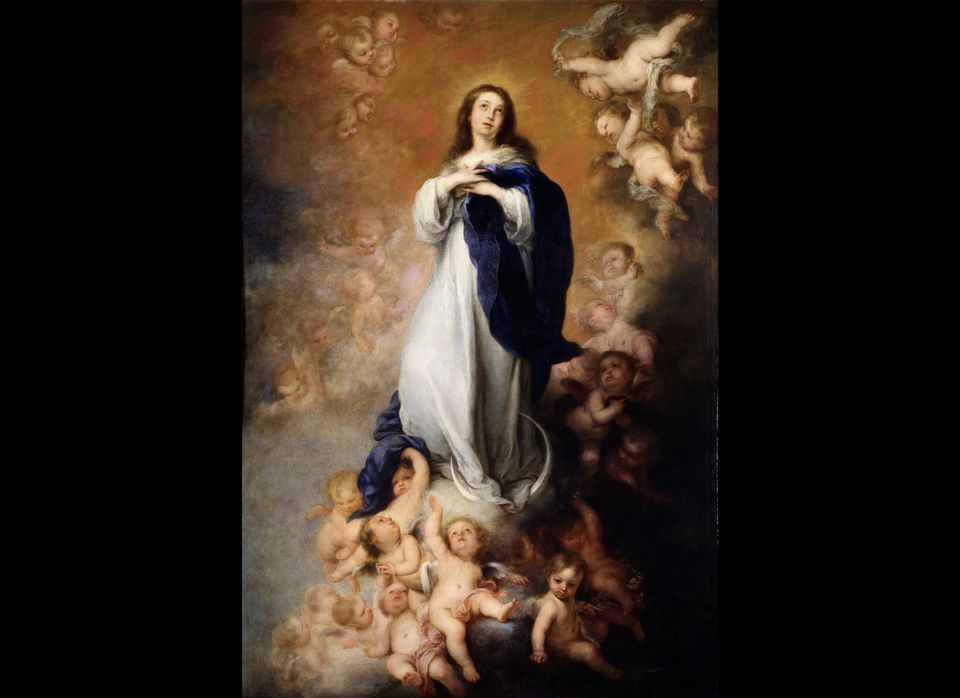