If there's one certainty in life, it's that vegans do not eat bacon. One could even say that bacon -- the porkiest of the pork meats -- is the antithesis of all things vegan. For one, carnivores eat it in unapologetic abundance, putting it on everything from breakfast plates to cupcakes. And two, when cooked, its meaty aroma fills the house in the most suffocating of ways. Imagine our surprise when we found vegan bacon grease being sold early this week. It opened our eyes and made us realize: bacon is so great there are even some vegans who love it (despite the fact that they might be morally opposed to eating it).

Guys, the vegan's desire for bacon doesn't stop at the aforementioned vegan bacon grease product. There are also many, many recipes for vegan bacon. You read that right: VEGAN BACON.

If your head hasn't exploded at the concept of vegan bacon, we're sure you're wondering how in the world this is possible?! We'll tell you: coconut. Coconut has been the secret to many wonderful vegan recipes, but it's really gone above and beyond the call of duty by making itself taste like a crisp piece of bacon when seasoned with vegan-approved bacon-y flavors. More specifically: Bragg's Amino (basically umami in a jar), liquid smoke and maple syrup. It's pretty genius, really.

Vegan bacon means vegan BLTs. Vegan bacon bits. Vegan bacon cupcakes (because, of course). As we mentioned above, there are many recipes to be found for vegan bacon, but we're partial to The Simple Veganista's take on it. Give it a try and be rewarded with this: 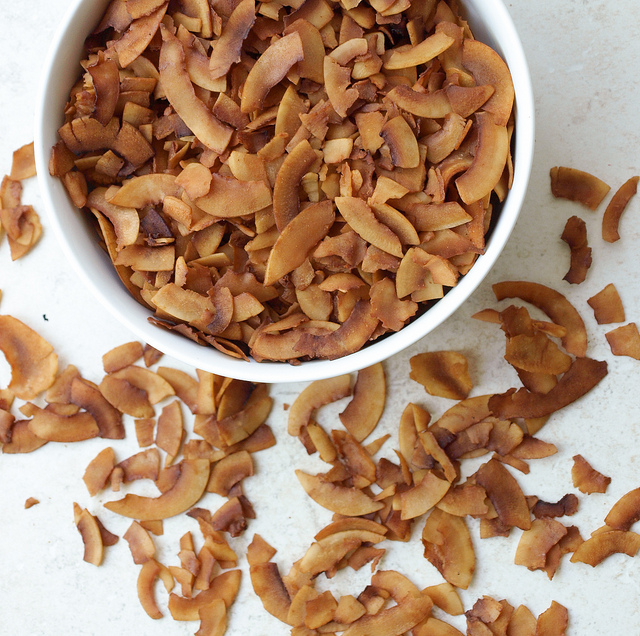