With a message that animal agriculture is destroying the planet, vegans were out in full force at climate marches this weekend. Marches were held around the world in advance of the United Nations Climate Change Summit in Paris. 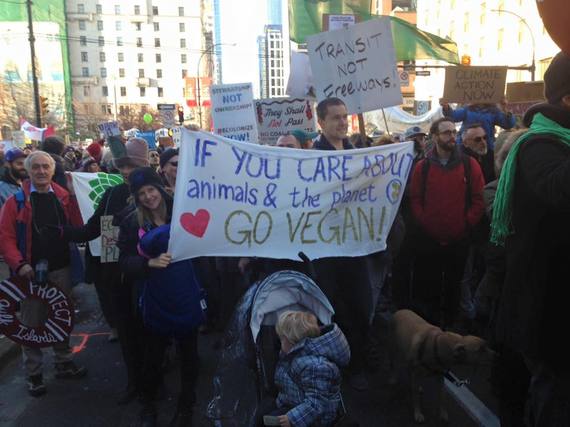 Animal agriculture is so devastating for the planet for a simple reason: raising plant crops to feed livestock is far less efficient than eating plant crops directly. Thanks to its incredible inefficiencies, animal agriculture is responsible for more greenhouse gases than the entire transportation sector combined. It is also a major contributor to air and water pollution, water overuse, land degradation and deforestation, biodiversity decline, and ocean degradation. 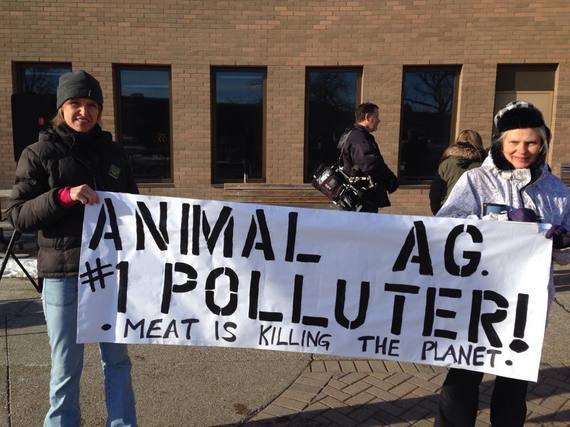 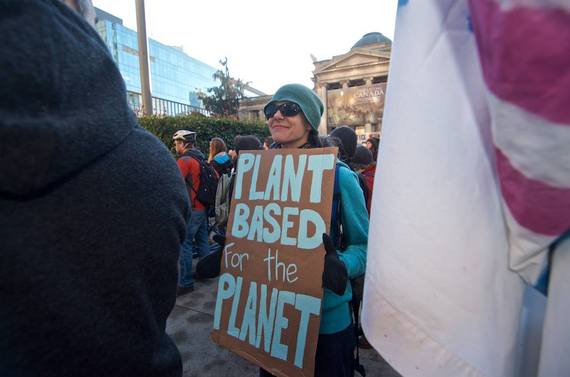 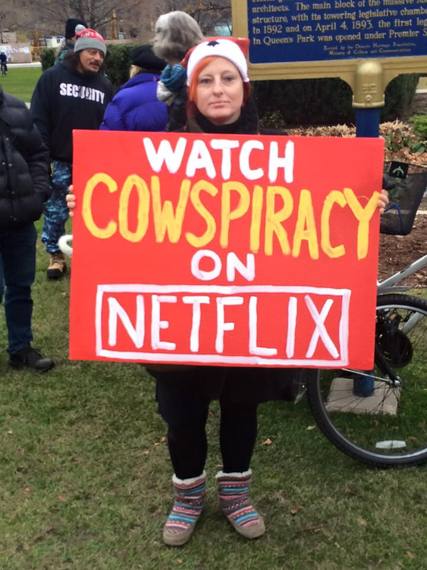 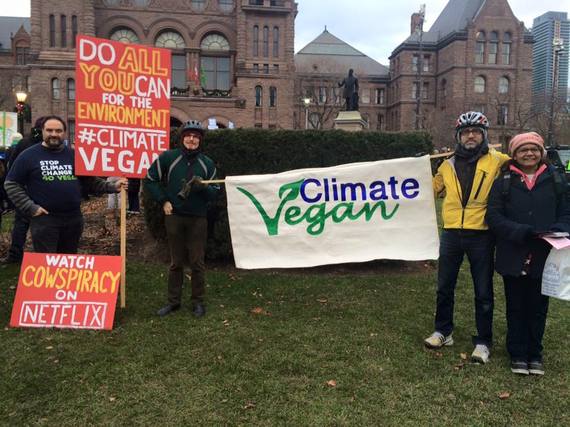 The United Nations Environment Programme has urged a worldwide shift towards a vegan diet to address global hunger, fuel poverty, and the worst impacts of climate change. International think tank Chatham House says reducing our intake of meat and dairy is essential to keeping rising temperatures below the critical two degrees Celcius, and has called for government leadership in shifting meat-eating attitudes and behaviours. 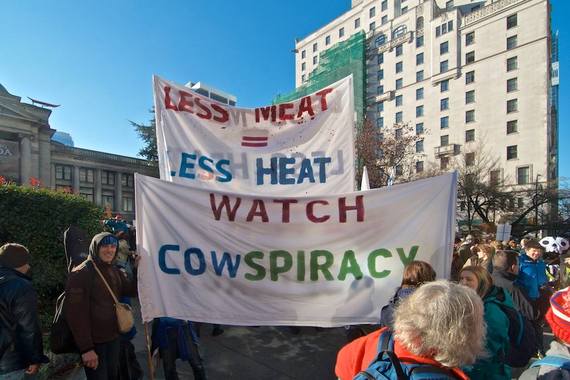 The vegan message was heard loud and clear this past weekend. One newspaper mentioned the large presence of vegans right in the article's opening; another took note of vegans in cow costumes breaking down the environmental costs of animal agriculture. 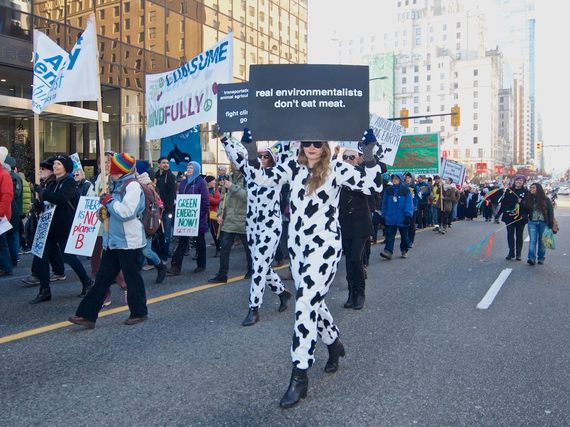 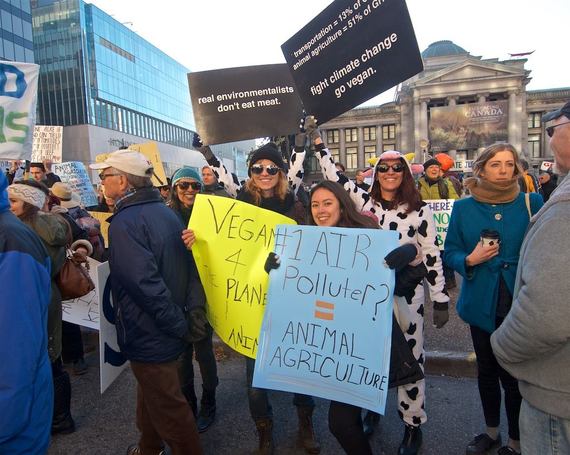 It's a message that can no longer be ignored: killing animals is killing the planet. 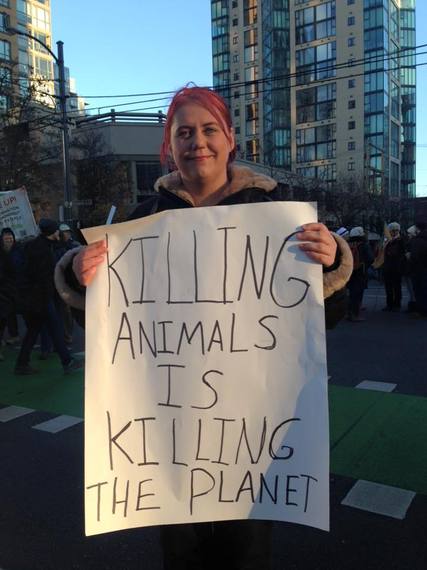 Do you have any great pics of climate vegan signs? Share in the comments below to inspire others for future environmental marches!