In an update to one of our stories, The Animal Foundation has announced their plans to become a No-Kill shelter! 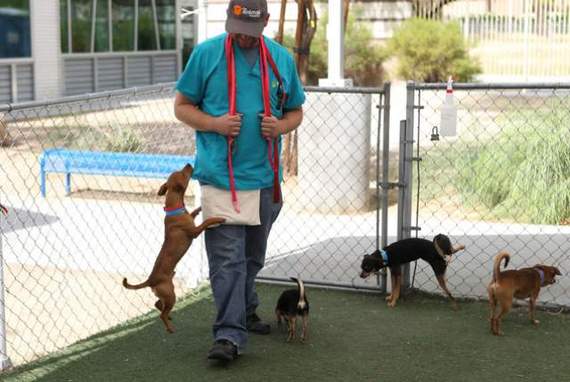 Long-time Animal Shelter operators at the nonprofit Animal Foundation announced plans for going "no kill" by 2020, announcing they plan to adopt the same model long touted by many of the foundation's loudest critics.

This is a fantastic move for the foundation, and amazing to hear the changes that can be made when individuals speak up, just like Arbor the painting dog, who used social media fame to support the cause.

"We want other communities to know that when they speak up, organize, educate and lobby elected officials, they can bring about change in their community shelter as well. Social media has played a large part in our success and to that we owe Arbor a big Bow Wow for her Facebook posts." Bryce Henderson, No Kill Las Vegas, President

Though it is a five year time line, the Animal Foundation will be working with Best Friends Animal Society, an organization that has a great track record of creating No Kill communities.

Congratulations to all those who spoke out, and applause to the Animal Foundation for making this change.