Flipping last year through one such book, which was published many years ago by a parents' group at my public high school, I was shocked to discover a cake recipe allegedly contributed by my mother. Shocked not because she never baked, but because it was for "Tomato-Juice Cake," which included you-know-what, and which to my knowledge Mom never made or even mentioned. Had she done so, I would have run screaming from our olive-colored kitchen, ashamed of and for her as kids are when their parents appear on telethons or wear miniskirts.

Why, of all the things she actually baked, did she affiliate her name with this nightmare in "Goodies From Our Galleys"? As she passed away three years ago I cannot ask her -- well, I can, but you know how it is.

But here's the thing. What seemed disgusting to me last year, seems disgusting to me now (I don't even like carrot cake or pumpkin pie) and would have seemed super-humongously-disgusting when "Goodies From Our Galleys" was new (I never read it, then) is now a thing. A trend. Actual chefs are making sweet desserts with "savory" vegetables.

I mean it. Mushrooms. Beets. 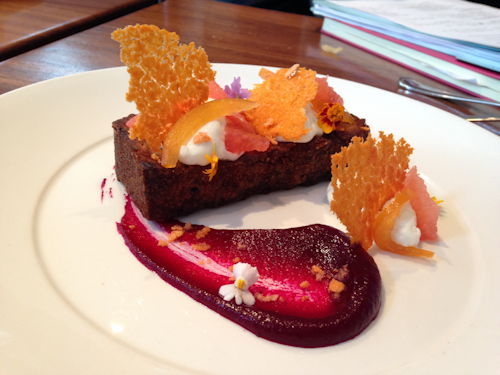 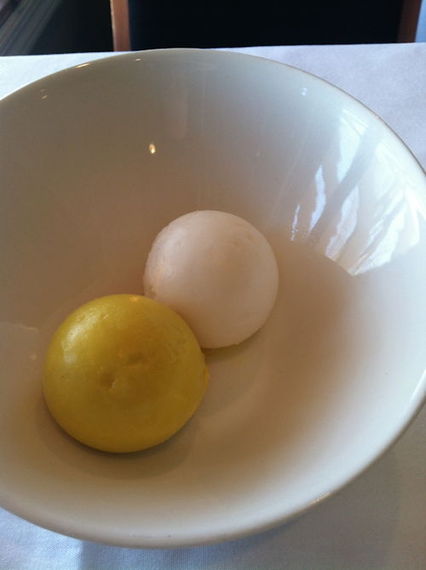 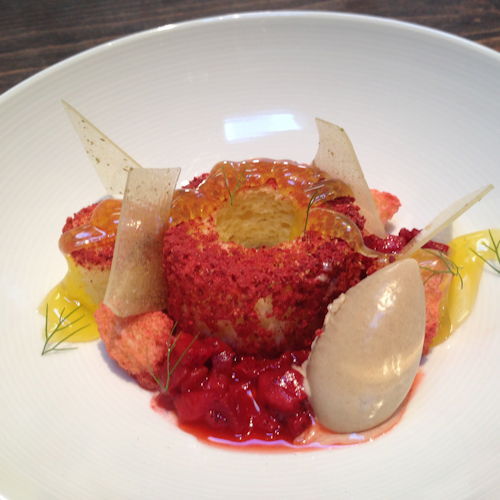 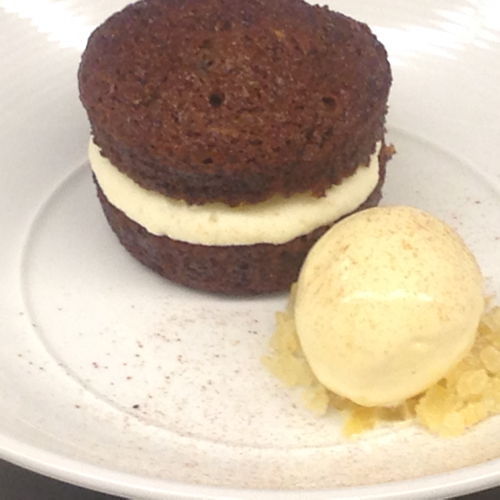 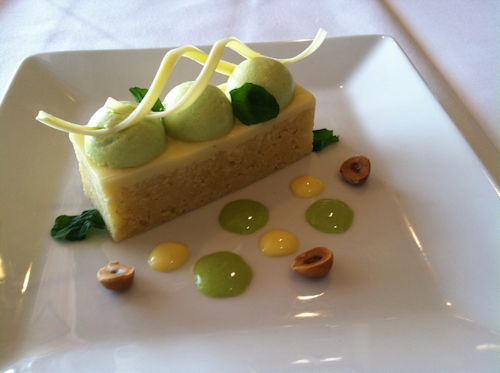 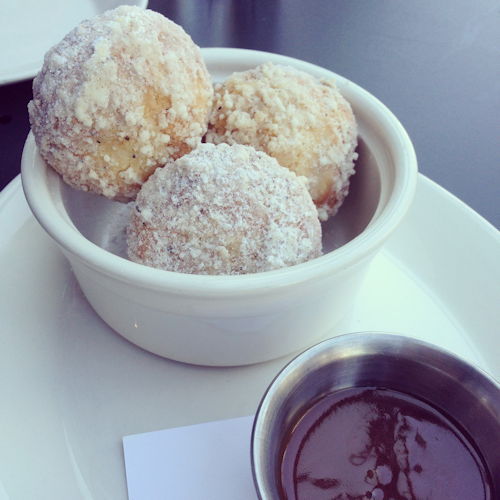 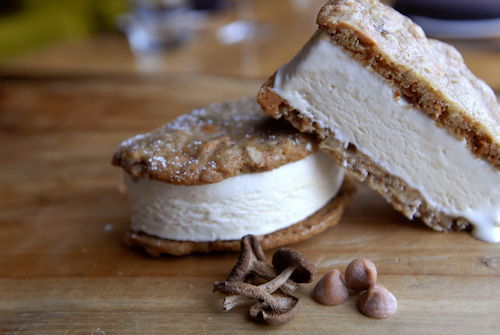 An ardent forager, Chef Stewart has also made candy-cap s'mores and candy-cap eggnog. 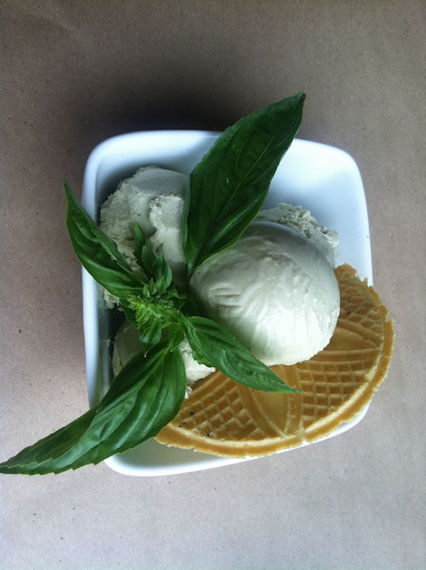 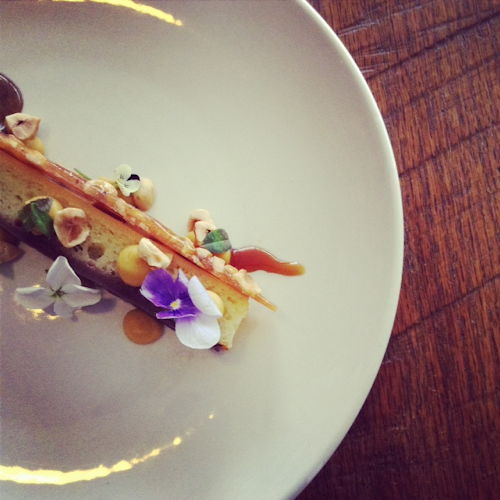 Kale muffins have been created by Executive Chef/co-owner Kathy Fang at San Francisco's Fang restaurant, in keeping with the kale wave that is currently sweeping the nation.

But not everyone's getting with the turnip-torte/cabbage-cannoli program.

"I'm honestly tired of all this sesame-seed ice cream and shiso jelly," Executive Chef Anthony Salguero told me yesterday at one of the Bay Area's most hotly anticipated new restaurants, Oakland's Bistro Michel. "I've done that. I've done the foams. It's fun, but I think some things should be kept as simple as possible. I'm going to make chocolate fondant and crème brulée in the traditional ways, but I'm going to make the best chocolate fondant and crème brulée that I can," said Salguero, who saves his beets for salad.

"Some things you just can't mess with."

So here's his chocolate fondant. One hundred percent parsnip-free: 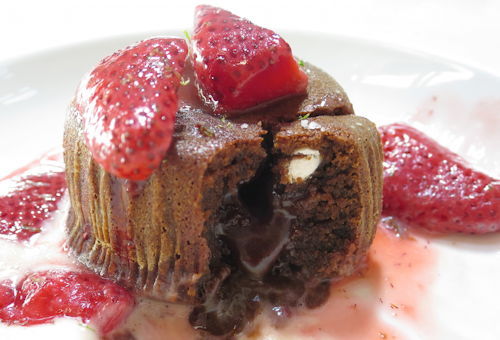 Peel and dice golden beets. Pass beets through a juicer and strain liquid through a chinoix. Bring sugar and water to a boil, cool and add to the beet juice. Allow base to sit overnight. Spin sorbet in batch freezer.