CARACAS, Venezuela -- On March 30, the Venezuelan National Assembly passed a law that would extend amnesty to more than 70 political prisoners in Venezuela and set the country on a path toward justice and reconciliation. Upon the proposed law's passing, President Nicolas Maduro promised to block it, claiming that it is unconstitutional. On April 7, he referred the proposed law to the Supreme Court, urging them to overturn it.

Four days later, the Supreme Court followed Maduro's orders: the law is unconstitutional. The decision is no surprise: Maduro stacked the court with party sympathizers last year and the Chavez-era court never once ruled against the government during Chavez's tenure from 2004 to 2013. Thus, in addition to demonstrating the lack of judicial independence in the country, the Supreme Court and Maduro's actions are undermining Venezuelan democracy and dismissing any hopes for a reunification of its fragmented society.

It is clear Maduro sees no need to respect his country's democratic institutions.

The proposed amnesty law is, in fact, constitutional, and it builds on a well-established precedent for amnesties in Venezuela stretching back 200 years. Historically, many instances of political and social conflict have been resolved through the conferral of amnesty. In 1811, the Venezuelan First Republic granted amnesty to rebels in Valencia and in 1827, the Cosiata separatists received amnesty as well. In the 19th century, presidents such as Carlos Soublette, Juan Crisostomo Falcon, Joaquin Crespo, and Rojas Paul also enacted amnesties in support of the unification of Venezuelans. In the 20th century, additional amnesties were granted by Cipriano Castro and Eleazar Lopez Contreras, further establishing a precedent of reconciliation and peace through amnesty in Venezuela.

More recently, in 2000, an amnesty law was passed by the legislative assembly of that era that allowed for the definitive closure of grave crimes that had been committed during the Chavez-led coup in 1992. That time, cases of murder -- killings that could have been considered crimes against humanity -- were summarily dismissed and soldiers who had been discharged for having taken part in the coup were even reinstated in their former positions as military personnel. 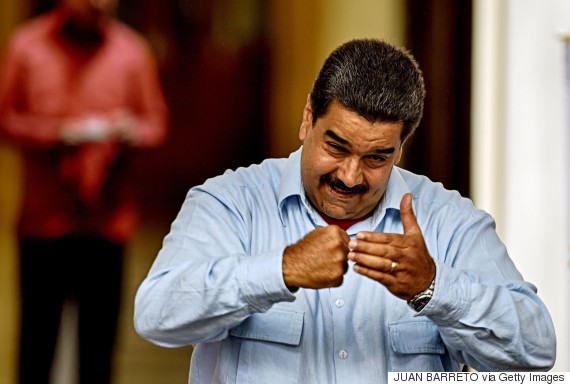 Maduro at the presidential palace in Caracas on April 7. (JUAN BARRETO/AFP/Getty Images)

Then in 2007, Chavez signed an edict terminating criminal proceedings that stemmed from the attempted coup against him in 2002. These amnesty rulings were motivated by a need for national reconciliation and national pacification -- just like today.

The current amnesty law is constitutional because it categorically prohibits the excusal of criminal acts that bear relation to crimes against humanity, war crimes and grave violations of human rights, as is required by Article 29 of the constitution. The law also stipulates that under no circumstance will amnesty be extended to people linked to drug trafficking or corruption, and especially those linked to crimes of terrorism.

The secretary general of the Organization of American States, Luis Almagro, called on Maduro to pass the law. And the United Nations Office of the High Commissioner for Human Rights publicly stated that the law was in line with international law and expressed disappointment at the law's rejection.

The amnesty law aimed to restore a type of justice that has long been absent in Venezuela.

The court's acceptance of this law would have been an impartial act that could have served as the first step in rebuilding recovering public confidence in an independent judiciary. Our client, the wrongly imprisoned Venezuelan opposition leader and prisoner of conscience, Leopoldo Lopez, has explained that amnesty is about justice, not impunity, for the persecuted political prisoners and their families. The law aimed to restore a type of justice that has long been absent in Venezuela, wherein no judge acts in a political manner, there are no political prisoners, there is no illegal alteration of evidence and no one can be judged on the basis of lies.

With his rejection of this law, President Maduro has denied any hope for peace and reconciliation in Venezuela. It is clear he sees no need to respect his country's democratic institutions. As Venezuela falls deeper into its humanitarian and economic crisis, we expect President Maduro to continue to disregard the autonomy of Venezuela's branches of government in order to maintain power. Last week, he threatened to cut the opposition-led National Assembly's term from 5 years to 60 days. 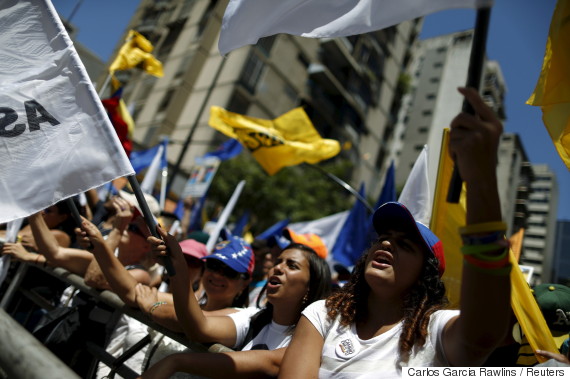 Opposition supporters at a rally against Maduro's government in Caracas on March 12. (REUTERS/Carlos Garcia Rawlins)

Venezuela is currently experiencing the biggest threat to its democratic order in recent memory. Countries around the world must stand with the Venezuelan people in defense of democracy and human rights, both in bilateral and multilateral settings. While some call for dialogue, there can be no meaningful dialogue without first releasing the political prisoners that are currently unjustly detained.

As has often been the case in Venezuela's history, amnesty is the only way forward. Maduro has the power to release the country's political prisoners and for the country to heal -- and he must.