Unprecedented pressure from other Latin American nations and dissent within its own ranks appear to have been the catalyst for the judicial reversal.

“This controversy is over,” Maduro said just after midnight to a specially convened state security committee that ordered the top court to reconsider.

The Supreme Court duly erased the two controversial judgments during the morning, the government said, and its president, Maikel Moreno, was due to address the nation later.

While Maduro, 54, sought to cast developments as the achievement of a statesman resolving a power conflict beneath him, his foes said it was a hypocritical row-back by an unpopular government that overplayed its hand.

“You can’t pretend to just normalize the nation after carrying out a ‘coup,’” said Julio Borges, leader of the National Assembly legislature. He publicly tore up the court rulings this week and refused to attend the security committee, which includes the heads of major institutions.

Having already shot down most congressional measures since the opposition won control in 2015, the pro-Maduro Supreme Court went further on Wednesday with a ruling it was taking over the legislature’s functions because it was in “contempt” of the law.

That galvanized Venezuela’s demoralized and divided opposition coalition and brought a torrent of international condemnation and concern ranging from the United Nations and European Union to most major Latin American countries.

The Supreme Court’s flip-flop may take the edge off protests but Maduro’s opponents at home and abroad will seek to maintain the pressure. They are furious that authorities thwarted a push for a referendum to recall Maduro last year and postponed local elections scheduled for 2016.

Now they are calling for next year’s presidential election to be brought forward and the delayed local polls to be held, confident the ruling Socialist Party would lose.

On Saturday, the National Assembly was holding an open-air meeting in Caracas, joined by hundreds of opposition supporters. Also on Saturday, South America’s MERCOSUR bloc was to meet in Argentina with most of its members unhappy at Venezuela.

The hemispheric Organization of American States (OAS) had a special session slated for Monday in Washington.

Even before this week’s events, OAS head Luis Almagro had been pushing forVenezuela’s suspension but he is unlikely to garner the two-thirds support needed in the 34-nation block despite hardening sentiment toward Maduro round the region.

Venezuela still can count on support from fellow leftist allies and other small nations grateful for subsidized oil dating from the 1999-2013 rule of late leader Hugo Chavez.

Maduro accuses the United States of orchestrating a campaign to oust him and said he had been subject this week to a “political, media and diplomatic lynching.”

Some criticism even came from within government, with Attorney General Luisa Ortega rebuking the court in an extremely rare show of dissent from a senior official.

“It constitutes a rupture of the constitutional order,” he said in a speech on state television on Friday.

Pockets of protesters had blocked roads, chanted slogans and waved banners saying “No To Dictatorship” around Venezuela on Friday, leading to some clashes with security forces.

Given past failures of opposition street protests, however, it is unlikely there will be mass support for a new wave. Rather, the opposition will be hoping ramped-up foreign pressure or a nudge from the powerful military may force Maduro into calling an early election.

He will be hoping to ride out this week’s storm and there is no immediate threat to his grip on power.

The former bus driver, foreign minister and self-declared “son” of Chavez, was narrowly elected president in 2013. His ratings have plummeted as Venezuelans struggle with an unprecedented economic crisis including food and medicine shortages plus the world’s highest inflation.

Critics blame a failing socialist system, whereas the government says its enemies are waging an “economic war.” The fall in oil prices since mid-2014 has exacerbated the crisis.

The Supreme Court’s move this week may have been partly motivated by financial reasons. The wording about taking over Assembly functions came in a ruling allowing Maduro to create joint oil ventures without congress’ approval.

That may have its genesis in the urgent need to raise money from oil partners to pay $3 billion in bond maturities due this month, analysts and sources say.

The government, though, was probably also seeking to further disempower the opposition as it made headroads turning international opinion against Maduro.

During Chavez’s rule, the socialists were proud of their electoral legitimacy after repeatedly winning votes so the increased questioning of their democratic credentials now stings and they have sought to stop some opposition leaders from traveling. 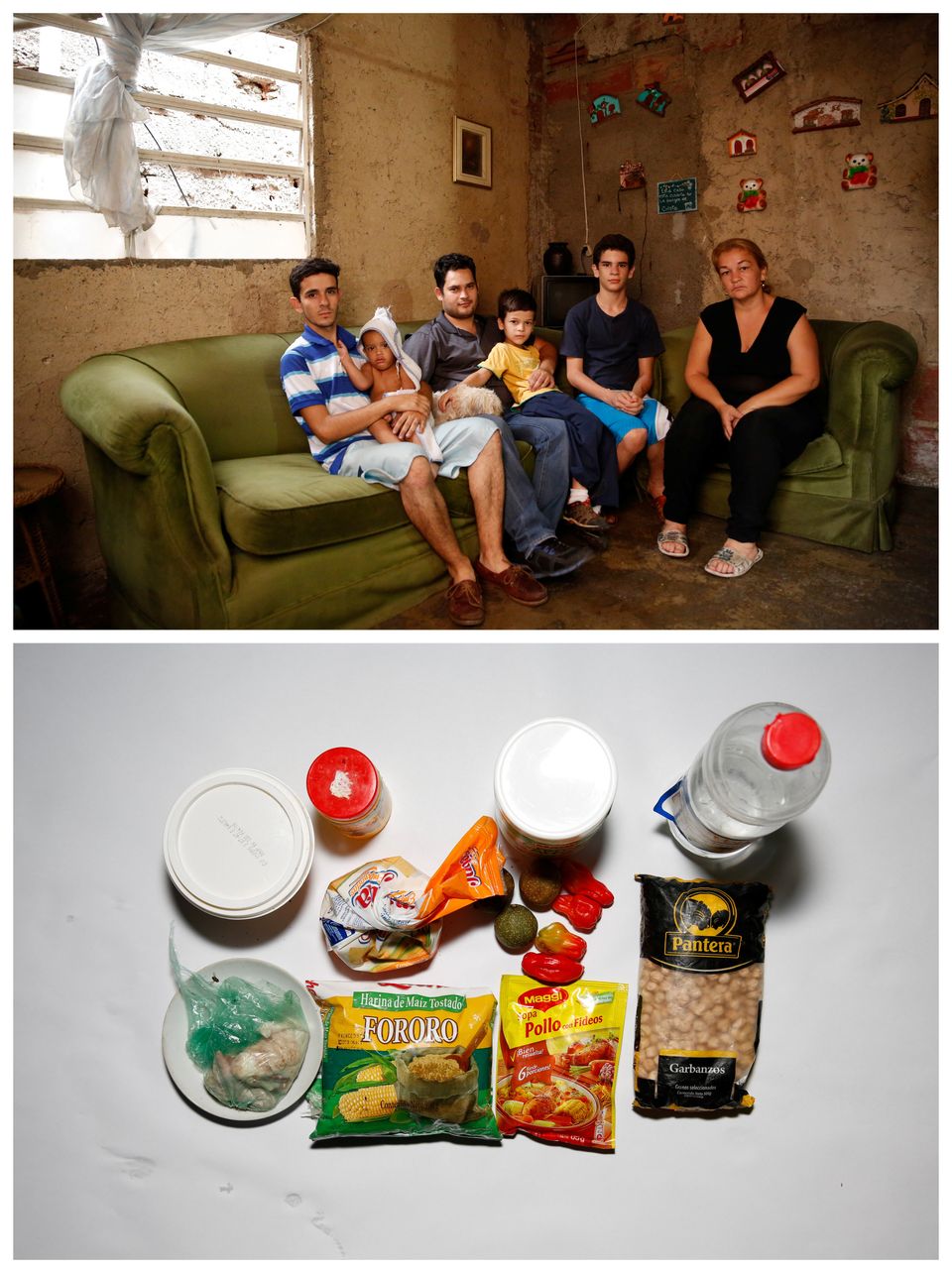 1 / 10
Venezuela's sky-rocketing prices and chronic product shortages have left many struggling to put regular food on their tables and maintain a balanced diet. Yunni Perez (R) sits&nbsp;next to her relatives above a photo of the food they have at their home in Caracas, Venezuela on April 22, 2016.
Carlos Garcia Rawlins/Reuters