The campaign for Venezuela's Dec. 6 National Assembly election is only three weeks long, but in the United States it started about six months ago with leaks by anonymous U.S. officials making unsubstantiated allegations that Venezuelan officials were running a "cartel." More recently, relatives of Venezuela's first lady Cilia Flores were arrested and taken (not extradited) to the U.S. after being lured by DEA agents to Haiti. Then last week, when an opposition politician was shot and killed, the secretary general of the Organization of American States, Luis Almagro, immediately joined Washington in trying to make it look like a political murder. Within a day, evidence from investigations appeared to show that the victim was likely a gang member killed by a rival gang.

To understand the strategy of the U.S. government and its allies -- including Almagro and now the president-elect of Argentina -- we have to look at what happened in the 2013 Venezuelan presidential election. In 2013, President Maduro won by 1.5 percentage points, but there was absolutely no doubt about the result. Because of the extensive safeguards in the voting process -- including an immediate audit, with witnesses, of a random sample of 54 percent of voting stations -- former U.S. president and election expert Jimmy Carter called Venezuela's election system "the best in the world."

But the Venezuelan opposition, not for the first time, rejected the result and claimed fraud, taking to the streets with violent demonstrations. The U.S. government, with almost no allies, backed the protestors by refusing to recognize the election results. The stage was set for increasingly violent conflict, but South American governments stepped in and publicly pressured Washington to join the rest of the world in accepting the results. 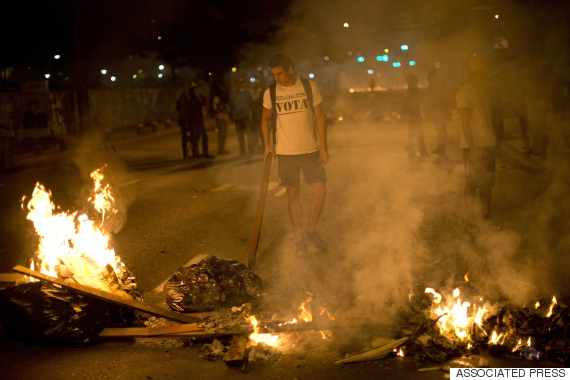 Now you can see where this is going, and possibly even predict the near future. The Venezuelan opposition is currently leading the government by a sizable margin in most national polls -- although this appears to be narrowing in the past week or so -- and this is what the U.S. and international media have been reporting. But these polls do not necessarily indicate who is going to win the National Assembly, or by how much. The margin of victory is very important because, for example, a two-thirds majority will give the legislature much more power.

The government party (the United Socialist Part of Venezuela, or PSUV) has millions of members and has for years demonstrated an ability to mobilize its voters. The opposition has no comparable organization or campaign, and this is a non-presidential election. Also, sparsely populated (mostly rural) states have more representation per voter than those with higher populations. In the U.S., 584,000 people or so in Wyoming get the same number of senators as almost 39 million Californians. In Venezuela, there is only one legislative chamber, so the small states' disproportional power is not as great as in the U.S. system. But it is significant, and unlike in the U.S., where the rural vote tends to be right wing, in Venezuela it leans more toward the Chavistas.

The result is that, win or lose, the opposition is very unlikely to do as well as the national polls indicate. So when the opposition is "surprised" by the results, we can expect claims of fraud. If the last 14 years of extralegal efforts (supported by Washington) to topple the government are any guide, the rejection of election results could turn violent. Last weekend, the head of Venezuela's leading opposition newspaper, Miguel Henrique Otero of El Nacional, declared that the opposition will take to the streets if they do not like the results. 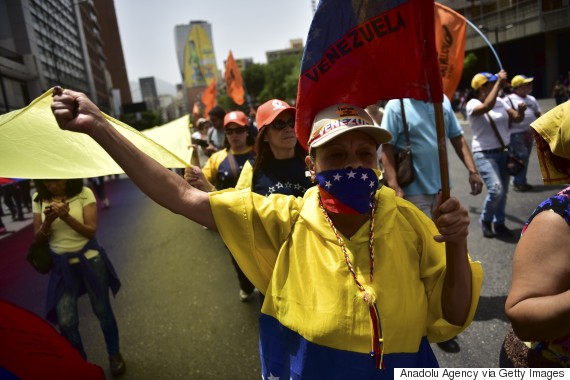 Venezuelans demand the release of political prisoners during a demonstration in Caracas in June, 2015. (Carlos Becerra/Anadolu Agency/Getty Images)

From the U.S. Congress, the Obama administration, allied non-governmental organizations and Almagro, there have been demands that the OAS be allowed to monitor Venezuela's elections. But it is very clear after what the OAS has done repeatedly in Haiti -- including the 2011 reversal of presidential election results without a recount or even a statistical test -- that OAS monitors cannot be considered neutral.

Washington's current campaign is targeted at the Latin American and hemispheric media, in order to increase political pressure on governments to not do what they did in 2013: publicly shame the U.S. into accepting the results of democratic elections. There will be international campaign events, including U.S. newspaper editorials, Senate hearings and more, every day in the next week and following the elections.

It is bad enough that all of these foreign actors are campaigning in another country's elections. But by attempting to delegitimize -- with no evidence of possible fraud -- the actual election results, they are promoting instability and possible violence.

Venezuela Votes Soon -- And the U.S. Isn't Missing Its Chance to Meddle
Tensions Rise In Venezuela